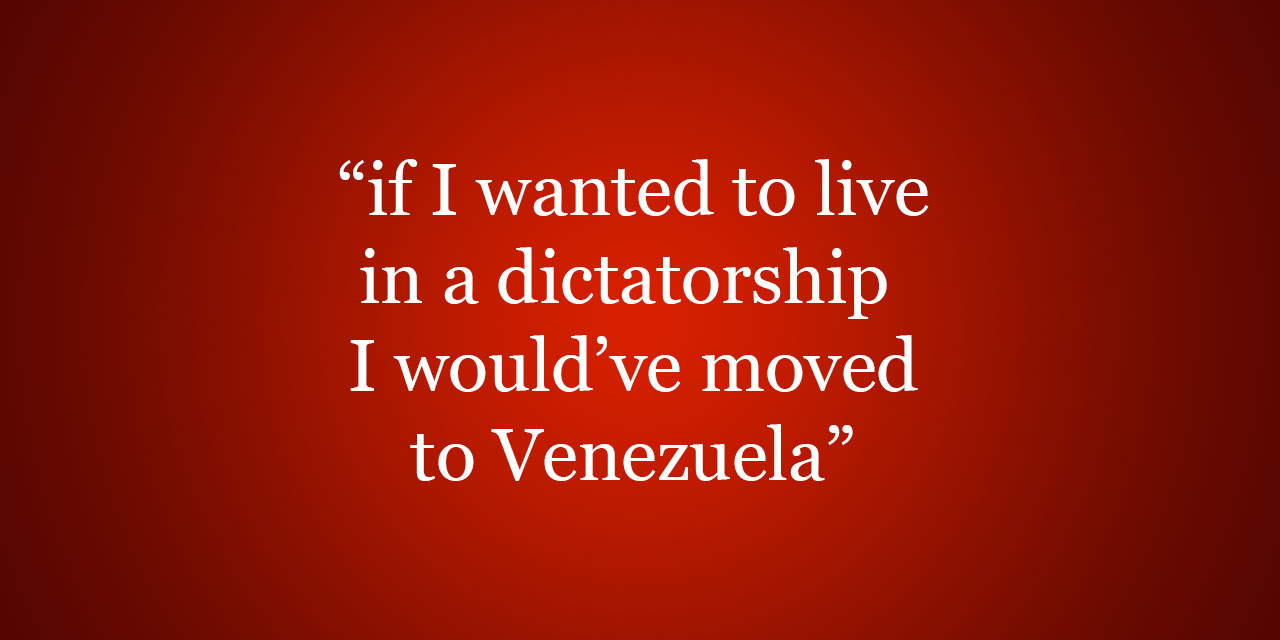 Colombia’s government and prosecution have abandoned the most basic principles of democracy. Without guarantees, this means my job here ends.

I promised my mother that she wouldn’t have to bury her son, a promise I cannot guarantee to keep if I continue reporting on an increasingly dictatorial regime without any safety guarantees.

My mother has always been a good mother and I owe it to her that I guarantee to honor my word, which I cannot do under the current circumstances.

It is evident that President Ivan Duque and his sad excuse for a government will go to any length to protect the criminal interests of his mafia overlords in complete disregard of democracy.

Democracy in general and journalism in particular have always been a threat to criminals, just like criminals have always posed a threat to reporters who unmask them and the law that judges them.

Reporting is never without risk, but generally to an acceptable level as long as both the government and the free press are committed to democracy and the rule of law.

In Colombia, this is no longer the case for an independent reporter. This self-proclaimed legitimate government — and the prosecution in particular — increasingly serves the interests of organized crime instead of the public..

This puts journalists who serve the public instead of criminals on the wrong side of the law unless they sell out.

So far I have been the victim of death threats, a raid, verbal abuse and fraud, nothing I couldn’t handle despite a lack of response from the law and Colombia’s press freedom foundation being corrupt and useless. I’m on my own.

I was able to convince my landlady that a bomb insurance was unnecessary as they assassinated the pregnant lawyer downstairs without doing any property damage and was able to avoid being evicted for doing journalism after explaining this was legal.

Duque’s disregard for democracy, organized crime’s influence over the prosecution and the authorities’ servitude to one of the most violent criminals I have ever known, former Medellin Cartel associate Alvaro Uribe, puts me at such risk that I have to draw the line.

I have a conservation with my embassy planned this morning in which I will ask if international law or the international community can provide my colleagues and I with the security guarantees that allow us to do our job.

If the answer is no, I will have to think about what to do. I have no intention to stop reporting on Colombia, but I will not risk breaking the promise I made to my mom.

I don’t know if I want to leave Colombia and abandon all I have yet. All I know is that the freedom of the press I need to work no longer exists in Colombia and if I wanted to live in a dictatorship I would’ve moved to Venezuela.