Posted By: Kate Mayberry 9 months ago 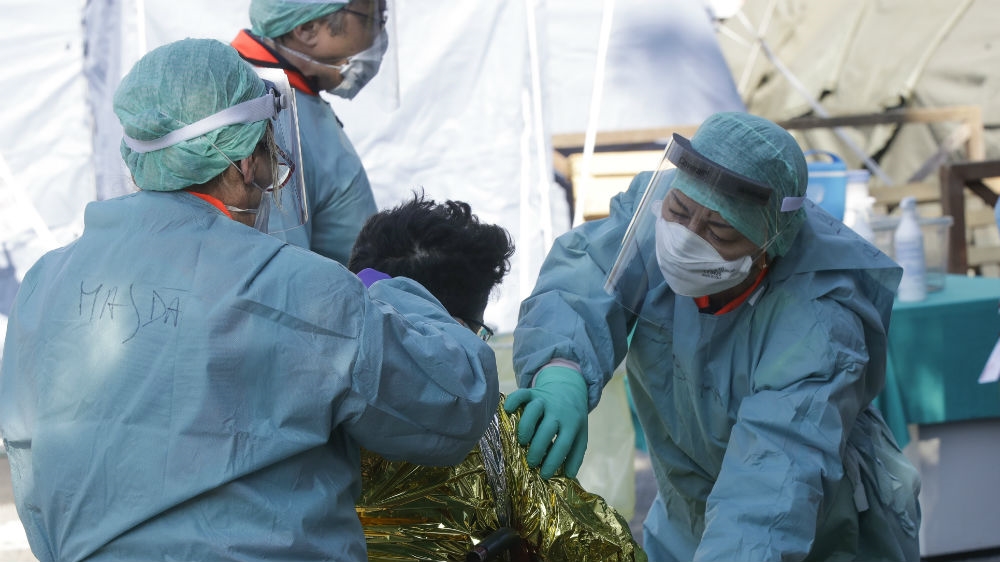 The WHO is urging countries to ‘test, test, test’ as the coronavirus pandemic deepens [Luca Bruno/AP Photo]

The World Health Organization (WHO) has described the coronavirus pandemic is the “defining global health crisis of our time”, and urged countries to test all suspected cases of COVID-19.

“We have a simple message to all countries – test, test, test,” WHO Director-General Tedros Adhanom Ghebreyesus told a news conference in Geneva on Monday. “All countries should be able to test all suspected cases. They cannot fight this pandemic blindfolded.”

The United States and countries across Europe, Asia and the Middle East have closed schools, entertainment venues and all but essential services, in an effort to combat the virus.

Governments are limiting travel – inward and outward – to curb the movement of people. The Philippines has put the entire island of Luzon under lockdown, while Malaysia will effectively close off the country from March 18. South Korea and China, wary of imported infections, have also tightened requirements for international arrivals.

Globally, the virus has now infected more than 168,000 people and killed at least 6,610, according to the WHO.

This is Al Jazeera’s continuing coverage of the coronavirus pandemic.

South Korea has just given its latest updates – reporting 84 new coronavirus cases, the third day in a row that the country has had fewer than 100 new infections.

The new numbers are well below a Feb. 29 peak of 909, and bring the country’s total infections to 8,320, the Korea Centers for Disease Control and Prevention (KCDC) said.

The death toll rose by two to 81, the KCDC added.

A further 264 patients have been released after recovering, bringing the total to 1,401, it added.

01:40 GMT – Inmates break out of Brazil jails ahead of suspension of day-release programme

Hundreds of prisoners broke out of four Brazilian jails on Monday, the day before the suspension of a day-release programme because of the coronavirus outbreak, Sao Paulo state prison authorities and local media reported.

The Sao Paulo state prison authority said it could not say how many inmates had escaped as it was “still tallying the exact number of fugitives.” Local media reported that as many as 1,000 had fled from four jails – Mongaguá, Tremembé, Porto Feliz and Mirandópolis.

The Sao Paulo state prison authority said “acts of insubordination” had taken place at the jails.

The suspension was necessary, it added, because 34,000 convicts would be returning to jail and “would have a high potential to install and propagate the coronavirus in a vulnerable population, generating health risks for servers and custodians.” It said law enforcement were “taking care of the situation.”

Iceland is undertaking widespread testing of the general population with a higher proportion of its 364,000 people being tested for COVID-19 than anywhere else in the world.

The authorities have identified 218 cases identified since the first case on 28 February, with three people in hospital. There have been no deaths.

Tests show about half the cases are among people who visited the European Alps.

“There are strong indications that our efforts to contain the spread of the virus have been effective,” Thorolfur Gudnason, Chief Epidemiologist said. “About half of the diagnosed cases are from individuals who had been quarantined. Our focus is to protect those must vulnerable from contracting the virus, while trying to ensure that the overall spread of the virus remains slow. We are optimistic that the combined efforts to test a large part of the population will provide insights that can contribute to the world’s response to this pandemic.”

Iceland is working with deCode Genetics on virus testing and expects to test 1,100 people a day.

Its measures to tackle the virus also inlcude contact tracing, social distancing, public efforts to increase awareness on hand hygiene, and voluntary self-quarantine measures (about 1,700 people are currently in self-isolation).

Venezuelan President Nicolas Maduro will implement a nationwide quarantine after detecting 16 new cases of the novel coronavirus on Monday.

“It is necessary, it is indispensable, it is the response,” Maduro said in an address on state television.

The country began a quarantine in a handful of states, which Maduro said had been successful. The total number of cases in the South American country currently stands at 33.

Maduro added that the country would be receiving shipments of medicine from Cuba and protective gear and “thousands” of test kits from China. He also said the government would be announcing benefits for citizens, without providing details.

The collapse of oil prices in the past week, due to a drop in demand related to coronavirus as well as a price war between top producers Saudi Arabia and Russia, threatens to aggravate the six-year recession in Venezuela’s oil-dependent economy.

Colombia’s President Ivan Duque has just announced the country will close all its borders – from March 17 until May 30 in a bid to stop the spread of the coronavirus.

Mainland China had 21 new confirmed cases of coronavirus infections on Monday, the National Health Commission said on Tuesday, up from 16 a day earlier. The central province of Hubei reported one new cases, while there were 20 new imported cases.

The country recorded 13 COVID-19 deaths on Monday, 12 of them in Hubei. Of those, 11 were in the provincial capital of Wuhan where the virus first emerged late last year.

You can read all the latest updates from yesterday (March 16) here.