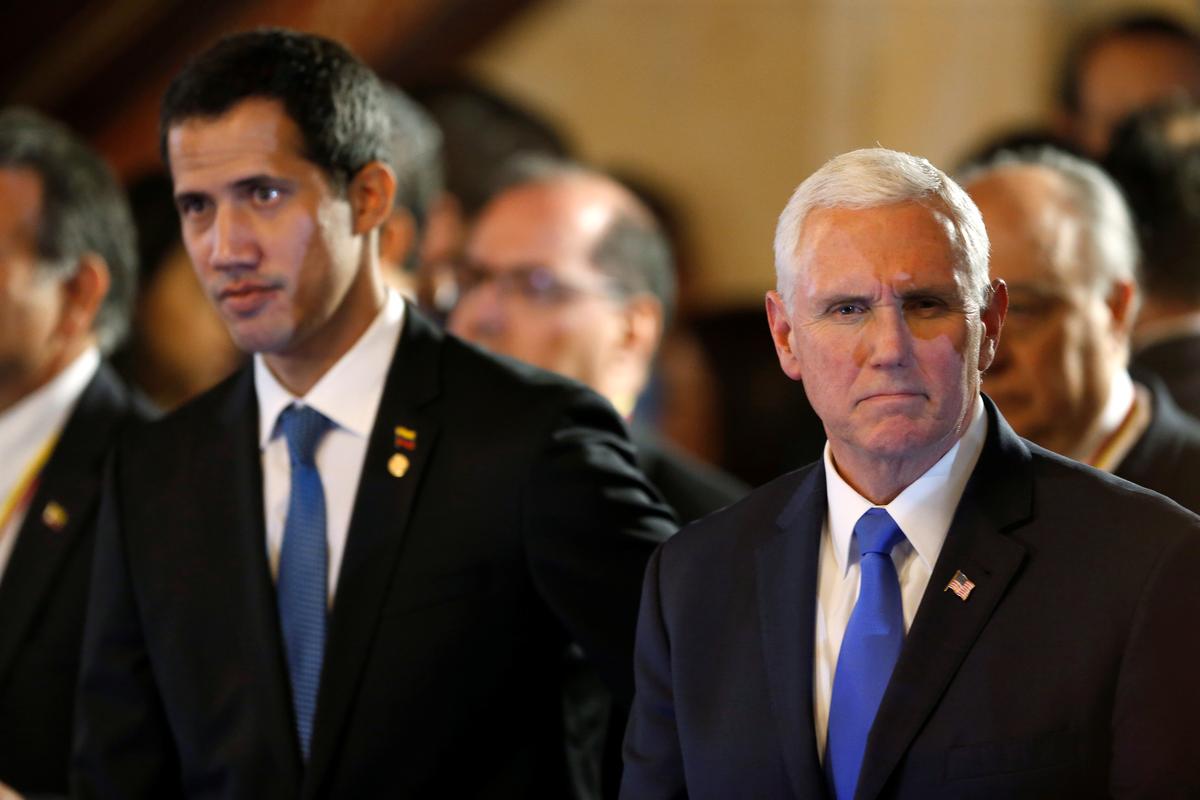 WASHINGTON (Reuters) – U.S. Vice President Mike Pence congratulated Venezuelan opposition leader Juan Guaido for his re-election as head of Congress, describing Guaido as the “only legitimate president” of Venezuela, a person familiar with the matter said.

Pence made the remarks in a 10-minute call on Monday afternoon, the source said, after Venezuela’s socialist government installed a new head of Congress, with armed troops blocking opposition legislators from entering parliament.

Pence described the moment as “an inflection point in terms of freedom and democracy moving forward in the country,” the person said. The Wall Street Journal was the first to report on the call.