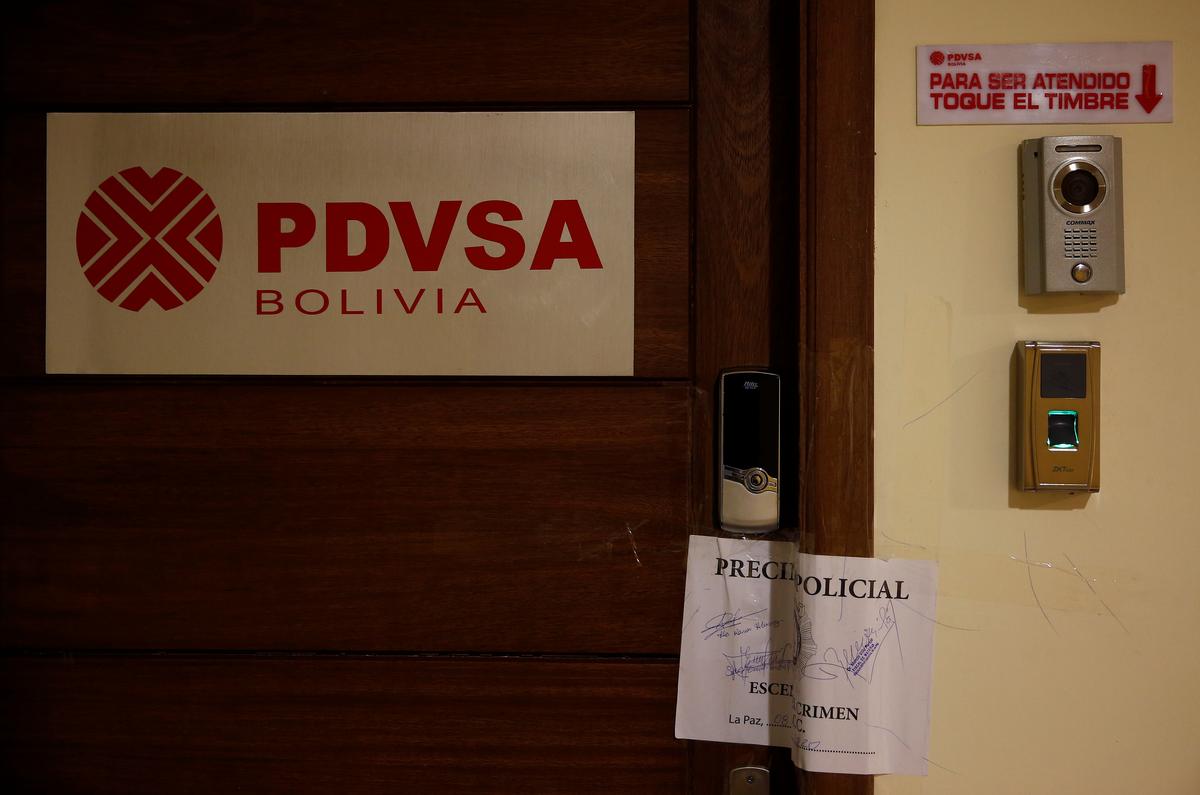 CARACAS (Reuters) – Venezuela’s state-run oil company PDVSA said its financial debt fell less than 0.1% in 2019 from the prior year to some $34.5 billion, though it remained in default on its bonds as sanctions freeze it out of the global banking system.

PDVSA, which is short for Petroleos de Venezuela S.A., has stopped paying interest on most its bonds, and together with Venezuela’s government has accumulated billions of dollars in late interest payments.

The company’s announcement, in the form of an advisory in a local newspaper last week, said it owed almost $25.2 billion to bondholders, up slightly from $24.7 billion at the end of 2018.

PDVSA said its commercial debts with foreign joint venture partners, including Chevron Corp and China National Petroleum Corp [CNPET.UL], dipped to $2.65 billion by the end of 2019, down from $2.66 billion at the end of the prior year.

The company, which has not published a complete annual report since 2017, did not detail other obligations, such as pending debt to providers, an issue that has contributed to declining output in recent years.

Venezuela reported to OPEC an average crude production of about 1 million barrels per day (bpd) in 2019, its lowest level in almost 75 years amid sanctions imposed by the United States to oust socialist President Nicolas Maduro, lack of investment capital and staff, and mismanagement.