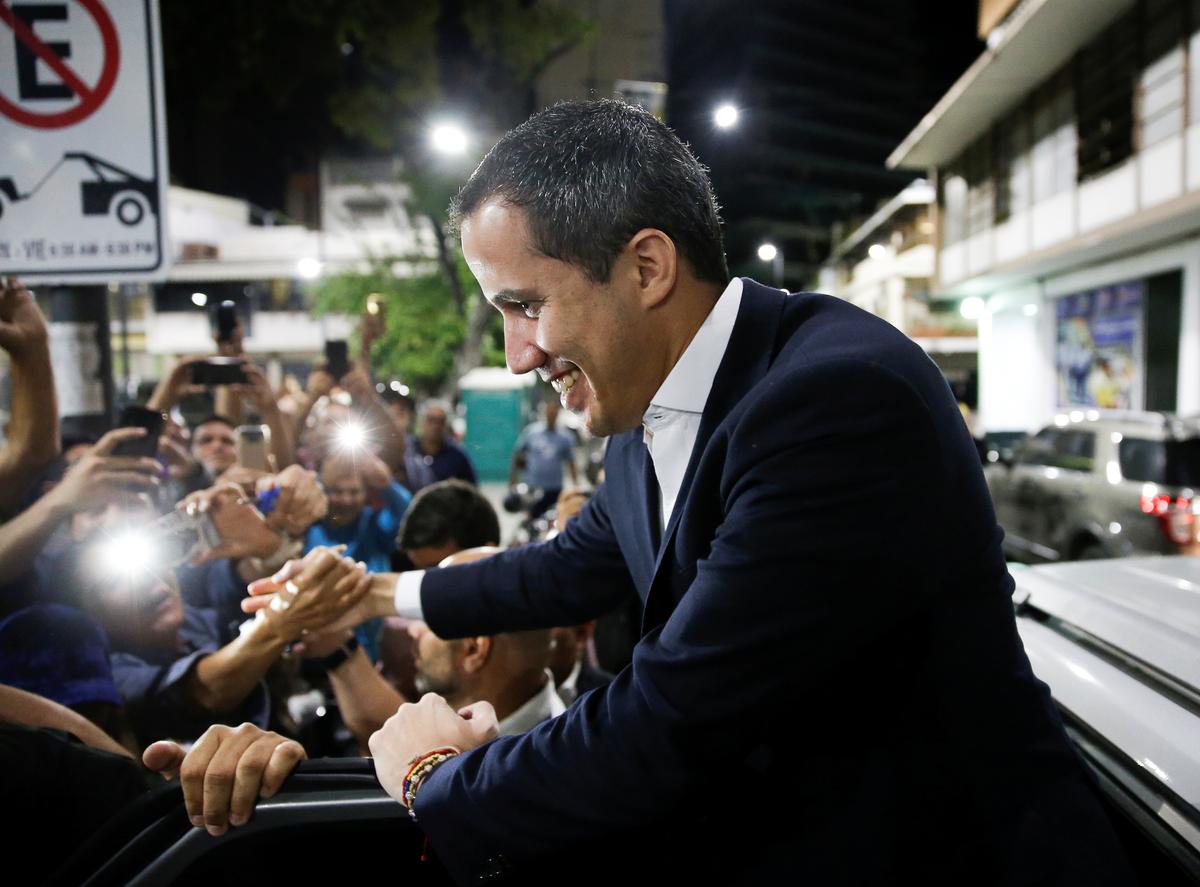 Venezuela’s opposition leader Juan Guaido, who many nations have recognized as the country’s rightful interim ruler, greets supporters as he arrives at a meeting in Caracas, Venezuela February 11, 2020. REUTERS/Manaure Quintero

CARACAS (Reuters) – Venezuelan opposition leader Juan Guaido returned to his country on Tuesday after traveling to North America and Europe, capping a three-week tour in which he was widely celebrated by foreign leaders.

He entered Venezuela via the country’s main airport, Maiquetia.

Guaido, who is recognized as Venezuela’s rightful president by more than 50 countries, was received at the White House and feted at the World Economic Forum in Davos after slipping out of the country in January in defiance of a travel ban by the government of President Nicolas Maduro.

He now faces an opposition movement that has struggled to maintain the frenetic street protests of 2019 and has been unable to end Maduro’s grip on power.

Maduro calls Guaido a puppet of Washington, which has implemented a broad sanctions program against the ruling Socialist Party in an effort to force him from power.