Posted By: Elizabeth Melimopoulos 7 months ago 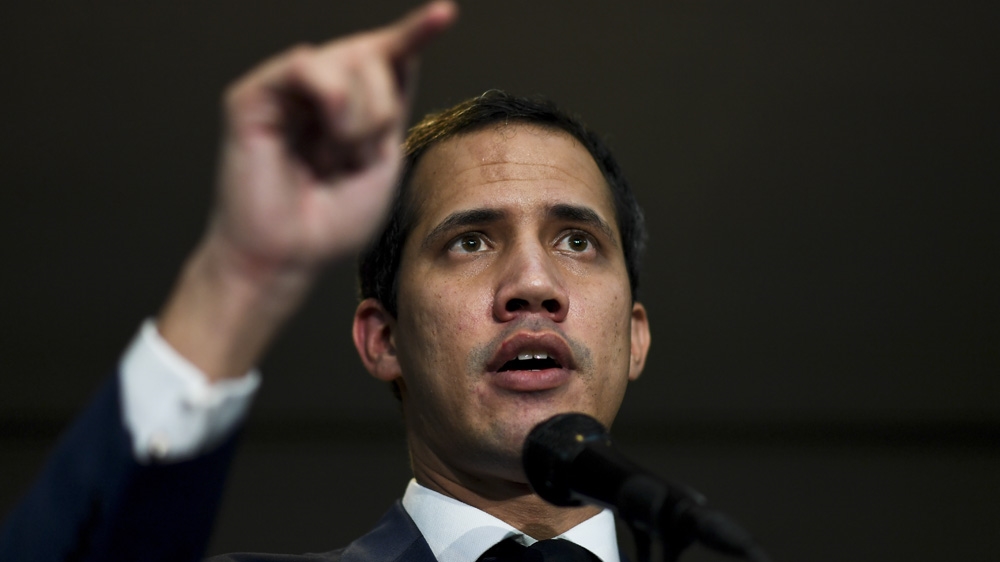 Luis Parra was sworn-in as the new speaker of Venezuela’s National Assembly on Sunday after security forces prevented opposition leader Juan Guaido and other lawmakers from entering the building, prompting them to hold their own election for chief of congress.

Guaido was re-elected speaker in that vote, which took place at a newspaper office hours after Parra, a rival of Guaido, had been installed in the role.

“ALERT! Parliamentary coup. Without votes, nor a quorum PSUV (the ruling party) deputies are trying to swear in a false leadership,” the opposition said on Twitter.

Guaido was seen clashing with security forces while the session took place.

“I do not understand how they prohibit access to the parliamentarians that the people have chosen,” Guaido said. “Let the whole world see how they’ve militarised access.”

Parra was shown on local media taking part in what seemed to be an improvised swearing-in-ceremony after being elected with the votes of the ruling Socialist Party (PSUV) and defectors from the opposition coalition.

“Here today it is demonstrated that the constitutional process has a time, a date and a specific place, those excuses of not attending .. I think we left them behind,” Parra told state television.

He rejected claims from Guaido’s team that the correct protocol had not been observed.

“This institution is not Juan Guaido, who represents the past, it’s a [legislative body] with lawmakers that have the right to vote and disagree,” he added.

In a televised speech, President Nicolas Maduro acknowledged Parra as speaker saying that parliament had a “new board of directors”.

Parra has recently been accused of corruption; allegations he denies.

One video distributed by Guaido’s team showed him trying to jump a fence while he was pushed by security forces.

Juan Romero, a member of Venezuela’s PSUV party in the state of Zulia said the move only reflected the divisions within the opposition parties.

“This situation will end fragmenting more the current opposition, and shows the failure of a strategy,” Romero told Al Jazeera.

“The decision only favours the current government of Nicolas Maduro, who obtains a break from the current political impasse, and only weakens further Guaido and his party,” he added.

Translation: This happened outside of the [National Assembly], the regime prevented us from entering by force. In brief there will be a formal [parliamentary session].

Separately, a US official dismissed the move as a “desperate action,” saying that it did not meet the minimum constitutional standards.

“This action from the government has activated once again the political reaction from the people, and we enter a new stage of conflict,” Jose Meza, a Venezuelan journalist and analyst, told Al Jazeera.

“Right now the question that the country has is who do we have in power: do we have two presidents? Nicolas Maduro, [self-proclaimed interim president] Juan Guaido, and two presidents in the National Assembly?”

Venezuela and US cooperation

In the past weeks, Venezuela’s opposition and the US accused Maduro of trying to prevent Guaido’s potential re-election by bribing and harassing lawmakers.

Late last month Elliott Abrams, the United States special envoy to Venezuela, accused Maduro of trying to block the re-election by bribing the deputies with up to $500,000.

“Venezuela’s government is trying to do is to deactivate Guaido and his party,” Carlos Pina, a political analyst told Al Jazeera.

“The government could have taken this decision thinking that the US will not take part because of the current problems it has with Iran and the Middle East.”

“But this assessment could be wrong, and the US could take action in the next hours, meanwhile, in the middle of the power struggle taking place in the National Assembly, the government could also end calling for new parliamentary elections,” he added.

Venezuela has been mired in political crisis since January last year, when Guaido declared himself interim president alleging that Maduro re-election in May 2018 was illegitimate.

Guaido has since been backed by dozens of countries including the US and UK.

Maduro has accused the opposition of stirring up violence and of attempting a coup with the help of the United States.

The country is also facing economic problems, including hyperinflation and a lack of basic services such as electricity, water and transportation has severely affected much of the population.

“We still have hope for a change,” one Venezuelan told Al Jazeera.

“If we lose this hope, then what’s left? Right now, I’m optimistic and eager to take to the streets again and to send a clear message, this is enough, something different needs to happen,” he added.