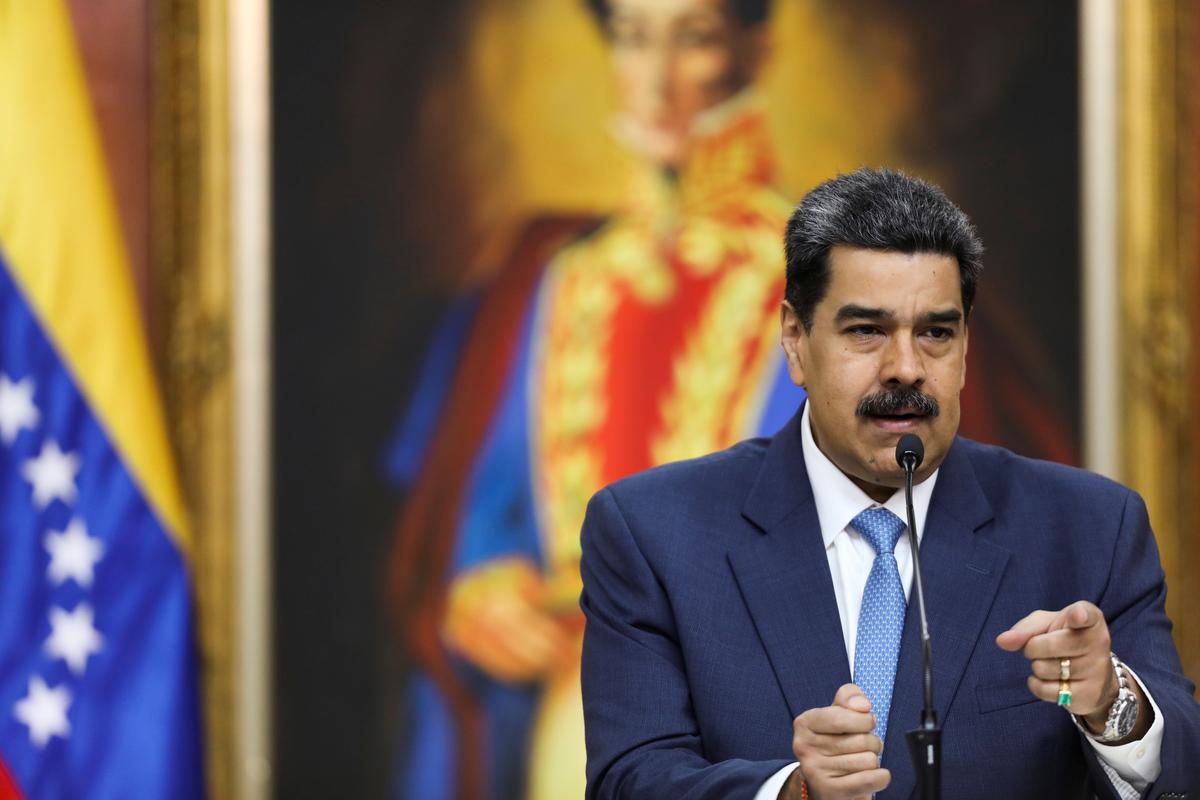 CARACAS (Reuters) – Venezuelan President Nicolas Maduro said on Friday his decision to allow transactions in dollars in the crisis-torn South American country was “correct” and taken “in the midst of a war.”

Maduro, a socialist, accuses the United States of waging “economic war” on the OPEC nation through sanctions on its crucial oil sector. The economy is in its sixth year of recession, marked by hyperinflation, shortages of basic goods, and the emigration of millions of Venezuelans.

In response to a question from Reuters about whether the rise in dollar transactions exacerbated inequality between Venezuelans with access to foreign currency and those without, Maduro said the change had “breathed oxygen” into the economy called on his cabinet to “reflect” on its adverse effects.

“I am conscious of the inequalities that result from this,” Maduro told reporters in a rare press conference for international media. “We have an economy of resistance in a situation of economic war.”