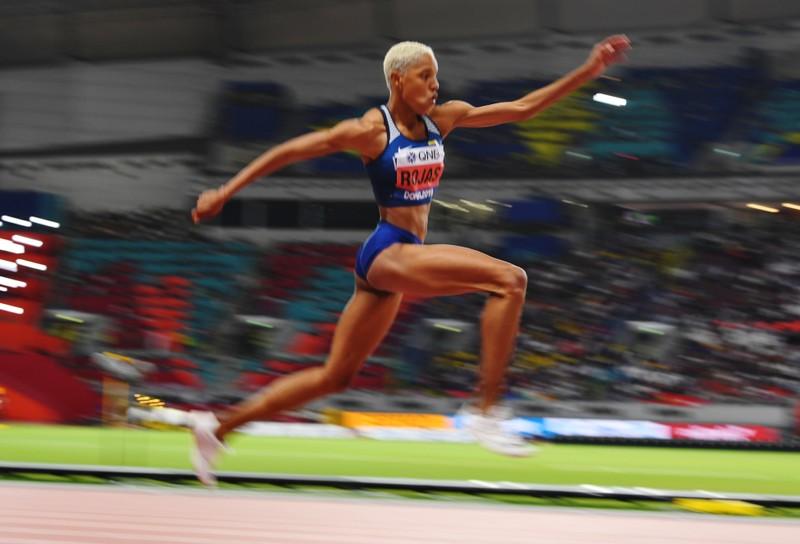 DOHA (Reuters) – Venezuela’s Yulimar Rojas retained her world triple jump title on Saturday with a display which reflected her recent dominance of the event as she twice soared past 15 meters.

The 23-year-old won with a huge jump of 15.37 meters, only four centimeters short of the second longest jump in history that she produced in Spain last month.

Jamaica’s Shanieka Ricketts took silver with 14.92 meters and Colombian Caterine Ibarguen, the Olympic champion and until recently Rojas’s closest rival, was third with 14.73.

Rojas is the only Venezuelan to have ever won a world athletics title and she said she hoped her success would be an inspiration to her country which is mired in a political and economic crisis that has led to an estimated four million citizens abandoning the country.

“I fight, for my country, to lift Venezuela’s profile in the world and I think people are grateful for what I do,” she told reporters.

“It makes me happy that I bring some happiness to my country and that children are influenced by me and each day kids look at me as an example… an example that the country can go forward.”

Rojas, who trains in Spain with former Cuban long jumper Ivan Pedroso, said she wanted to try to beat the world record of 15.50 meters set by Ukraine’s Inessa Kravets in 2015 and win Olympic gold next year.

“It’s something I have my eye on,” she said. “I have advanced a lot, I am very close but I am very young, I have a long way to go. I have to work hard in the next year and improve centimeter by centimeter.”

Rojas quickly established a lead with a jump of 14.87 in the first round but there was more to come. She bettered that with 15.37 in the second and went 15.18 with her fourth attempt.