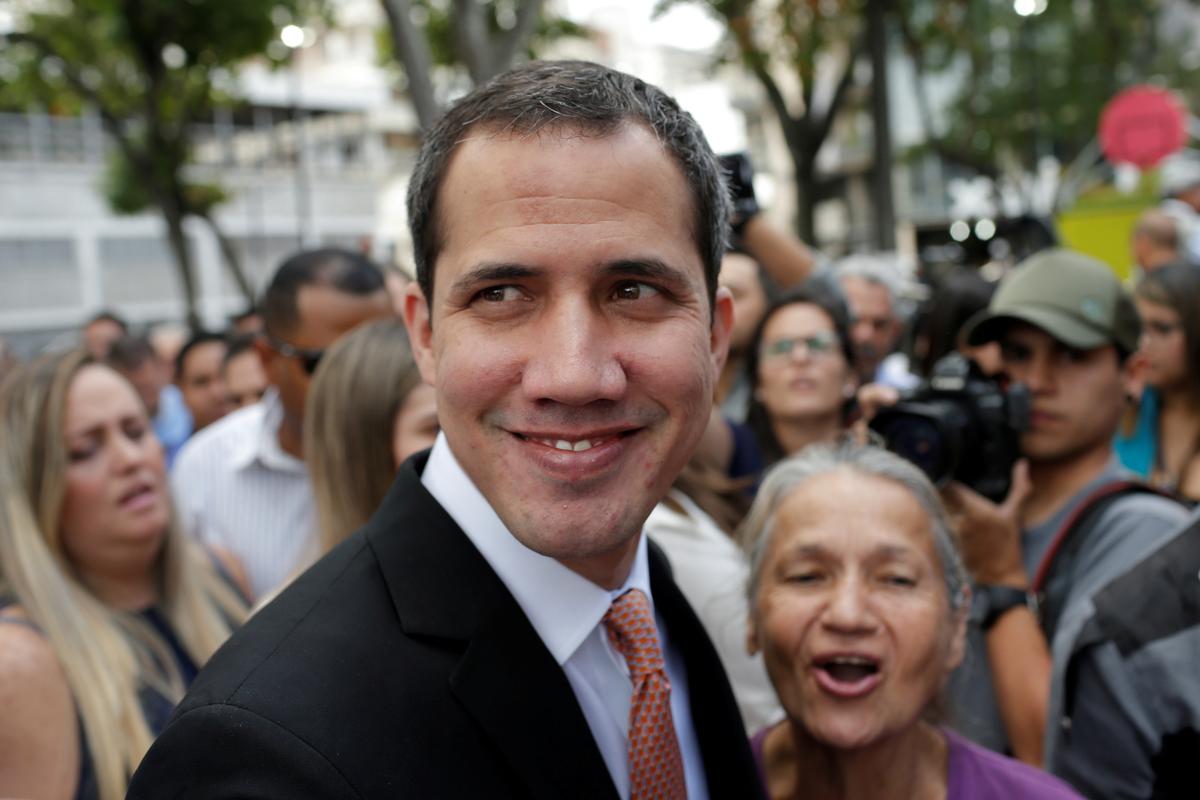 CARACAS (Reuters) – Venezuelan opposition leader Juan Guaido on Wednesday called President Nicolas Maduro “cowardly” for allegedly detaining his uncle, who has been reported missing since they arrived at Caracas’ main airport on Tuesday.

FILE PHOTO: Venezuelan National Assembly President and opposition leader Juan Guaido, who many nations have recognised as the country’s rightful interim ruler, arrives for a session of Venezuela’s National Assembly at a square in Caracas, Venezuela February 12, 2020. REUTERS/Manaure Quintero

Juan Jose Marquez, who was with Guaido on his return to Venezuela after a three-week international tour, passed “migration normally, and as he was about to leave … he was held for an alleged Seniat review,” Guaido’s press team wrote on Twitter. Seniat is Venezuela’s national tax agency.

At the airport, Guaido was met by a throng of supporters as well as pro-government agitators who pushed and shouted insults at him and attacked journalists, photographers and opposition lawmakers there, according to Reuters witnesses.

“It retains a member of my family … the cowardly dictatorship,” Guaido told reporters when he arrived at a square in eastern Caracas where the National Assembly, dominated by the opposition, was about to begin a session.

As Maduro “is a coward (…) who does not show his face, who does not dare to step in a public square without security (…) he mounts an attack against my family,” he added.

Romina Botaro, Marquez’s wife who arrived to the plaza with Guaido, said her husband was an airplane pilot who had nothing to do with politics.

“Like any protective uncle, he wanted to accompany his nephew’s return to the country,” Botaro added. She said the family does not know Marquez’s whereabouts.

The Ministry of Communication did not respond to a request for comment.

Upon arrival in Venezuela, Guaido said pressure against Maduro’s government will increase because the country “bleeds out” and must be “saved.”

Guaido, who is recognized by more than 50 countries as Venezuela’s legitimate president, hopes to revive the inertia of 2019 when he led a groundswell of protests against Maduro.

Maduro calls Guaido a U.S-backed puppet who seeks to oust him in a coup.