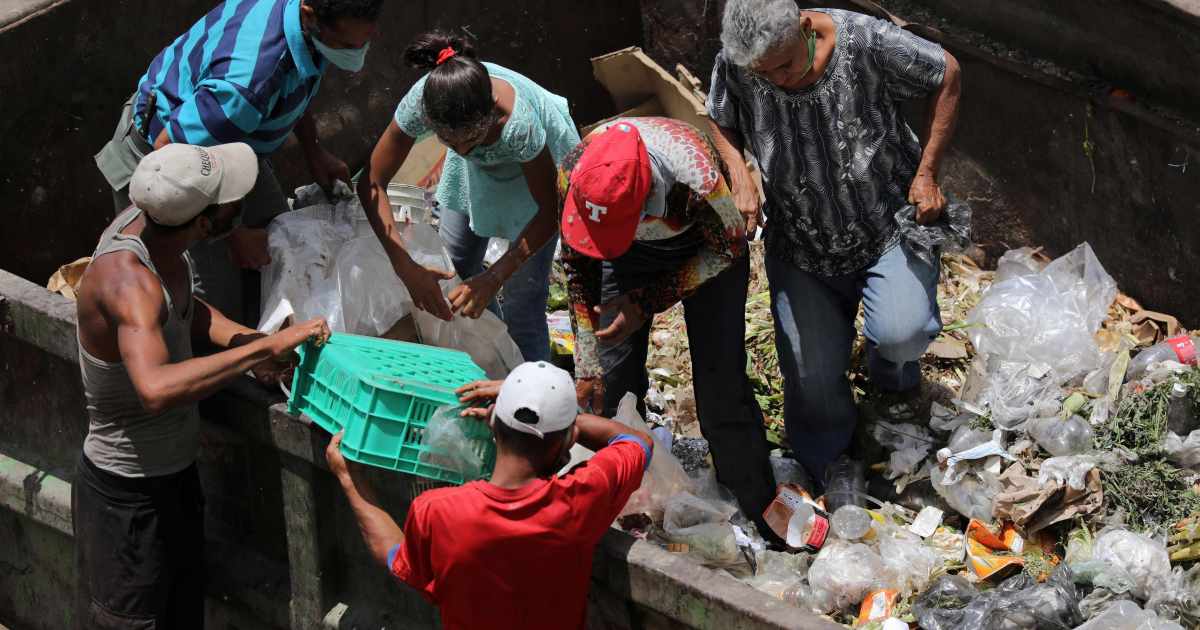 Venezuela has been battling shortages of food, medicine and gasoline amid a worsening economic crisis and tough US sanctions on its government [File: Manaure Quintero/Reuters]

Venezuela’s government is encouraging private firms to sign import and export deals with companies in Asia and the Middle East as part of an effort to limit the effect of United States sanctions, according to four sources with knowledge of the matter.

The plan expands on Venezuelan President Nicolas Maduro’s existing commercial relationships with allies such as Turkey and Iran, which have already been providing the cash-strapped government with food and fuel in exchange for gold.

Vice President and Finance Minister Delcy Rodriguez has been developing the strategy for over a year, according to the sources, paving the way for private firms to export pineapples and mangos to Iran and import pasta from Turkey.

Rodriguez has created a new vice ministry of foreign commerce and sent allies to these new markets to promote private trade deals, according to public statements, seeking ways around a broad sanctions package meant to force Maduro from office.

Because operations of private Venezuelan companies are not explicitly targeted by US sanctions, shifting trade away from state-run firms and towards private enterprise makes foreign partners more interested in Venezuela deals, said the sources, who asked not to be identified.

Venezuelan companies also benefit from trading with firms in Turkey or Iran because Western hemisphere businesses are so scared of sanctions they at times avoid operations even when the US Treasury has explicitly authorized them, the sources said.

Though the total volume of trade remains low, it signals a new effort on the part of the governing Socialist Party to skirt sanctions the incoming Biden administration is expected to maintain even though they show few signs of toppling Maduro.

“They’re creating a new institutionality to confront sanctions,” said one finance sector source with direct knowledge of the strategy.

“There’s a transition from the West to Asia and the Middle East. With the difference that they’re going to allow private players to participate in the business without the government’s involvement.”

Rodriguez, along with advisers skilled in diplomacy, have attended virtual forums and meetings with local and foreign companies to discuss foreign trade, according to the sources and public documents.

The information ministry, the finance ministry and the vice president’s office did not reply to requests for comment.

The new exports are reflected in data provided by Import Genius, a firm that collects customs records for the import-export industry. The figures provided by the company show volumes, but not the associated monetary values.

The Venezuelan shift aligns with a broad economic liberalisation of last year in the wake of more than 10 years of nationalisations and price controls under late socialist President Hugo Chavez. Maduro’s government began allowing the widespread use of hard currency, which had previously been illegal, and allowed the export of food, for years discouraged.

“I have legally authorised the export of up to 30 percent of products,” Maduro said in a televised broadcast in September. “We’re going to convert Venezuela into an exporting nation.”

Thirty-five private Venezuelan firms imported food from Turkey in the first six months of 2020, up from seven during all of 2019, according to Import Genius data.

The companies brought in 140,000 tonnes of products including pasta, oil, and canned meat in the first six months of the year, according to the data.

State-run food company Cuspal, which in 2018 and 2019 had imported those goods from Turkey, halted them this year, the data shows – further evidence of imports moved out of the government’s hands.

The port data provided by Import Genius did not include the monetary value of the exports and imports.

The Food Ministry, which oversees Cuspal, did not respond to a request for comment.

A company called Casa Fresca in July shipped 122 tonnes of mangos and 200 tonnes of pineapples to Iran, the firm’s CEO Luz Rodriguez told state television in August, adding that the company’s focus is exporting fruit to the Middle East.

The CEO and Casa Fresca did not respond to requests for comment.

Grupo Freemed, which describes itself as an importer and distributor of food, medicine and cosmetics, this year imported 4.6 tonnes of sildenafil, used to treat erectile dysfunction, from Iran, according to port data.

Venezuela, which began importing gasoline from Iran this year as part of efforts to skirt US sanctions, has not imported consumer goods from Iran since 2006, according to port records.

Grupo Freemed did not respond to a request for comment.

Venezuelan ranchers this year exported meat for the first time to Iraq. Agricultural producers shipped 10,700 tonnes of mung beans to Malaysia, India, the Philippines, Turkey and the United Arab Emirates.

The government was active in helping negotiate those exports, according to one industry source who asked not to be identified.