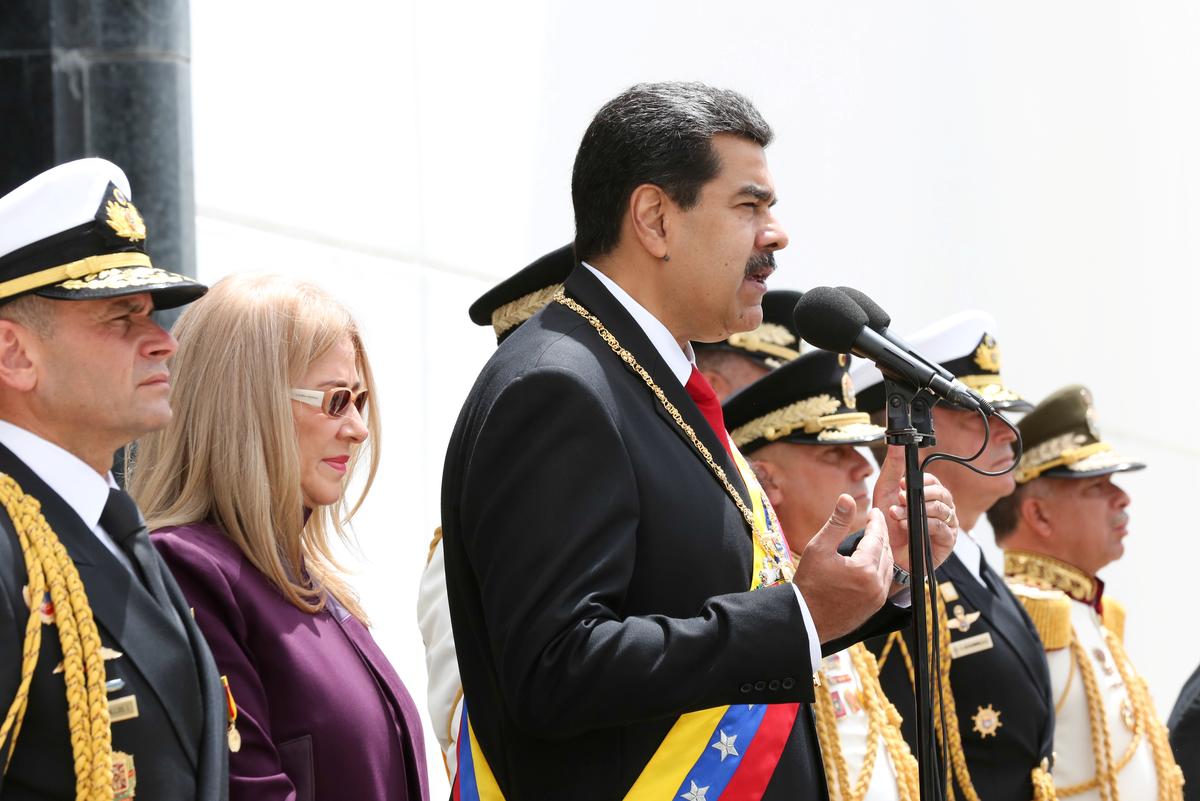 FILE PHOTO: Venezuela’s President Nicolas Maduro speaks during the starting ceremony of a military parade to celebrate the 208th anniversary of Venezuela’s declaration of independence in Caracas, Venezuela July 5, 2019. Miraflores Palace/Handout via REUTERS

The parties announced on Sunday the talks would resume in Barbados but their timing was not immediately clear.

“The parties will meet this week in Barbados to move forward in the search for an agreed-upon and constitutional solution for the country,” the Norwegian foreign ministry said in a statement late on Sunday.