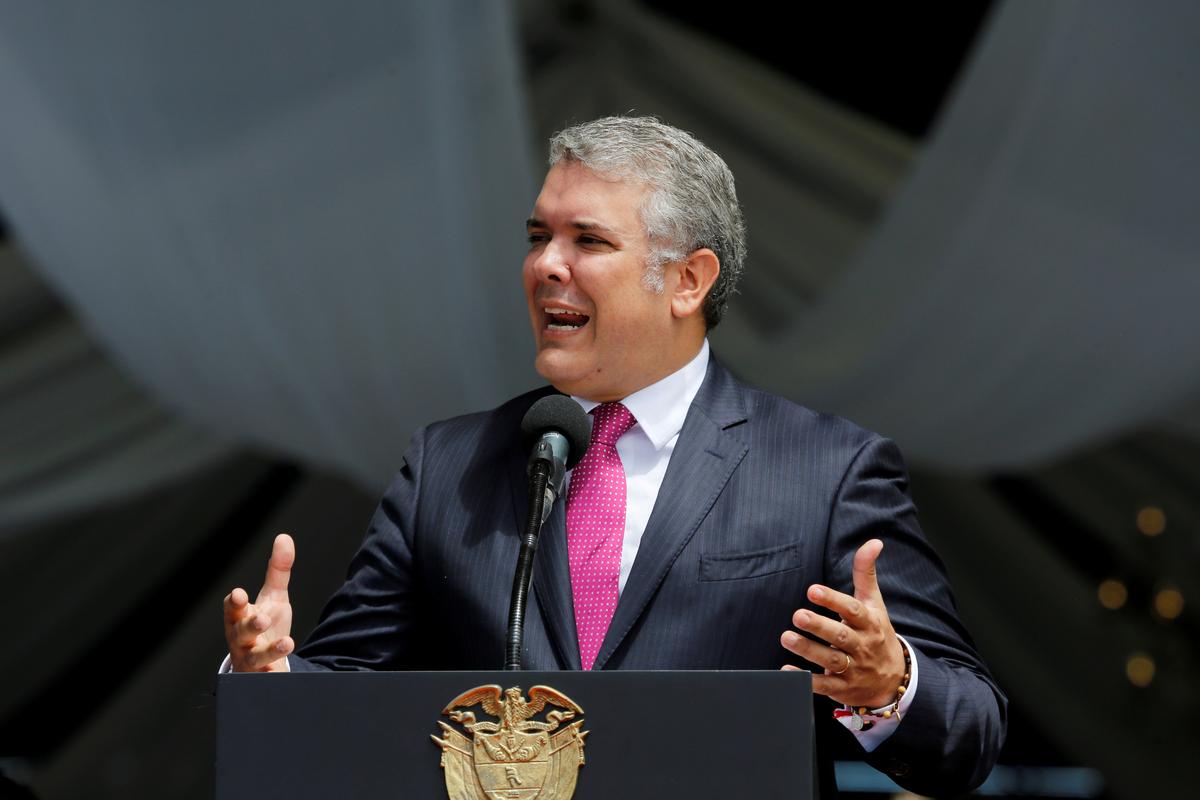 Maduro late on Tuesday ordered the armed forces to be on alert for a potential attack by Colombia and announced military exercises on the border, drawing the ire of Colombia’s foreign minister, who said the exercises were a threat to regional stability.

“They shouldn’t come out bragging about missiles in the border area,” Duque told local radio in the Caribbean city of Barranquilla. “Instead of spending that money on missiles, protect the Venezuelan people, give them food.”

“It is a vile way to make fun of a hungry people, to brag, talking about missiles.”

The two countries, which share a 2,219-km (1,378-mile) border, have been frequently at odds over the past decade and do not maintain diplomatic relations.

Tensions were stoked afresh last week when former commanders from the now-demobilized Revolutionary Armed Forces of Colombia (FARC) guerillas announced they would rearm in a video Colombian authorities say was filmed in Venezuela.

Venezuela’s foreign ministry has blamed the dissident rearmament on Duque’s failure to follow through on a 2016 peace accord. Maduro previously said former rebels are welcome in Venezuela.

The Venezuelan information ministry did not immediately respond to a request for comment.

Colombia would not allow itself to be provoked by the exercises, Duque said.

“We don’t fall for provocation, we don’t provoke or allow ourselves to be provoked,” he said. “But we do demand respect for our territory and we demand it by using every opportunity to denounce this conspiracy of the dictatorship with terrorist groups.”

There is no doubt it would be easier to combat rebel groups if Maduro were no longer in power, Colombia’s foreign minister told Reuters last week.

Colombia is the top destination for Venezuelan migrants fleeing their country’s long-running economic and political crisis, which has caused widespread shortages of food and medicine. Some 1.4 million Venezuelans live in Colombia.

Colombia is among more than 50 countries which recognize Venezuelan opposition leader Juan Guaido as his country’s legitimate leader. Guaido in January invoked the constitution to assume an interim presidency after declaring Maduro’s 2018 re-election a farce.