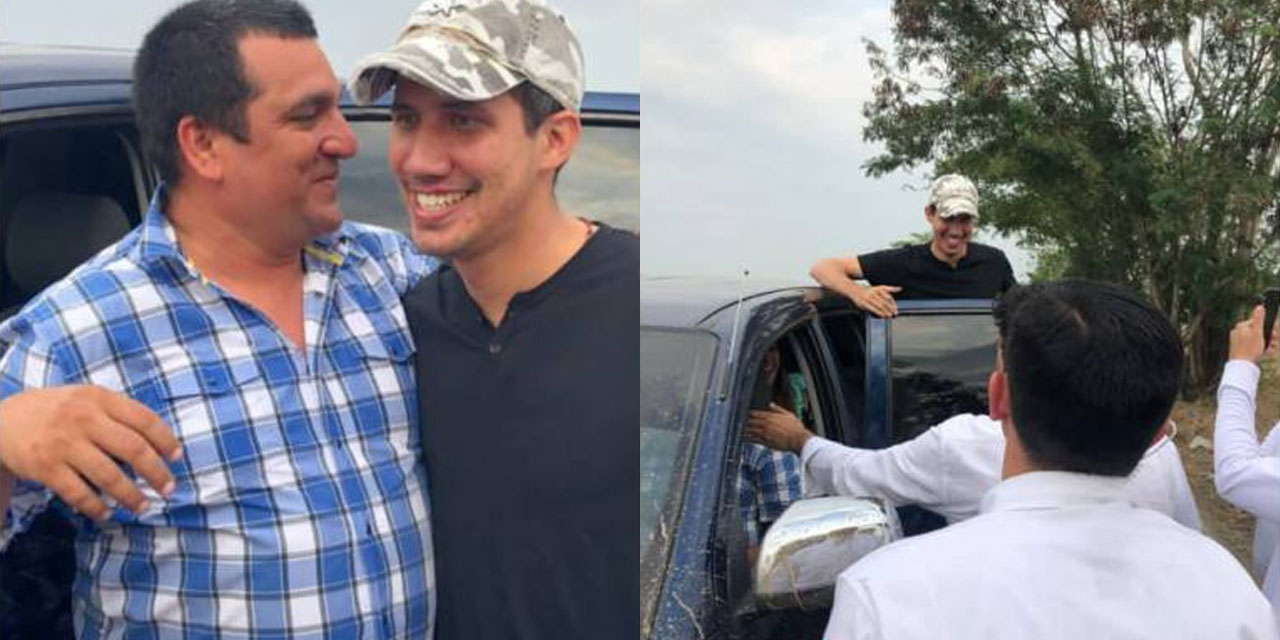 Venezuela’s authorities released another photo of opposition leader Juan Guaido with an alleged drug trafficker on Thursday as tensions boil over on Colombia’s side of the border.

Like the previously released images, the photo seems to be taken on February 22, the day Guaido crossed the border to lead a US-backed operation to force aid trucks into Venezuela.

But unlike with the previous images, Colombian authorities did not confirm that the man in the photo is a member of the Cali-based drug trafficking group.

Guaido’s trip to Colombia impossible without prior agreement with narcos: report

NGO Progresar, whose director revealed the initial evidence that the February operation was coordinated with both the Rastrojos and President Ivan Duque, did also not confirm the man’s identity.

Progresar director Wilfredo Cañizares did reveal that since the scandal unfolded last week two massacres have been committed in Agua Clara, the village where Guaido was picked up by Duque’s helicopter.

The first massacre cost the lives of the parents of one of the narcos who took part in the February operation, authorities confirmed.

The second massacre was due to fighting that has broken out between the EPL, a rival drug trafficking group, and the Rastrojos, according to Cañizares.

To further increase the terror in the border region, residents of Agua Clara received a threat from far-right group “Aguilas Negras” that “we are carrying out a cleansing” and no Venezuelans would be permitted in the area.

While Caracas is trying to amplify the scandal that triggered criminal investigations into Guaido, Bogota and Washington DC have remained quiet about the narcos’ cooperation in the US-sponsored operation.

Colombian President Ivan Duque has refused to acknowledge the existence of the photos and Foreign Minister Carlos Holmes Trujillo, who took part in the operation, has remained entirely quiet.

State Department spokesperson Morgan Ortagus said Tuesday that her government “the United States continues to support Juan Guaido, the President of the National Assembly and the legitimate Interim President of Venezuela,” but made no reference to the Rastrojos incident.

Incoming ambassador Philip Goldberg, who arrived last week, mentioned only Colombian issues in his introduction video to the Colombian people.