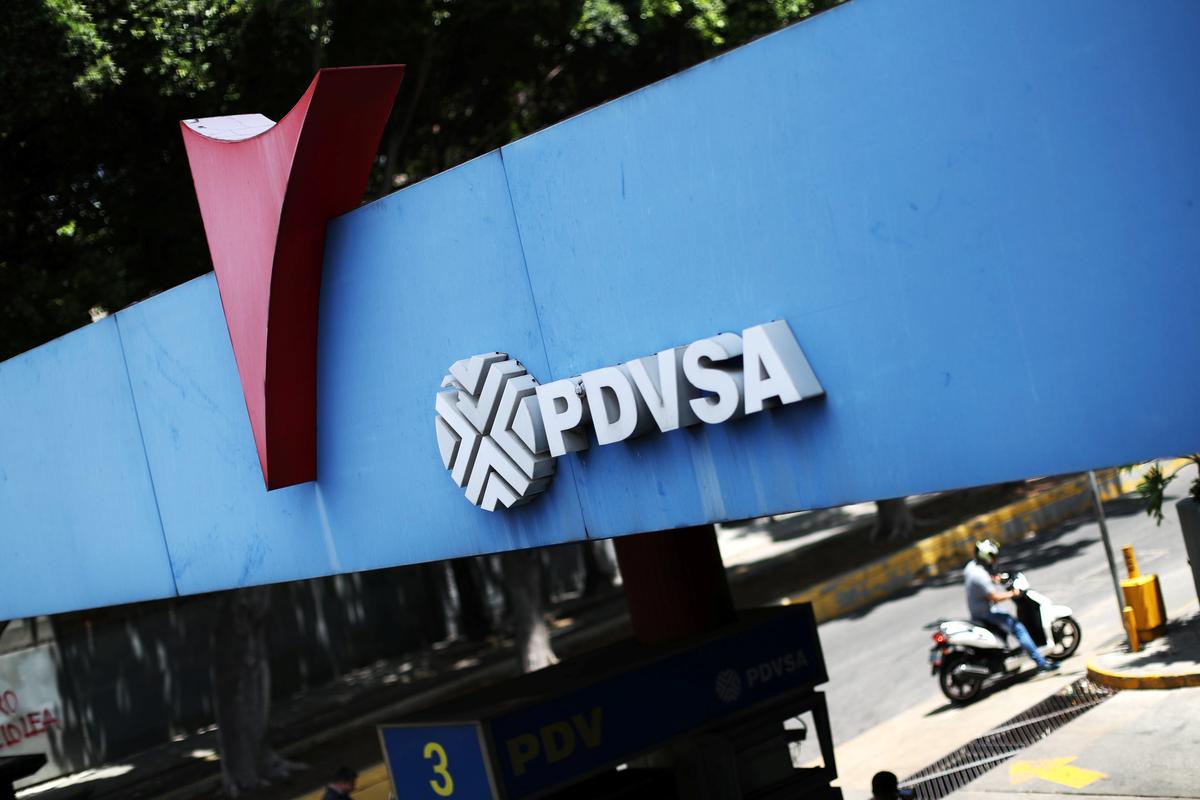 (Reuters) – Venezuela’s opposition has reached a deal with the custodians of a bond issued by state oil company PDVSA to prevent bondholders from seizing U.S. refining subsidiary Citgo, the bond’s collateral, until May, according to court filings and a source.

FILE PHOTO: A state oil company PDVSA’s logo is seen at a gas station in Caracas, Venezuela May 17, 2019. REUTERS/Ivan Alvarado

The opposition-appointed PDVSA board, which is recognized in the United States as the company’s rightful representation, last month sued in the U.S. District Court for the Southern District of New York to annul PDVSA’s 2020 bonds VE151299784=.

The deal to delay litigation in the case between PDVSA and the defendants, bond trustee MUFG Union Bank and collateral agent Glas Americas, laid out a schedule in which fact discovery would extend until Feb. 10, followed by a period of expert depositions before a hearing on May 5.

Before the deal, PDVSA was at risk of losing Citgo after Jan. 22, when a measure by the U.S. Treasury Department blocking the transfer of shares in Citgo expires. That move came on Oct. 24, days before the bond went into default, which would have allowed bondholders to exercise their rights to seize the company.

The deal now gives the opposition more time in control of Citgo, and it will continue negotiating possible solutions to the default with the bondholders in parallel with the litigation, according to one of the people involved in the talks.

Venezuelan President Nicolas Maduro cannot make payments on the bond due to Washington’s sanctions aimed at ousting him. The opposition, whose leader Juan Guaido is recognized by the Trump administration as the legitimate president, said it did not have the funds to make the $913 million payment due Oct. 28.

A spokesman for the Venezuela Creditors Committee, which represents bondholders, did not immediately respond to a request for comment.

While Guaido controls PDVSA’s assets and legal representation in the United States, Maduro remains in control of the company’s operations within Venezuela. The socialist leader calls Guaido a U.S. puppet seeking to oust him in a coup to seize control of the OPEC nation’s vast oil reserves.

The country’s economy has been in a tailspin since crude oil prices collapsed in 2014, prompting the government and PDVSA to default on much of its foreign debt and spurring hyperinflation and chronic shortages of basic goods that have forced millions of Venezuelans to emigrate.