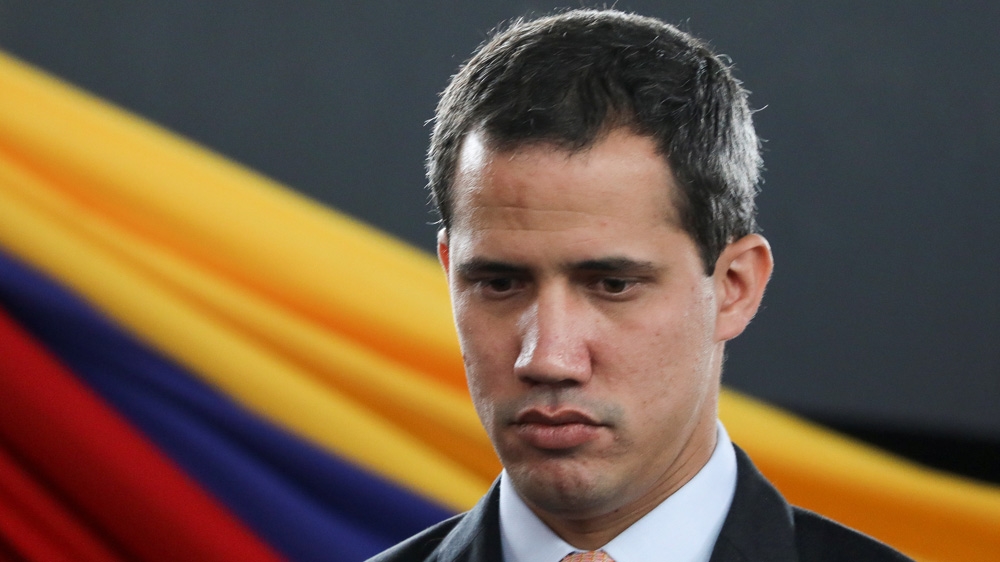 A crowd of men hit the cars on Wednesday with traffic cones and crowbars, breaking one car’s back window, according to a video recorded by an opposition member from inside the vehicle. The convoy then sped away, tailed by several individuals on motorbikes.

Guaido’s spokesman said four opposition politicians were in the vehicles, including Carlos Berrizbeitia, Guaido’s second congressional vice president. No one was injured.

Translation: Images of how the vehicles were left after the attack by the regime’s paramilitary against lawmakers, the National Assembly, an account managed by the opposition tweeted.

On January 5, troops blocked Guaido from entering congress and the Socialist Party declared allied legislator Luis Parra as head of parliament, allowing Maduro to seize control of the one Venezuelan institution outside his grip.

Opposition legislators in a separate plenary that day re-elected Guaido to a second term as head of the National Assembly and he later returned to the legislative palace to hold session. Guaido has branded Parra, who defected from the opposition after becoming embroiled in a corruption scandal in December, “a traitor”.

Guaido will instead hold Wednesday’s scheduled parliamentary session in the Caracas suburb of El Hatillo, the National Assembly said on Twitter.

“We are not going to risk the lives of our lawmakers,” Carlos Prosperi, one of the deputies in the vehicles, told reporters after the attack.

While Guaido said the government could not prevent them from holding their session separately.

“They will not stop us from exercising our mandate,” the leader said, “The parliament is formed by its lawmakers, we will hold the session anyway!”

Diosdado Cabello, head of the Constituent Assembly, a separate legislature controlled by the government, gloated over the attack during a session, calling the opposition “crazy” and “finished”.

“I feel proud because this is a group defending these spaces belonging to the Bolivarian Revolution,” Cabello said, referring to the socialist movement first started by Maduro’s predecessor Hugo Chavez. As he spoke, other pro-government legislators chanted “The homeland must be defended.”

The United States Treasury on Monday imposed sanctions on Parra and six of his allies and said they “attempted to block the democratic process in Venezuela.” Parra condemned the sanctions as a foreign nation meddling in the assembly’s affairs.

Last January, Washington recognised Guaido as Venezuela’s legitimate head of state and began ratcheting up sanctions and diplomatic pressure in an effort to remove Maduro. Guaido calls Maduro a usurper for securing re-election in a 2018 vote widely considered fraudulent.

A year later, however, Maduro remains in power, backed by the military as well as Russia, China and Cuba.