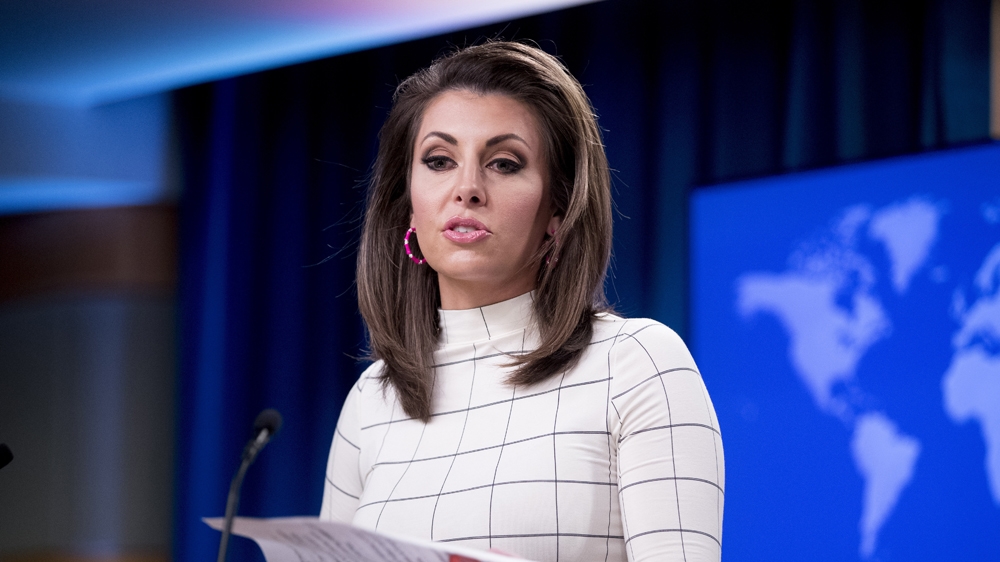 The United States has ordered the expulsion of two Cuban diplomats and restricted travel of the remaining members of Cuba‘s mission to the United Nations.

In a statement on Thursday, a spokeswoman for the US Department of State said Washington told Havana it “requires the imminent departure” of two members of Cuba’s UN mission “due to their attempts to conduct influence operations against the US”.

“In addition to the required departures, travel within the United States by all members of Cuba’s Permanent Mission to the United Nations will now essentially be restricted to the island of Manhattan,” said Morgan Ortagus.

In a subsequent post on Twitter, she added: “We take any & all attempts against the National Security of the US seriously.”

I strongly reject unjustified expulsion of 2 officials from Permanent Mission of #Cuba to the #UN & increased restrictions of movement imposed on our diplomats & their families. Allegations that they engaged in actions incompatible with their diplomatic status is a gross slander.

He also said the expulsion was intended at causing an “escalation that may lead to the shutting down of both embassies, to further tighten the blockade and create tensions between both countries.“

The decision came as the UN hold its 74th Assembly in New York.

“Given that the situation is ongoing, we will not comment further at this stage other than to confirm that we will closely follow this matter,” the UN said in a statement.

The US is generally required to allow foreign diplomats to access the UN without charge, but the government can deny visas for “security, terrorism, and foreing policy,” reasons

Cuba and the US have a history of tensions between them, recently, in October 2017, Trump expelled 15 Cuban diplomats, after recalling 60 percent of US diplomatic staff from its embassy in Cuba over “mysterious health attacks.”

In April this year, former US National Security Advisor John Bolton defined Cuba, Venezuela and Nicaragua as a “troika of tyranny,” and in April the US government announced new restrictions and sanctions against Cuba and the other two countries.

Former US President Barack Obama managed to restore ties with the Cuban government in 2015, with both countries reopening their embassies in each other countries.

In that time the decision was hailed as “historic step forward.” The US and Cuba severed relations in 1961 during the Cold War. Cuba has been under a US economic blockade for over 50 years.

However, Trump’s administration took the necessary steps to partially roll back some of Obama’s reforms while maintaining the embassy in Havana.