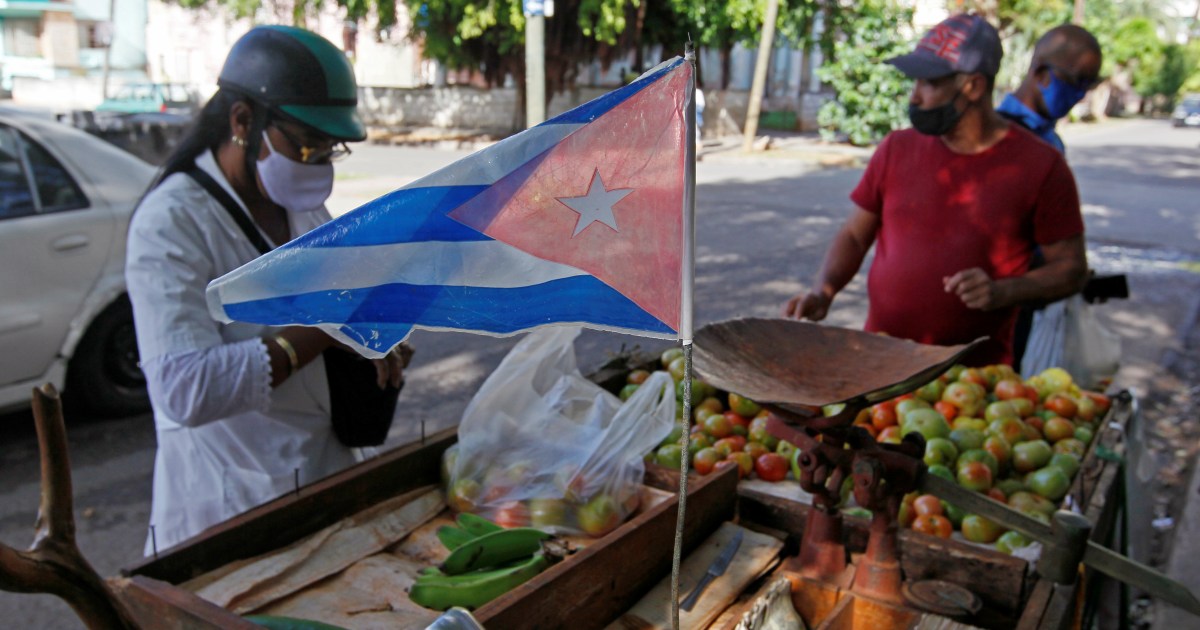 The United States has designated Cuba as a “state sponsor of terrorism”, US Secretary of State Mike Pompeo announced, the latest move in the final days of the Trump administration that observers say will complicate President-elect Joe Biden’s foreign policy plans.

In a statement on Monday, Pompeo said the US was designating Cuba “for repeatedly providing support for acts of international terrorism in granting safe harbor to terrorists”.

He also accused Cuba of asserting “malign interference in Venezuela and the rest of the Western Hemisphere”.

“With this action, we will once again hold Cuba’s government accountable and send a clear message: the Castro regime must end its support for international terrorism and subversion of US justice,” Pompeo said.

Biden, who is set to be inaugurated on January 20, plans to move Washington closer to normalised relations with Havana, Bloomberg reported earlier this month – including easing restrictions on travel, investment and remittances.

Biden served as vice president under then-President Barack Obama when the US and Cuba restored diplomatic relations in 2015.

Earlier that same year, Obama had removed Cuba from the US list of “state sponsors of terrorism” – a key step in the nations’ ability to formally mend ties.

But President Donald Trump’s administration has applied pressure on the Cuban government and various industries in the country.

The US recently added a Cuban bank to its restricted entities list, alleging that the financial institution had ties to the Cuban military and its profits helped fund the country’s “interference” in Venezuela.

Cuban Foreign Minister Bruno Rodriguez rejected that decision, tweeting that it was a “punitive measure of #US State Department to tighten blockade against #Cuba”.

On January 5, Rodriguez accused Pompeo of waging a “whimsical personal campaign” to add Cuba to the “state sponsors of terrorism” list.

Any success in Sec of State Pompeo’s whimsical personal campaign to include Cuba in the list of countries sponsoring terrorism would confirm that in the US the corrupt loyalty to minority interests is stronger that the commitment to fight this international scourge.

“Any success” in those efforts, the foreign minister said on Twitter, “would confirm that in the US the corrupt loyalty to minority interests is stronger than the commitment to fight this international scourge”.

“Cuba is not a state sponsor of terrorism,” Rhodes tweeted.

In practice, the Cuba designation will “penalize persons and countries engaging in certain trade with Cuba”, Pompeo said in the statement.

This is such politicized garbage meant to tie the hands of an administration that takes power in ten days. Cuba is not a state sponsor of terrorism. Ordinary Cubans will suffer so Pompeo can look tough to a few people in Miami. https://t.co/YvkUDxbFmd