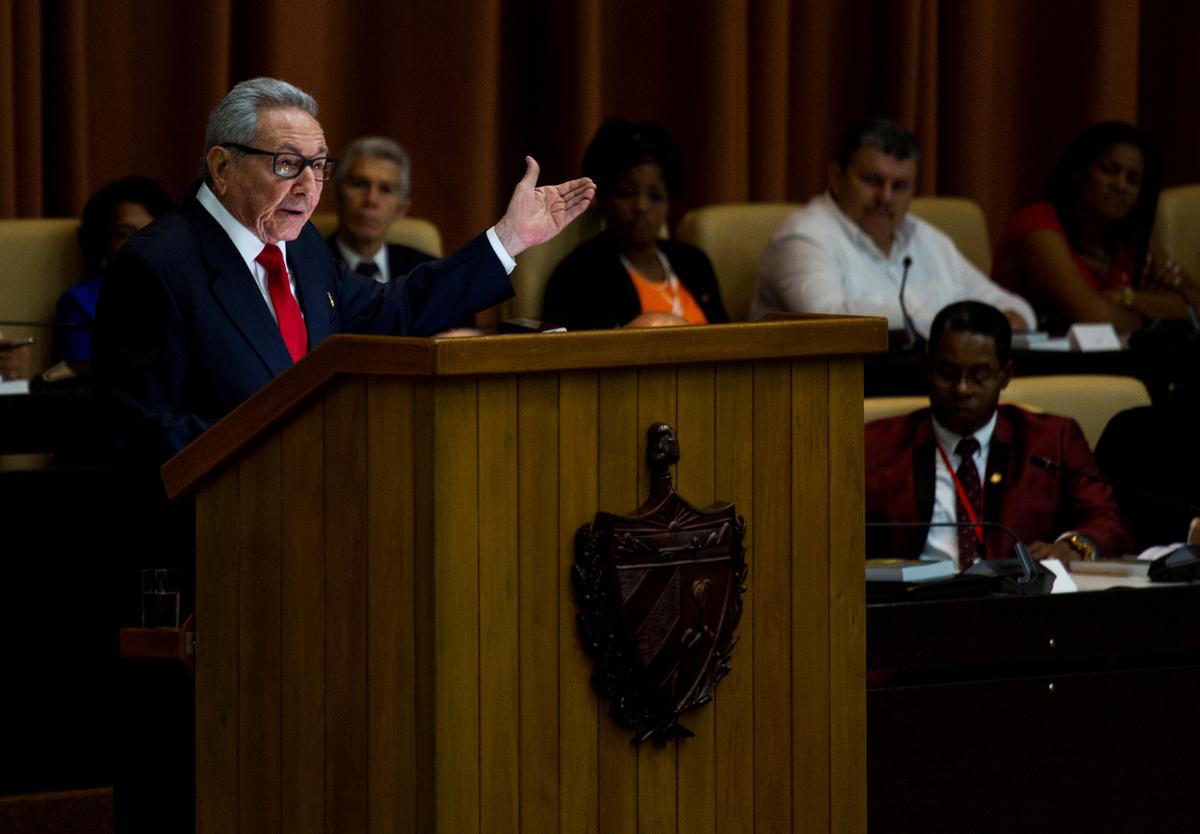 Taking a direct but largely symbolic swipe at Cuba’s leadership as part of U.S. President Donald Trump’s continuing pressure campaign against Havana, the State Department banned travel to the United States by Castro, Cuba’s former president and younger brother of the late Fidel Castro, as well as family members.

“Castro is responsible for Cuba’s actions to prop up the former Maduro regime in Venezuela through violence, intimidation, and repression,” Secretary of State Mike Pompeo said in a statement.

The measures that Pompeo said would block their entry to the United States are likely to have limited impact. Castro last visited in 2015 to address the United Nations General Assembly. His children are also believed to have rarely traveled to the United States. Mariela Castro Espin, a gay rights activist, made stops in New York and San Francisco in 2012.

The Cuban government, which strongly rejects such accusations, did not immediately respond to a request for comment.

It was the latest in a series of punitive measures that Trump has taken against Washington’s old Cold War foe since taking office in 2017, steadily rolling back the historic opening to Havana under his Democratic predecessor, Barack Obama.

Trump has focused especially on Cuba’s support for Maduro, a longtime ally of Havana. Earlier this year, the United States and dozens of other countries recognized opposition leader Juan Guaido as Venezuela’s rightful president, though Maduro retains the backing of Russia and China as well as the OPEC nation’s military.

“In concert with Maduro’s military and intelligence officers, members of the Cuban security forces have been involved in gross human rights violations and abuses in Venezuela, including torture,” Pompeo said. Cuba has strongly denied the U.S. accusations.

Speaking in New York while attending the U.N. General Assembly, Venezuelan Foreign Minister Jorge Arreaza scoffed at the U.S. measure against Castro, saying it was an attempt to humiliate him.

“And neither Raul Castro nor his family even want to come to this country! We are forced to come here because the U.N. headquarters is in New York, for now,” said Arreaza, referring to a similar U.S. travel bar on Venezuelan officials and citing a Russian offer to host the United Nations in Sochi.

Last week, the Trump administration ordered the expulsion of two members of Cuba’s delegation to the United Nations.

Washington has made clear that a key objective of its tough approach to Cuba is to force it to abandon Maduro, something Havana has said it will never do. However, Trump has stopped short of breaking off diplomatic relations with Cuba restored by Obama in 2015 after more than five decades of hostility.

Maduro has accused Guaido – who earlier this year assumed an interim presidency after alleging that Maduro had rigged the last election – of trying to mount a U.S.-directed coup.

Reporting by Matt Spetalnick; Additional reporting by Lisa Lambert in Washington, Sarah Marsh and Marc Frank in Havana; and Andrew Cawthorne in Caracas; Editing by Bill Berkrot and Lisa Shumaker