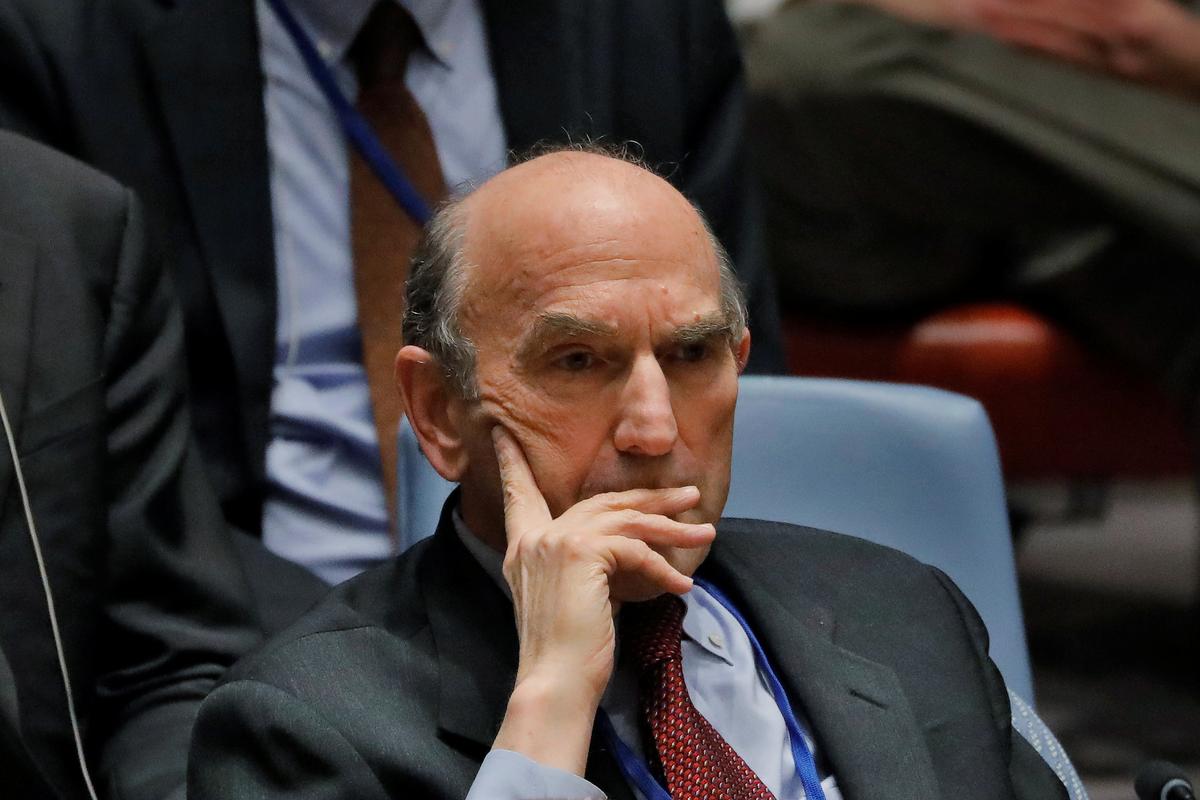 WASHINGTON (Reuters) – The United States is looking at additional sanctions to step up pressure on the Venezuelan government, the U.S. special envoy for the country said on Monday, after Venezuela’s ruling Socialist party moved forcefully to install a new head of Congress.

In addition, he said, the U.S. Congress had allocated “a fair amount of money to help the Democratic opposition in Venezuela and we will be thinking of ways to use those funds and to try to get other countries to give support.”

He said the United States would also try to get other countries to provide support for the opposition.

Troops with riot shields on Sunday blocked Guaido from entering parliament for what was expected to be his re-election as head of Congress.

Opposition legislators quickly re-elected Guaido – who is recognized by dozens of nations as Venezuela’s rightful leader – in a session at the headquarters of a pro-opposition newspaper.