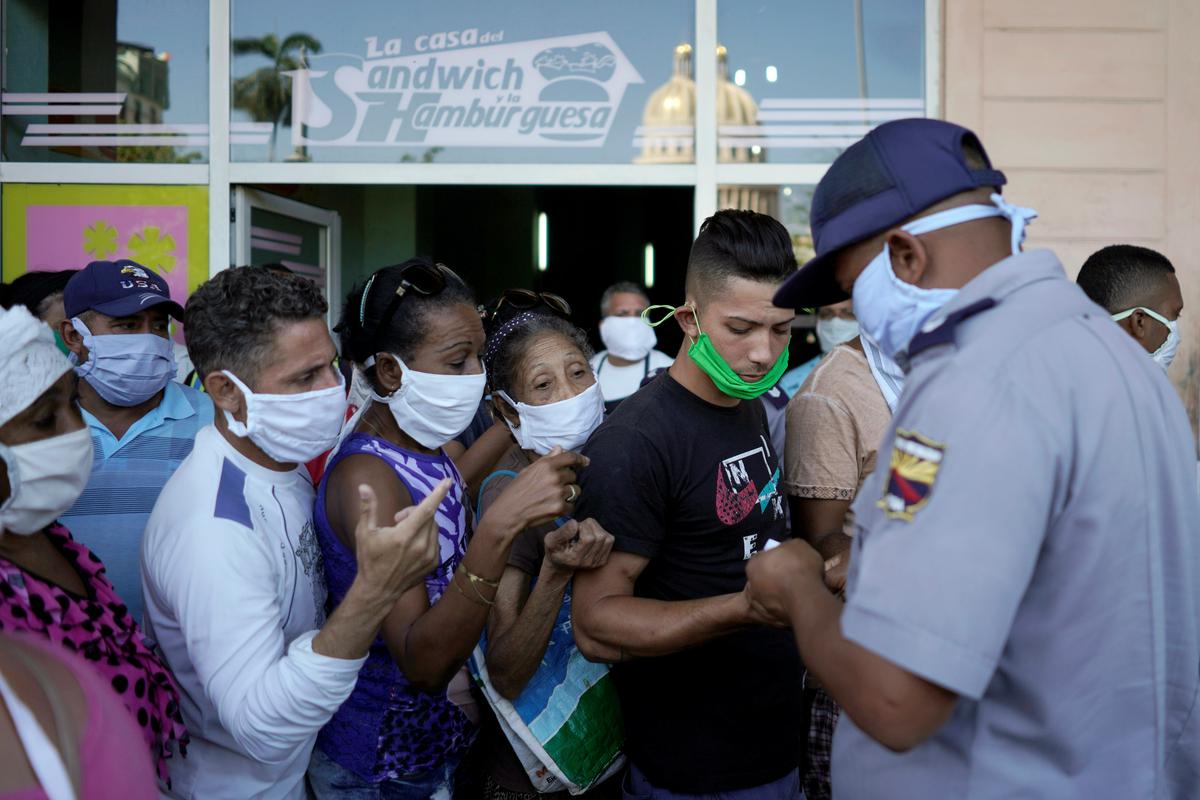 FILE PHOTO: A police officer organizes a line of people to buy food amid concerns about the spread of the coronavirus disease (COVID-19) outbreak, in downtown Havana, Cuba, April 3, 2020. REUTERS/Alexandre Meneghini/File Photo

WASHINGTON (Reuters) – United Nations human rights experts on Thursday urged the Trump administration to lift the U.S. financial and economic embargo on Cuba, saying it limited the Communist-ruled island’s ability to fight the coronavirus pandemic and save lives.

The independent experts said in a statement that Washington’s embargo on Cuba is obstructing humanitarian responses to aid the country’s healthcare system in fighting the new coronavirus outbreak, potentially increasing the heavy physical and psychological suffering caused by COVID-19.

“In the pandemic emergency, the lack of will of the U.S. government to suspend sanctions may lead to a higher risk of such suffering in Cuba and other countries targeted by its sanctions,” the U.N. human rights experts said in the statement.

“We are particularly concerned about the risks to the right to life, health and other critical rights of the most vulnerable sections of the Cuban population,” the experts added.

The joint statement was issued by independent human rights experts, including one with a U.N. global mandate to investigate the negative impact of unilateral coercive measures and another on the right to development.

Cuba has reported 1,501 confirmed coronavirus cases, with 61 COVID-19 deaths, according to figures reported on Thursday by state media.

Under President Donald Trump, the United States has tightened its decades-old U.S. trade embargo on Cuba in a renewed attempt to force the one party system to reform. But Washington has faced calls to ease U.S. sanctions on Iran, Venezuela and other countries during the coronavirus outbreak.

The U.S. Office of Foreign Assets Control earlier this month released guidance on humanitarian exemptions to Washington’s sanctions, including for Cuba. But the U.N. rights experts said the “cumbersome” process for exporting and re-exporting goods to Cuba, which makes it less efficient to purchase medicine, medical equipment and technology, has not changed or become any easier.