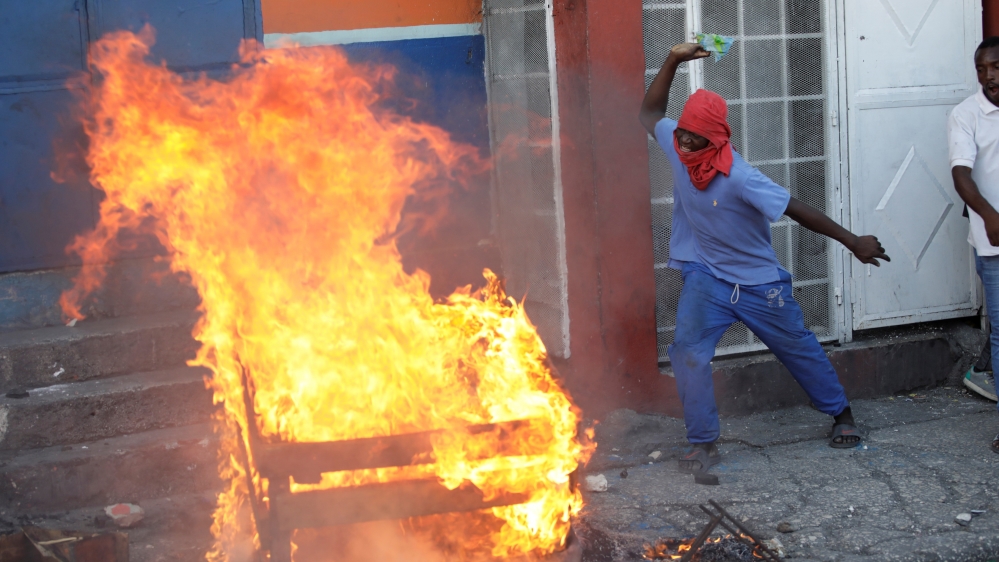 Two people were killed as several hundred police and their supporters demonstrated in Haiti’s capital for better law enforcement salaries on Sunday, police said, while anti-government marchers also took to the streets.

The first victim was shot during a protest demanding that President Jovenel Moise step down.

The man who opened fire on the crowd of marchers was beaten to death and then burned by demonstrators.

“An unidentified individual was shot dead,” the Haitian police said in a statement. “The angry crowd set fire to his attacker.”

With their faces hidden, several plainclothes police fired in the air near the anti-government protesters.

Several large bursts of gunfire from unidentified individuals were then heard right next to the area where protesters were marching.

Prior to the protests, police officers had presented their grievances at the headquarters of the Haitian National Police.

“Our wages are miserable. We don’t have insurance. We have an insurance card but at every hospital we go to, we have to pay,” a masked police officer told AFP, asking to remain anonymous for fear of reprisals.

As they have for two months, presidential detractors demanded that Moise resign. They were joined by some churchgoers on their way out of services.

Since coming to power in February 2017, Moise has had to face the anger of an opposition movement that refuses to recognise his victory in an election widely seen as dubious.

Anger mounted in late August due to a national fuel shortage, and protests turned violent.

But even before this crisis erupted, Moise was accused of corruption.

An auditors’ court probing two billion dollars in aid from a Venezuelan oil fund found that companies run by Moise before he became president were “at the heart of an embezzling scheme.”