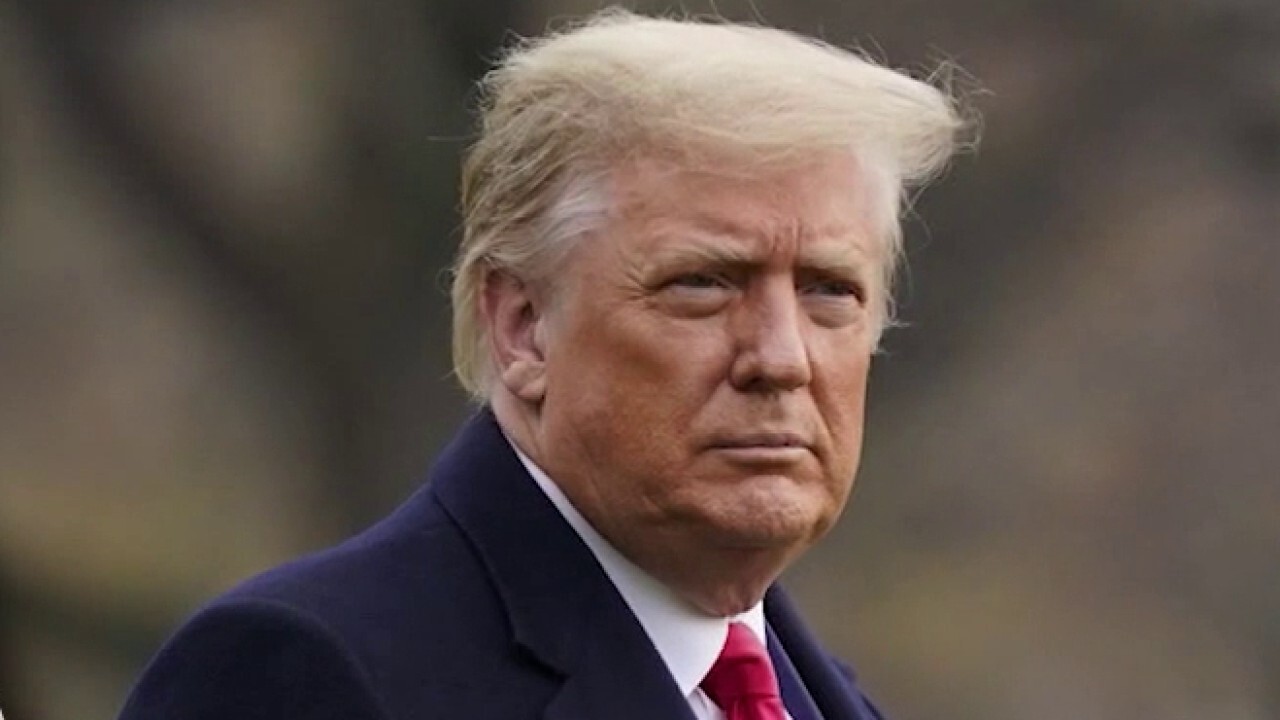 President Trump took aim at Georgia Gov. Brian Kemp for opposing his challenge to 2020 election results on Monday even as he called on voters to turn out in record numbers to support Republican Senate candidates in the state’s critical runoff election.

Trump ripped Kemp and Georgia Secretary of State Brad Raffensperger, both Republicans, for their handling of his legal challenge in the state, telling a crowd of supporters that they were “terrified” of prominent Georgia Democrat Stacey Abrams. The president signaled that he plans to aid a challenge to Kemp in the state’s next gubernatorial primary.

Trump appeared alongside Sen. Kelly Loeffler and other key Republicans in what could be the final rally of his presidency. Loeffler and fellow Georgia Republican Sen. David Perdue are running against Democrats Jon Ossoff and Raphael Warnock in runoff races that will determine which party controls the Senate.

In his final plea to Georgians before the vote, Trump echoed attacks launched by the Loeffler and Perdue campaigns, describing Ossoff and Warnock as “the most extreme candidates in the history of your state, probably in the history of our country.”

The president asserted that victories for Ossoff and Warnock would allow a Democratic majority in the Senate to push the country toward socialism. Democrats would seek to raise taxes, pack the Supreme Court and pass the Green New Deal, he added.

“The Democrats want to turn America into Venezuela, with no jobs, no prosperity, no rights, no freedom, no future for you and your family,” Trump said.

Trump spoke at length about his ongoing bid to challenge President-elect Joe Biden’s victory in the presidential election, noting several instances of alleged voter fraud that took place in Georgia and other states. Kemp, Raffensperger and other Georgia elections officials have repeatedly said that claims of voting irregularities have no merit.

The president said his team would reveal further evidence of alleged fraud on Wednesday, when Congress is scheduled to meet to certify the Electoral College’s vote.

Trump detailed his administration’s accomplishments during his one term in office, including an overhaul of the U.S. military and what he called improved relations with North Korea. At one point, the president said he got along well with North Korean dictator Kim Jong Un.

“I don’t think that Joe is going to, based on what I’ve heard,” Trump added in a seeming acknowledgement of Biden’s impending presidency.

Loeffler briefly joined Trump on stage during the rally, revealing her plans to object to the Electoral College’s vote. She urged supporters to turn out at polling places and described herself and Perdue as a “firewall to socialism.” Perdue is currently in quarantine after a close contact with a campaign staffer who tested positive for COVID-19.