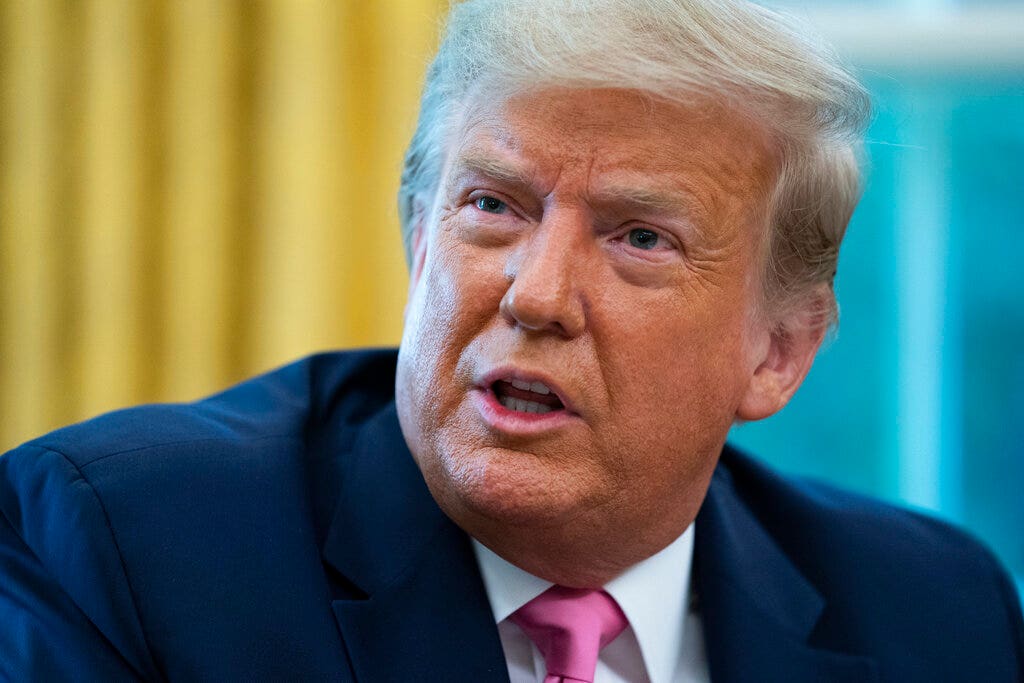 President Trump Saturday lashed out at House Democrats who this week passed a repeal of his travel ban, claiming the party has gone “Stone Cold Left.”

In a morning tweet, Trump said his travel ban that initially targeted predominantly Muslim-majority countries and was expanded after court challenges was a “big win” and “successfully keeps very bad and dangerous people out of our great country.”

The House Wednesday passed “The No Ban Act” on a mainly party-line vote of 233-183. Two Republicans — Reps. Will Hurd of Texas and Brian Fitzpatrick of Pennsylvania — joined with Democrats.

The legislation was hailed as a long-awaited victory for Muslim Americans and civil rights groups who had been protesting Trump’s travel ban since 2017.

But the victory was expected to be short-lived. The Senate has no plans to take it up, and Trump would surely veto the check on his authority. Trump said Saturday the legislation “hopefully, will be DEAD in the Senate!”

Trump promised a crackdown on Muslims entering the United States during the 2016 campaign and that materialized in the form of various travel bans on countries in Muslim-majority regions and beyond.

The measure was dubbed a “Muslim ban” and faced numerous legal challenges. A version of it was ultimately upheld by the Supreme Court in June 2018 after a mechanism was added for nationals from the banned countries to enter the U.S. by obtaining a waiver.

The No Ban Act would repeal all of Trump’s travel bans and would prevent future presidents from enacting similar broad bans based on national origin.

Democrats rebuked the travel ban as xenophobic and a shameful stain on America’s reputation as a beacon for religious tolerance and inclusion.

WHAT ARE THE NEW COUNTRIES ON TRUMP’S LATEST TRAVEL BAN?

“This ban never had anything to do with national security; it was always driven by prejudice,” said bill sponsor Rep. Judy Chu, D-Calif.

But Trump and GOP allies say the ban is needed to protect Americans from dangerous people entering the country seeking to do harm.

“This is not a Muslim ban,” said Rep. Andy Biggs, R-Ariz. “This is a legitimate travel restriction implemented for the safety of this nation.”