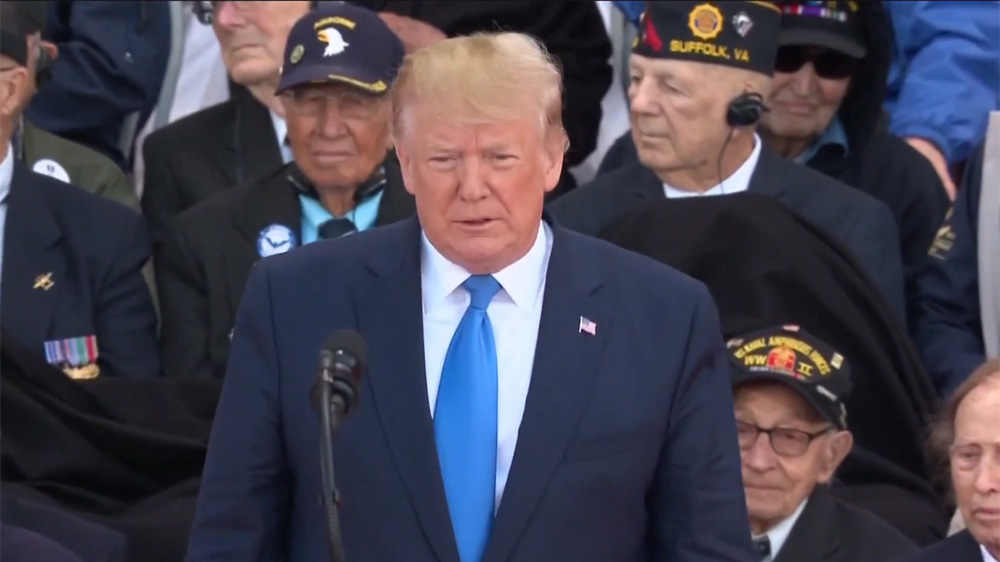 The direct impact of the US-China trade war has yet to materialise. The global economic slowdown started long before the opening shots were fired in this bitter battle.

Central banks are getting ready to cut interest rates, if they haven’t already started, to support growth.

All this to mitigate the fallout from US President Donald Trump‘s doctrine of tariffs first, negotiate later.

Trade talks with China have broken down; Huawei can’t buy US goods; Trump has threatened tariffs on imported cars from Europe and Japan.

Sanctions against Cuba, Iran and Venezuela have yet to yield any benefits.

And in his latest move, he has decided Mexico needs to do more to stop immigration. If it doesn’t, there will be tariffs for Mexico as well – a move that’s rattled global markets.

Trump keeps saying other countries are paying the tariffs – but they’re not. In fact, US importers are, and at some point consumers will pick up the tab.

With many US and international car makers located south of the US border, the auto industry would be the hardest hit. Deutsche Bank estimates vehicle prices could rise on average $1,300 – if tariffs hit 25 percent.

While Trump wants automakers to move back to the US – which is highly unlikely – this could have a devastating impact in Mexico where 839,571 people are employed in the car industry.

According to economic consultancy Perryman Group, more than 400,000 US jobs could be lost if the US imposed the 5 percent levy; the net loss to the economy could be $41bn; and the state that’s most dependent on Mexico, Texas, stands to lose more than 100,000 jobs and $7bn in income.

If Trump’s trade war with China is anything to go by – the damage to the economy has already been done. The president has signed a $16bn bailout for farmers. John Hendren reports from Colfax, Illinois.

As the EU has the threat of tariffs hanging over it and is under pressure to block China’s Huawei, we talked to Luigi Gambardella, president of the ChinaEU business lobby, about Trump’s trade war.

“There are two major risks today. The first is the uncertainty that he is creating. I always say uncertainty can kill an elephant. Uncertainty is very bad for business,” Gambardella told Counting the Cost.

“And second … it’s always good to make a difference between when it’s business and when it’s politics. There is a risk that we mix up business and politics … this can be very dangerous because there is less certainty.”

According to Gambardella, “Huawei is only the tip of the iceberg … this debate is beyond one single company. China, six months ago, already started research for 6G … We have to understand that what matters today is less trade and more technology … The new land is technology.”

“We should consider trade as evolving. Today, goods are less important that services … And the new game is more linked to the technology; the digital transformation, the capacity to invest in research, and because technology is also changing the trade, …the system of logistics …  and the industrial production. “

Editor’s note: Since this episode of CTC was recorded, Trump has ‘indefinitely suspended’ a threat to impose tariffs on Mexican imports following a migration agreement with Mexico.

What’s behind Fiat’s attempt to merge with Renault?

Fiat Chrysler’s ambitious $35bn plan to merge with France’s Renault  – a combination that would have created the world’s third-biggest automaker – fell apart last week. But what went wrong?

Felipe Munoz, global automotive analyst at Jato Dynamics, told Al Jazeera the story “hasn’t finished yet” and maybe the withdrawal of Fiat Chrysler was part of the game to become the world’s largest SUV maker.

“I think the strong presence of the government had a big thing to do with this end and especially in southern Europe, governments instead of enabling business, they are making things difficult to these kinds of operations.”

Munoz noted that there is a political cost of producing too many cars and the slowdown of vehicle sales might make mergers more cost effective.

“You need to find other solutions to make profits, and the best way is by doing these kinds of operations,” he said.

“Renault may be using this merger proposal to send a message to Nissan, who has been its partner for 20 years and which should be its natural partner to merge with.”