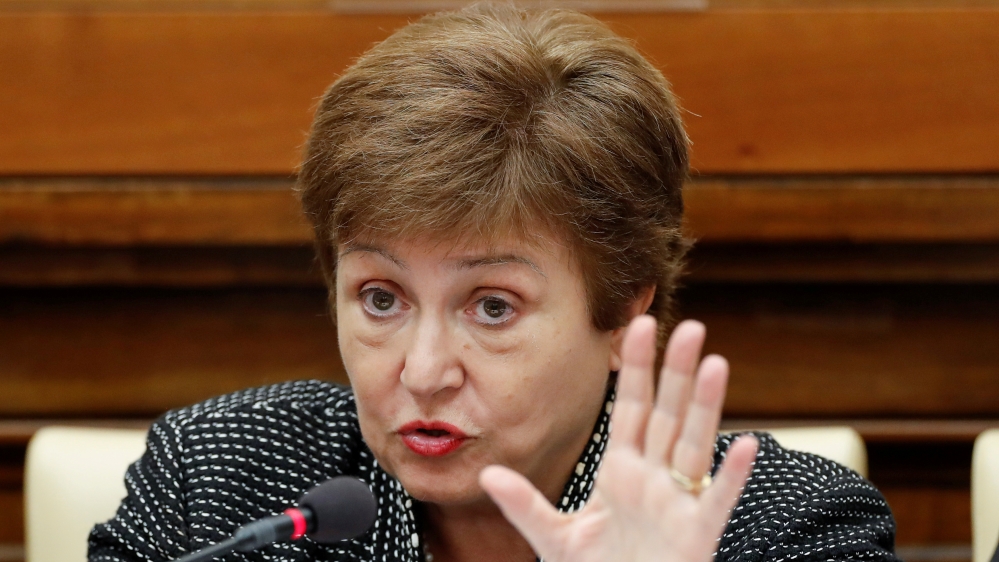 Helpful steps were taken to provide assistance to developing countries grappling with the economic fallout from the COVID-19 crisis at the “virtual” spring meetings of the World Bank Group and the International Monetary Fund (IMF) from April 14 to 17, and at the Group of 20 (G20) summit that took place a few weeks earlier.

These steps included temporary debt-relief and new emergency lending facilities for developing and emerging market economies. Yet one important step that was not taken was a decision for the IMF to issue a new allocation of its international reserve currency, Special Drawing Rights (SDRs), as a fast way of providing low-cost emergency assistance to developing countries to help them address the economic fallout from the COVID-19 crisis.

A new allocation of SDRs would have the effect of automatically increasing the foreign currency reserves of developing countries, enabling them to borrow at lower interest rates, engage in more affordable emergency fiscal stimulus spending and buy needed imports. The last time the IMF issued a new allocation of SDRs was in 2009 during the global financial crisis. Then, the fund allocated $250bn in new SDRs to assist developing countries to weather the storm.

A host of European and African leaders, eminent economists and even IMF Managing Director Kristalina Georgieva herself had been calling for a sizable new SDR allocation in the weeks leading up to the IMF and World Bank meetings.

However, despite such calls, the United States appeared to reject the proposal.

In an official statement issued on April 16, US Treasury Secretary Steven Mnuchin argued that using existing IMF lending facilities would be more efficient in providing assistance to developing countries than issuing a new SDR allocation.

These existing facilities, however, are unlikely to be able to meet the financial needs of developing countries during this pandemic. The total IMF resources currently amount to $1.3 trillion and only half is available for lending. According to Managing Director Georgieva’s “very conservative” estimate, at least $2.5 trillion is needed to assist the world’s 165 low-income and emerging economies.

In his statement on the issue, Mnuchin also argued that nearly 70 percent of the funds created with new SDRs would go to the G20 countries, most of which “do not need and would not use additional SDRs to respond to the crisis”.

While correct in the absolute sense, a major new issuance of SDRs would still be extremely helpful to developing countries because of the proportionately much smaller sizes of their economies. For example, the $250bn SDR allocation in 2009 proved incredibly helpful for low-income countries in sub-Saharan Africa, and projections indicate a new allocation of $500bn in SDRs would amount to the equivalent of 7-8 percent of gross domestic product (GDP) for low-income countries such as Liberia or South Sudan.

Thus, both of the Treasury secretary’s arguments for rejecting a new issuance of SDRs are not compelling.

A report by Reuters published a day before Mnuchin’s statement suggested that the US is opposed to new SDR allocations because such a move would benefit all 189 members of the IMF, including countries the US views as adversaries, such as Iran, Venezuela, and even China. The US Treasury declined to comment on the report.

However, there is still support in the US for a new allocation of SDRs.

For example, on April 21, Representatives Jan Schakowsky, Jesus “Chuy” García, Mark Takano, and 13 other co-sponsors introduced the Robust International Response to Pandemic Act (HR6581), which instructs the US representative to the IMF to support the issuing of $3 trillion in SDRs as part of forthcoming coronavirus legislation to ensure that developing countries will be adequately supported by the IMF and other international financial institutions during this unprecedented global crisis.

There are at least three important reasons why the US should reconsider its position.

First, what happens in the developing world is increasingly important for the entire global economy, even the richest countries. Whereas developing economies accounted for only about 18 percent of global GDP in the 1980s, today they comprise nearly 41 percent (60 percent if adjusted for purchasing power).

Second, despite the temporary debt relief proposed, it will still be difficult for companies and governments in developing countries to raise new funds in current market conditions, and will be nearly impossible for them to roll over their foreign currency-denominated debt in international capital markets. With already nearly $100bn in investment capital having been pulled out of emerging markets this year (four times as much as during the 2008 global financial crisis), such conditions could easily lead to large-scale sovereign debt defaults that could spark contagion in global financial markets. In other words, if developing countries go down, it could wreak havoc across the entire global economy.

Third, and most worrisome, tens of millions are facing sudden economic and food insecurity without any unemployment insurance. In such countries, the unvarnished calculation is that more people could potentially die of food insecurity and related chaos resulting from the economic slowdown than from the novel coronavirus itself. The United Nations’ World Food Programme warned on April 21 that the number of people facing acute food insecurity could double in 2020, to 265 million, and that, “The pandemic and lockdown measures combined with rising unemployment and limited access to food could lead to violence and conflict.”

Security experts have warned that such violence could lead to new waves of mass migration towards wealthier countries and other calamities. The Africa Centers for Disease Control and Prevention has warned the pandemic could be a “national-security crisis first, an economic crisis second, and a health crisis third”.

For all of these reasons, the US should support a new allocation of SDRs at the IMF as the best way to help developing countries survive the economic fallout of the COVID-19 crisis. In this unprecedented and historic moment, the US should do everything possible to enable developing countries to engage in fiscal stimulus programmes to sustain their national economies – and thereby keep afloat the global economy upon which we all depend.