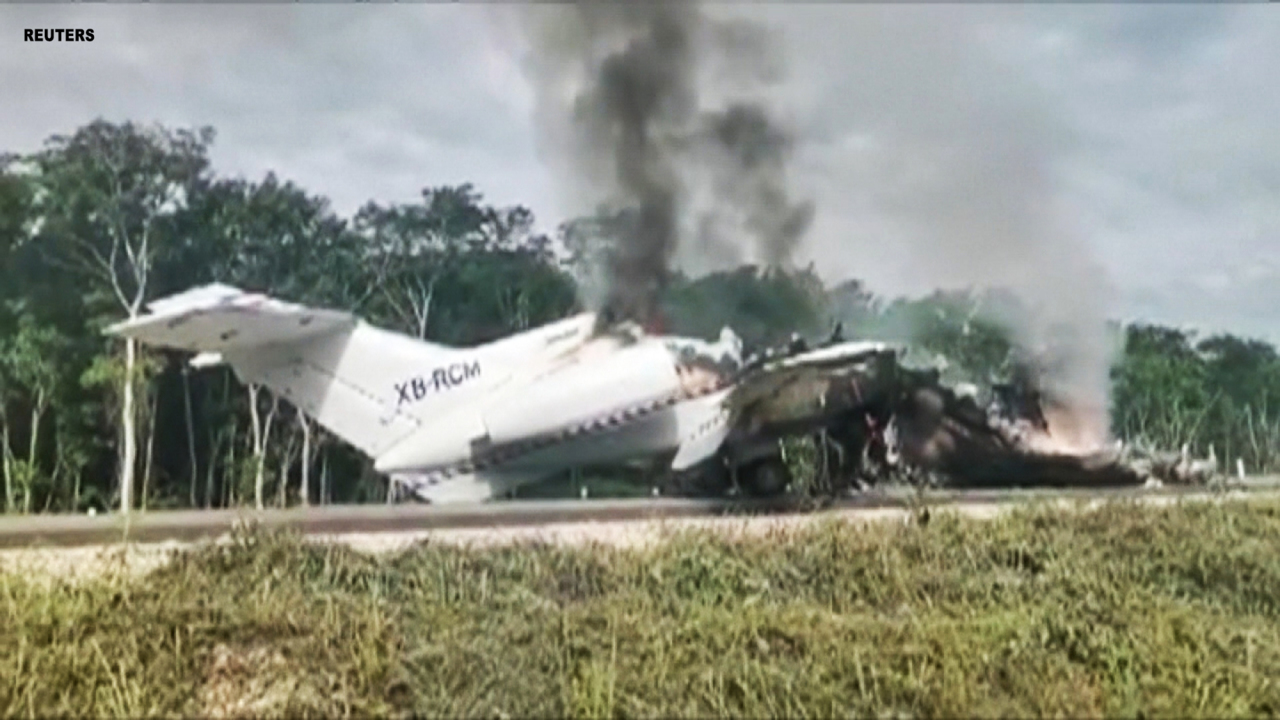 A small plane suspected of carrying hundreds of pounds of illegal drugs from South America landed on a highway in southern Mexico and burst into flames, Mexican military officials said Sunday.

Video footage from the scene shows a fire engulfing the plane as it sits on a rural two-lane highway in the state of Quintana Roo on the Yucatan Peninsula. Billowing black smoke rises into the air.

Military officials said that further down the highway troops found a pickup truck loaded with 13 sacks of cocaine weighing a total of about 850 pounds (390 kilograms). Officials believe the plane was likely transporting the truck. No arrests were immediately made.

The drugs were valued at more than $4.9 million (109 million pesos) and would have marked a “significant” loss for criminal organizations, Reuters reported, citing a military statement.

Mexican broadcaster Milenio reported that the plane came from Maracaibo, Venezuela, although that has yet to be confirmed, according to the outlet.

Mexico’s Defense Department said the plane is believed to have originated in South America but did not give a specific location.

The aircraft had been tracked since entering Mexican airspace, the military said. Two air force planes were dispatched to trail the jet and troops were flown to the landing site.

It was unclear whether the plane was making an emergency landing and burst into flames, or whether drug traffickers sparked the fire after landing as is often the case.