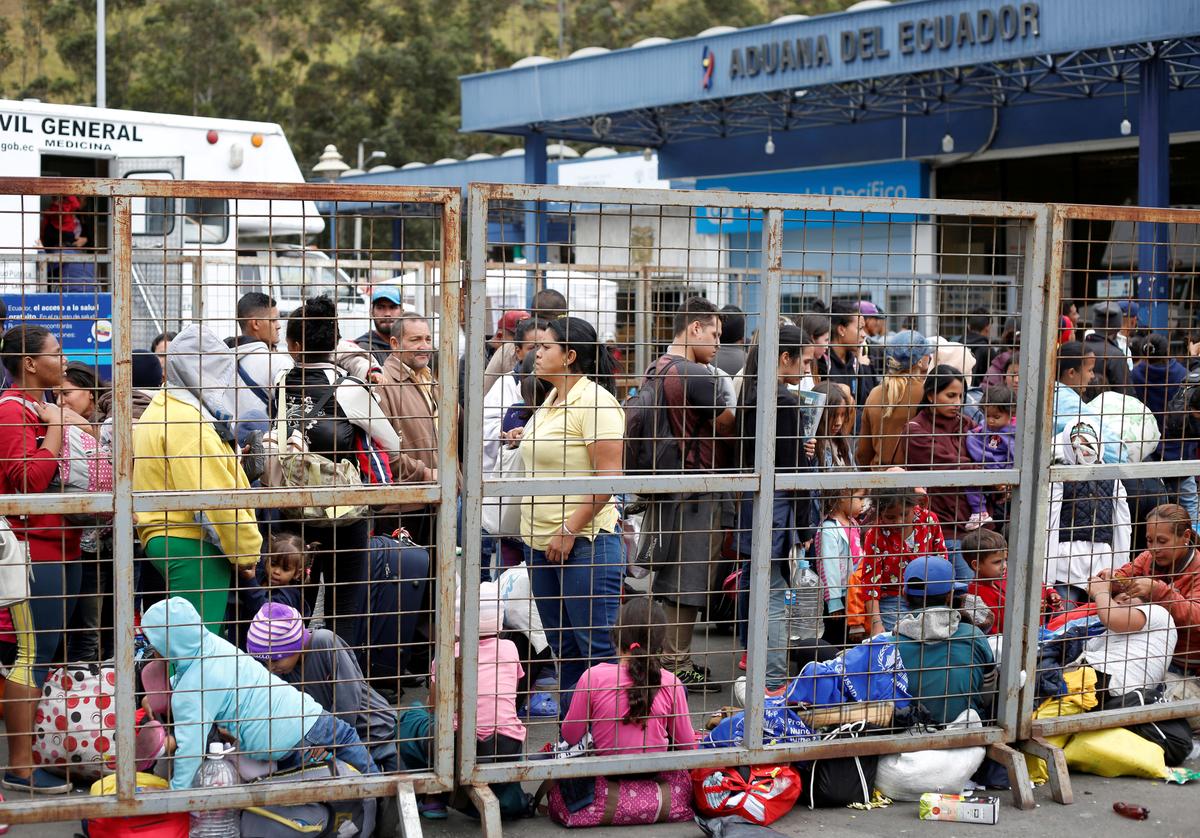 FILE PHOTO: Venezuelan citizens and other migrants wait at the border with Colombia, at the Rumichaca bridge checkpoint, in Ecuador August 24, 2019. Ecuadorean President Lenin Moreno signed a decree requiring Venezuelan citizens, who until now could cross the border with a passport or other form of identification, to have a visa to enter the country. REUTERS/ Daniel Tapia

MADRID (Reuters) – The Spanish government on Friday authorized nearly 150 million euros ($165 million) in subsidies to ease the strain on its migrant-processing system after a recent spike in arrivals from Latin America overwhelmed its social services.

Government spokeswoman Isabel Celaa, who announced the measure at a weekly briefing, said the subsidies will be complemented by 25 million euros from European funds.

Provoked by national crises in Spanish-speaking countries like Venezuela and Colombia, the number of people seeking asylum in Spain has skyrocketed. Madrid City Council received 50,000 asylum applications between January and October 2019 – compared to only 36,000 nationwide and throughout 2018.

The acute and localized influx of Central and South American refugees saturated Madrid’s Social Services last month, leading dozens of families to camp in front of its headquarters hoping to get spots in hostel or reception centers.

On Thursday, Madrid’s local government approved the creation of a temporary reception center for asylum-seekers in the Spanish capital, due to open in January, according to municipal government spokeswoman Inmaculada Sanz.