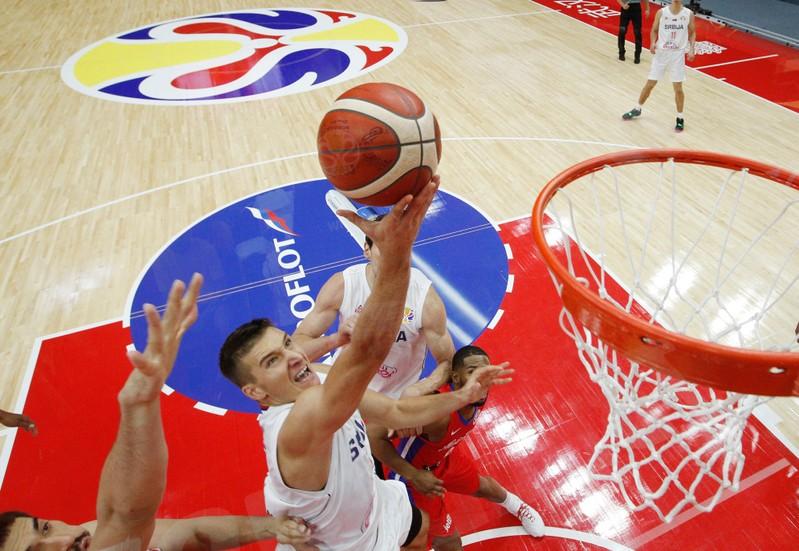 BEIJING (Reuters) – Heavyweights Serbia and Spain advanced to the basketball World Cup quarter-finals with a match to spare and were joined by Poland and Argentina after all four sides won their opening second group stage matches on Friday.

Having brushed aside their preliminary pool opponents, Serbia hit the ground running again as their deep roster, including five NBA players, dominated the Puerto Ricans in every department.

The Serbians collected 48 rebounds to Puerto Rico’s 26 and dished out 30 team assists while their rivals only managed 11 against an ironclad defense.

“We still have room to improve. It will be tough against Spain (in the next game) as always but we are looking forward to the challenge.”

Italy made a bright start as they raced into a 15-5 lead but then started to struggle in offence while Real Madrid guard Sergio Llull came off the bench to reinvigorate the Spaniards.

The lead changed hands time and again in a rollercoaster contest before Spain engineered a decisive 10-0 run late in the game which turned a four-point deficit into a 62-56 lead.

Poland trailed Russia for three quarters of a nail-biting tussle and turned the tide in the final 10 minutes as Adam Wazcynski led their effort with 18 points.

Mateuzs Ponitka added 14 points and nine rebounds for the Poles as the duo canceled out a fine individual performance by Russia’s playmaker Mikhail Kulagin, the game’s top scorer with 21 points.

Argentina dictated the pace against Venezuela with their forward Gabriel Deck providing the momentum with 25 points.