Posted By: Fox News 5 months ago 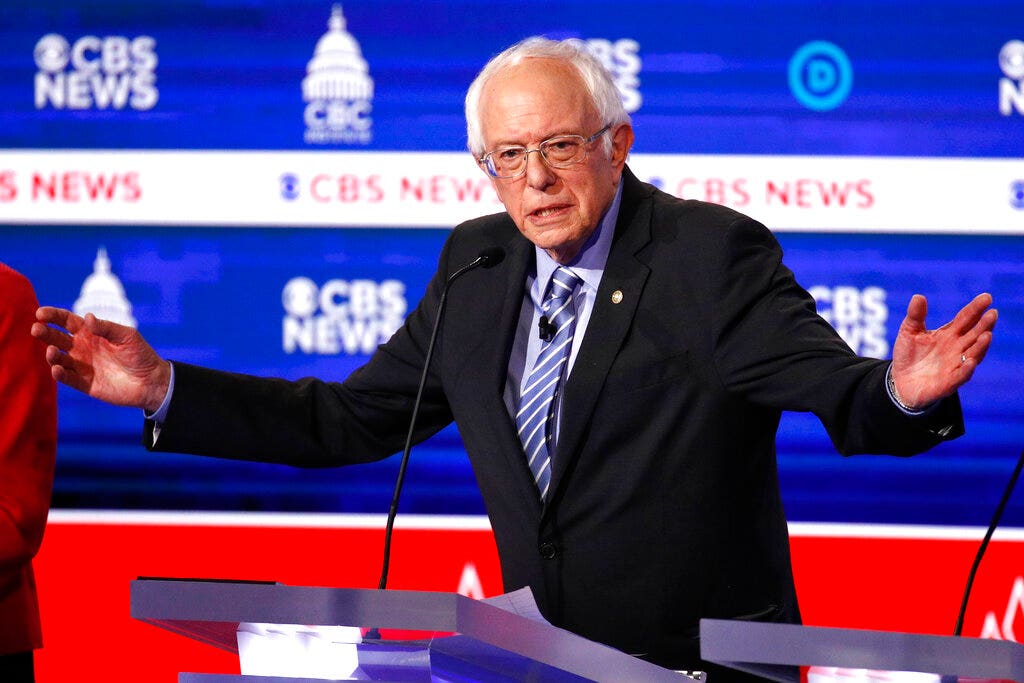 On Feb. 24, Sen. Bernie Sanders, I-Vt., released a document outlining how he plans to pay for his agenda, including “Medicare-for-all.” He claims his signature health plan will save the country billions of dollars each year.

That estimate rests on faulty math and flawed assumptions. Medicare-for-all would cost far more than Sanders admits and force Americans to pay dearly for subpar care.

The Democratic presidential frontrunner has gone to great lengths to avoid saying exactly how much the many new government programs he’s proposing would cost. “Nobody knows,” he said in an interview with CBS. But on Feb. 23, the senator let slip that his Medicare-for-all plan would cost around $30 trillion over a decade.

Most economists peg the cost a bit higher. The Mercatus Center forecasts around $32 trillion over 10 years; the left-leaning Urban Institute, about $34 trillion.

But neither estimate includes the cost of a new federal long-term care entitlement, which Sanders has tacked onto his Medicare-for-all plan since the two think tanks did their analysis. Add that in, and the 10-year cost of Medicare-for-all swells to a $46 trillion, per a recent American Action Forum analysis.

Sanders imagines funding Medicare-for-all with taxes that would strain the economy and American families. He’s floated a new 4 percent income tax on all households earning over $29,000 a year, a new 7.5 percent payroll tax, and a new corporate income tax rate of 35 percent. That would make U.S. corporate income taxes the highest in the world and result in lower wages for workers. He’s also proposed higher taxes on the wealthy and on capital gains.

Those high taxes would make Medicare-for-all a bad deal for many Americans. Emory University professor Kenneth E. Thorpe estimates that 70 percent of working, privately insured households would pay more for health insurance under Medicare-for-all than they currently do.

All these new taxes would not come close to covering the cost of Medicare-for-all. Together, they’d generate about $17.5 trillion — just over half of what Sanders estimates Medicare-for-all would cost and about one-third of the American Action Forum’s more realistic estimate.

Sanders has taken to touting the supposed savings Medicare-for-all would deliver in order to distract from concerns about its cost. His latest piece of “evidence” is a study published by a Yale epidemiologist and unpaid advisor to his campaign in the medical journal The Lancet claiming that Medicare-for-all would save the United States $450 billion every year and save 68,000 lives.

There are several problems with this study. For starters, $100 billion of these savings would come from reimbursing doctors and hospitals at Medicare’s existing rates, which are much lower than those currently paid by private insurers. The study acknowledges as much but argues that healthcare providers would happily accept pay cuts in exchange for reduced administrative costs.

Healthcare providers have successfully staved off just about every pay cut Congress has threatened over the past two decades. Further, Democrats in Congress have stopped well short of foisting Medicare-style price controls on surprise medical bills, as Avik Roy of the Foundation for Research on Equal Opportunity has pointed out. If they can’t muster the political courage to cap something as universally reviled as surprise medical bills, they’re unlikely to do so across the entire healthcare system.

Second, the study assumes $219 billion in administrative savings, if Medicare-for-all matches the current Medicare program’s level of overhead. But many of the administrative costs currently borne by the private sector wouldn’t disappear under Medicare-for-all. They’d shift to other parts of the federal government.

The IRS would have to spend more money collecting taxes. The Department of Health and Human Services would have to build a huge new infrastructure to process claims and investigate fraud. On that front, the government’s track record isn’t great, given that about 10 percent of Medicare’s existing payments are fraudulent.

Perhaps most important, the Yale study Sanders cites assumes that millions of people who already have health insurance will not consume any more care after Medicare-for-all makes it “free.” That runs counter to the basics of supply and demand. Make care cheaper, and people will demand more of it. If taxpayer-funded care induces additional demand, much of Sanders’ savings will vanish.

Sanders’ plan to pay for Medicare-for-all amounts to little more than wishing for savings that will never materialize.