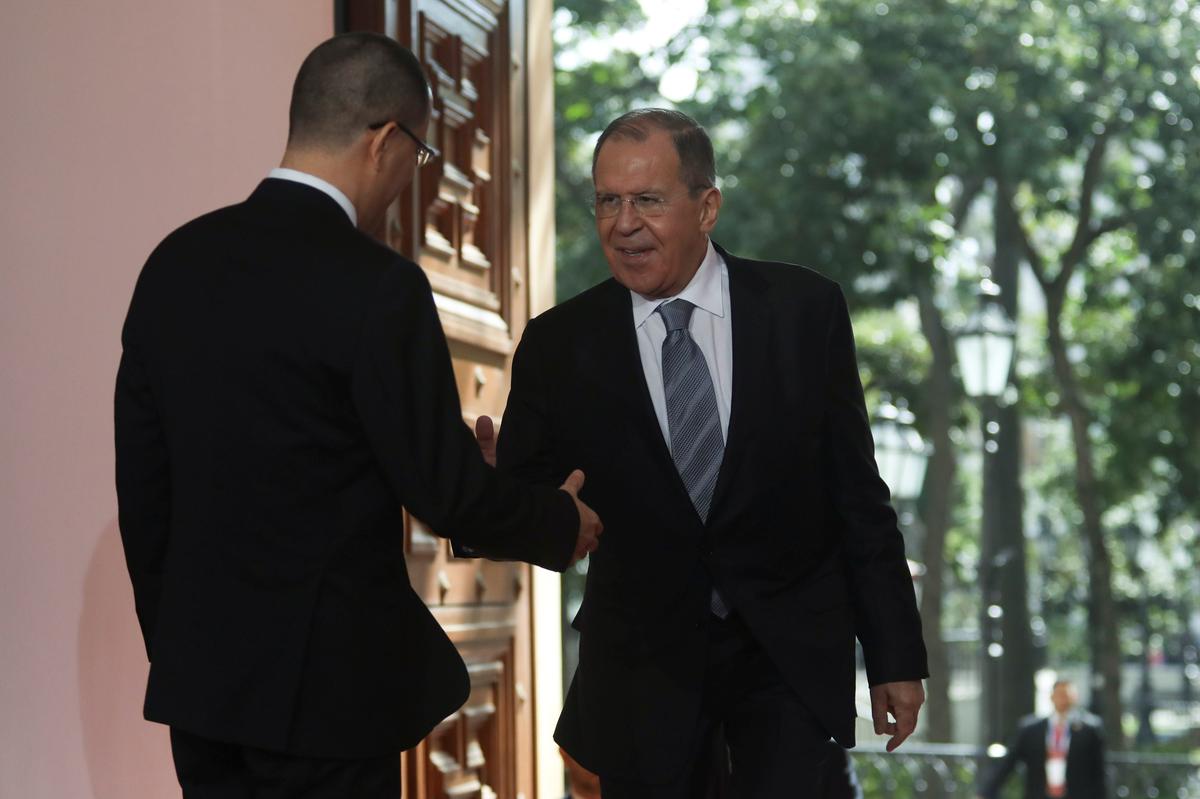 Sergei Lavrov arrived in Caracas on Thursday, only hours after the State Department suggested its Venezuela sanctions program could begin targeting Russia, whose oil companies have helped Maduro by buying much of the OPEC nation’s crude.

Assistance from Russia could be decisive for Maduro to boost oil production and restore economic growth after a surprise opening of the economy last year that followed years of hyperinflation and an exodus of 5 million people.

Lavrov entered the foreign ministry on Friday morning, where he was received by a youth orchestra playing traditional Venezuelan plains music. He did not make statements to the press before entering a meeting with Foreign Minister Jorge Arreaza and is expected to meet Maduro later.

This week, U.S. President Donald Trump met at the White House with opposition leader Juan Guaido, who is recognized by more than 50 countries as Venezuela’s legitimate president.

On Thursday, U.S. Special Representative to Venezuela Elliott Abrams warned that Russia’s support for Maduro’s government may “no longer be cost free,” noting that companies that have licenses to work with Venezuela could lose them.

“The rules about sanctions can always change,” Abrams told reporters. “The licenses that are given can be withheld; those that are withheld can be given.”

Lavrov, who was in Mexico as part of a tour of Latin American nations, on Thursday slammed U.S. “provocations” and said Washington was seeking a pretext for a military intervention.

Despite the drama of the Cold-War-like exchange, it is not evident that Washington is prepared to sanction Russian oil companies due to the potential impact on crude markets.

Though the Trump administration has said it wants to starve Maduro’s government of export revenue, the sanctions include exceptions that allow companies such as U.S. oil producer Chevron to continue buying Venezuelan oil.

Amid the rhetorical bluster, Chevron and India’s Reliance have defended their business with Venezuela on the grounds that it has Washington’s approval.

Venezuela’s ruling Socialist Party has overseen a dramatic collapse of a once-bustling economy. A corruption-riddled currency control system and state seizures of private businesses have left the country with inflation near 10,000%.