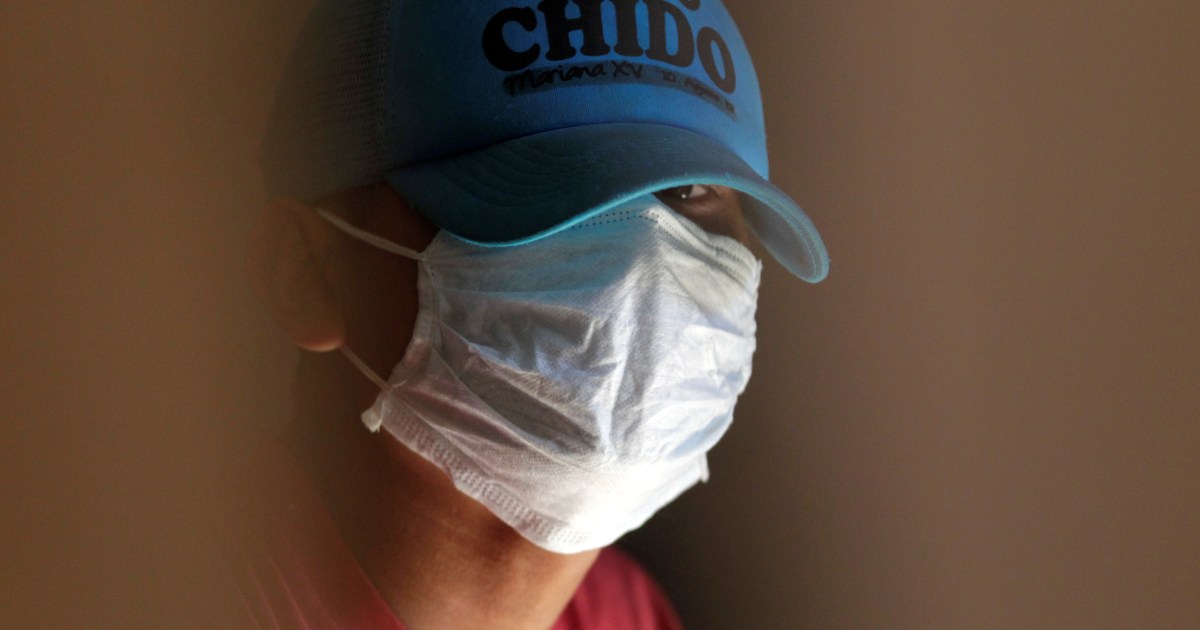 In this file photo from November, a migrant rests at the home of Honduran migrant Glenda Troches, which she adapted as a migrant shelter during the outbreak of the coronavirus disease (COVID-19) in Saltillo, Mexico [File: Daniel Becerril/Reuters]

A leading human rights group has called on the incoming administration of President-elect Joe Biden to dismantle a migration programme which the group said subjected migrants to avoidable physical and emotional harm.

The administration of President Donald Trump championed two years ago the United States Migrant Protection Protocols (MPP) or the “Remain in Mexico” policy, to deter migrants from claiming asylum along the US’s southern border.

Under the policy, migrants have to wait for their asylum court hearings in Mexican border cities, rather than in the US, as had long been policy.

Human Rights Watch (HRW) in a report issued on Wednesday said the policy which sent thousands of migrants to some of Mexico’s most dangerous cities and subjected them to abduction and rape – should be “quickly and decisively dismantled”.

Migrants walk with food in their hands at Posada Belen migrant shelter, in Saltillo, Mexico [File: Daniel Becerril/Reuters]Michael Garcia Bochenek, senior children’s rights counsel at Human Rights Watch, said the policy “has needlessly and foreseeably exposed children and adults to a high risk of violence and other harm”.

“Repairing this damage will take time, but the Biden administration should immediately begin to allow people in the programme to return to the United States while their asylum cases are pending,” he said.

The New York-based group said under the policy, more than 69,000 asylum seekers were sent back to cities such as Ciudad Juarez, Mexicali and Matamoros – cities rife with cartel violence – where migrants were sexually assaulted, abducted for ransom, extorted, robbed at gunpoint and subjected to other crimes.

Cecilia P, a 36-year-old Venezuelan woman and a mother of two children told HRW that after lodging her asylum case with US Customs and Border Protection (CBP) agents, she was driven by bus to Ciudad Juarez to wait for a court date that was three months away.

The Trump administration created the ‘Remain in Mexico’ programme in January 2019 to deter asylum seekers trying to enter the US through its southern border [File: Daniel Becerril/Reuters]Ciudad Juarez is a notoriously dangerous Mexican city, with one of the highest murder and femicide rates in the world. With no job and limited funds, Cecilia said she was left alone there to fend for herself.

Soon after, she says, four men attacked her and another female migrant who was with her.

“It was clear from what they were saying they wanted to rape us,” Cecilia said. “One grabbed me. Another one grabbed my friend. We started to scream. Some people came up and helped drive the men off. The children were completely traumatised.”

The 103-page report titled “‘Like I’m Drowning’: Children and Families Sent to Harm by the US ‘Remain in Mexico’ Program,” was conducted with the contribution of experts in mental health and child protection who say the trauma for the migrant children could have lasting effects.

“The constant threat of danger, repeated exposure to abuse and harassment, lack of clarity about pathways to protection, and lack of access to support combine to create and exacerbate trauma,” said Dr Ryan Matlow, clinical associate professor of psychiatry at the Stanford University School of Medicine. “For many families, the result is severe acute distress with potential for lasting psychological and health consequences.”

But despite promising to undo much of Trump’s legacy, including loosening immigration restrictions, Biden, who takes office on January 20, has so far indicated that he will not quickly reverse his predecessor’s immigration policies along the US-Mexico border.

“The last thing we need is to say we’re going to stop immediately, the access to asylum, the way it’s being run now, and then end up with two million people on our border,” Biden said in a news conference in late December.

He said that more funding is required to hire more asylum judges to process claims more efficiently, adding that “it’s going to take probably the next six months to put that in place”.