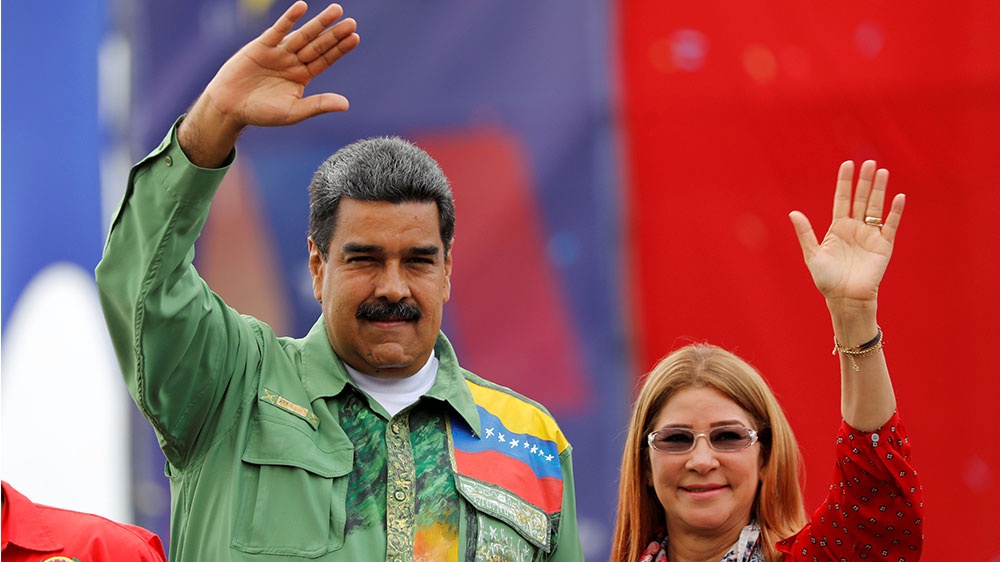 Four years ago, a minor player in the Venezuelan leadership was arrested in Colombia and extradited to the United States to face drug charges. He proved to be an important catch.

Now, with help from Lamas’s testimony, the US is preparing to charge Flores in coming months with crimes that could include drug trafficking and corruption, four people familiar with the investigation of the first lady told the Reuters news agency. If Washington goes ahead with an indictment, these people said, the charges are likely to stem, at least in part, from a thwarted cocaine transaction that has already landed two of Flores’s nephews in a Florida jail.

Nicole Navas, a spokeswoman for the US Department of Justice, declined to comment on any possible charges against Flores. Flores and her office at the National Assembly did not respond to questions for this article. Jorge Rodriguez, Venezuela’s information minister, told Reuters in a text message that its questions about the possible US indictment of Flores were “nauseating, slanderous and offensive”. He did not elaborate.

In a series of interviews with Reuters, the first Lamas has given since his arrest, the former bodyguard said Flores was aware of the cocaine-trafficking racket for which her two nephews were convicted by a US court. Flores also used her privileged position, he said, to reward family members with prominent and well-paid positions in government, a claim of nepotism backed by others interviewed for this article.

Speaking behind reinforced glass at the prison in Washington, DC, where he is detained, Lamas told Reuters he is speaking out against Flores because he feels abandoned by the Maduro administration, still ensconced in power even though many of its central figures, including the president, have also been accused of crimes. “I feel betrayed by them,” he told Reuters.

In his first interview, I spoke with Yazenky Lamas, who worked to protect Flores over a decade. In 2016 he was arrested in Colombia on a US warrant for drug charges.

He says he is speaking out because Flores betrayed him: “I was loyal to them. But they weren’t loyal to me.” 2/6 pic.twitter.com/1Fz8gJtARG

In late March, US prosecutors indicted Maduro and more than a dozen current and former Venezuelan officials on charges of “narco-terrorism” and drug smuggling. Maduro, now in his eighth year as Venezuela’s president, for years sought to flood the US with cocaine, prosecutors alleged, seeking to weaken American society and bolster his position and wealth.

Maduro’s office did not respond to requests for comment. In a televised speech after the indictments, he dismissed the charges against him and his colleagues as a politically motivated fabrication by the administration of US President Donald Trump. “You are a miserable person, Donald Trump,” he said.

The March indictments and the possible charges against Flores come amid a fresh campaign by Washington to increase pressure on Maduro. His enduring grip on power, some US officials say, is a source of frustration for Trump.

Starting in 2017, the US Treasury Department sanctioned the socialist leader along with his wife and other members of the Maduro “inner circle”. The swipe at Flores enraged Maduro. “If you want to attack me, attack me,” he said in a televised speech at the time. “But don’t mess with Cilia, don’t mess with the family.”

Leveraging the economic fallout from the coronavirus crisis in Venezuela, the White House now hopes it can topple a leader who has weathered years of tightening economic sanctions, civil unrest and international isolation.

Flores is a longtime strategist and kingmaker in the ruling Socialist party. She first gained prominence as a politician and confidante of the late Hugo Chavez, Maduro’s predecessor and mentor. She does not hold an official role in Maduro’s cabinet. Still, the probe against her underscores the vast influence she wields, particularly in helping Maduro outmanoeuvre rivals inside and outside of Venezuela.

Flores has sought personal concessions in recent years in negotiations with the United States. According to five people familiar with the discussions, Flores instructed intermediaries to ask US envoys for liberty for her jailed nephews. In exchange, these intermediaries said Venezuela would release six imprisoned executives of Citgo Petroleum Corp, the US refining unit of Venezuela’s state-run oil company. The executives, arrested by Venezuela in 2017 and charged with embezzlement, are widely considered by human rights activists and many in the business community to be political prisoners.

That overture, reported here for the first time, failed.

But Washington knows Flores’s clout. “She is probably the most influential figure other than Maduro,” Fernando Cutz, a senior White House adviser on Latin America during Trump’s first year in office, told Reuters.