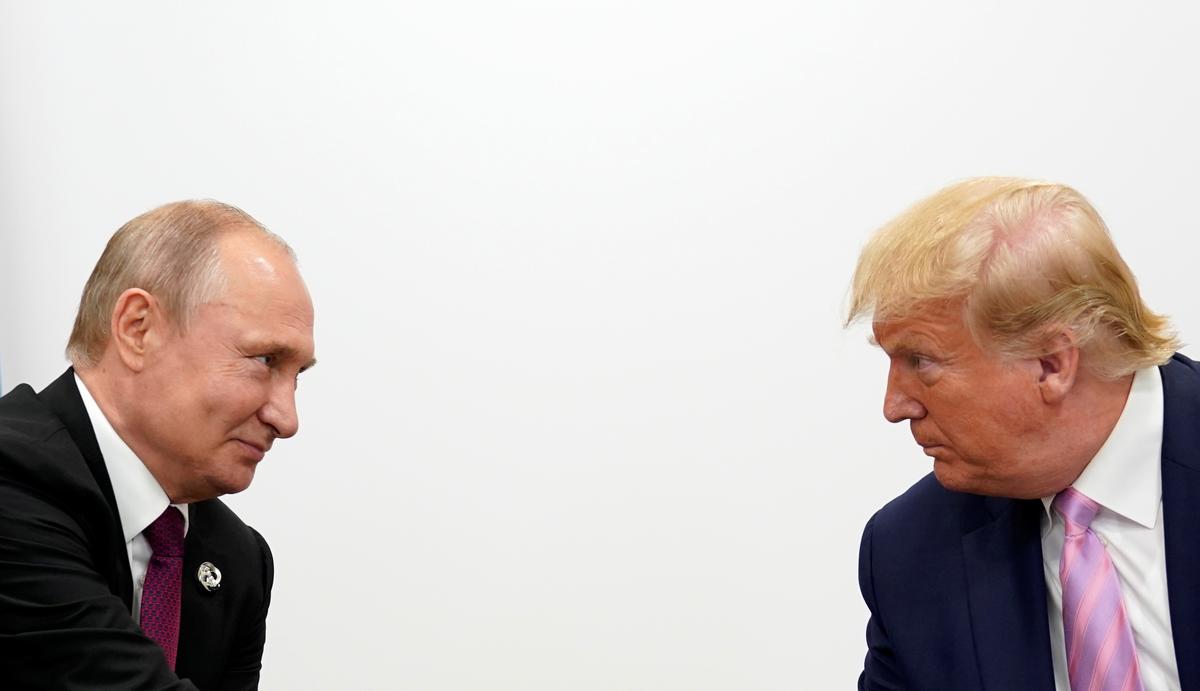 OSAKA (Reuters) – Russia’s president said on Saturday that Moscow would do all it could to improve relations with the United States that have been strained by years of diplomatic conflicts over Ukraine and accusations of Russian meddling in U.S. elections.

Vladimir Putin was speaking at the G20 summit in Osaka where he met U.S. President Donald Trump to discuss issues ranging from trade to disarmament. He also invited Trump to visit Moscow in May next year.

Trump confirmed that Putin had invited him to a ceremony to mark 75 years since Russia’s World War Two defeat of the Nazis.

“He invited me and I said I would give it very serious consideration,” Trump told a news conference after the summit.

Putin described the talks in Osaka as a “good meeting, business-like, pragmatic” and said the leaders agreed that two-way economic ties required improvement.

“I think we both understand that we need to somehow resolve the current situation,” Putin said, adding that the two nations needed to “somehow find the strength to turn the page and move forward.”

Asked during a news conference at the summit about the probability of more U.S. sanctions against Russia, Putin said it was up to Washington to decide how best to build relations with Moscow.

Putin said he and Trump had discussed the election meddling allegations and the situation in Venezuela. But he gave no details.

(Story was refiled to remove extraneous word in byline)