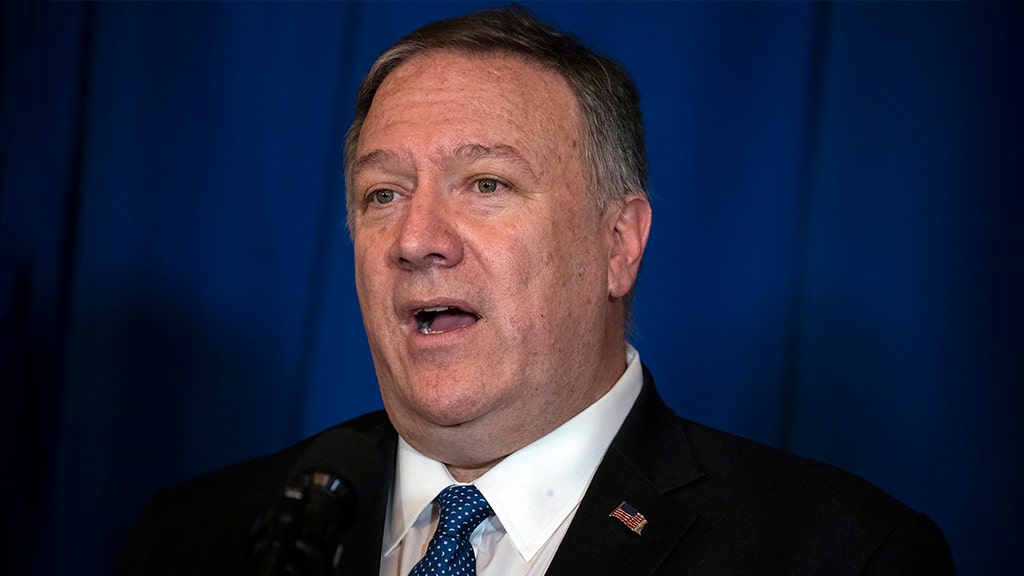 U.S. Secretary of State Mike Pompeo said Thursday he is “outraged” after the U.N. released a list of more than 100 companies it said were in violation of Palestinian human rights for operating within Israeli settlements in the disputed territory of the West Bank.

The database was created largely to name and shame companies contributing to the settlements, which have been deemed illegal by much of the international community.

“Its publication confirms the unrelenting anti-Israel bias so prevalent at the United Nations,” Pompeo said in a statement. The U.N. list does not impose any penalties on the companies or accuse them of acting illegally.

Pompeo said the list supports a pro-Palestine boycott movement known as BDS —  boycott, divestment and sanction — and called on all U.N. member states to reject the effort.

The list, mandated by the U.N. Human Rights Council in 2016 and long-delayed, contains a majority of Israeli companies, including banks and construction firms, as well as international businesses from the United States, Netherlands, France and the United Kingdom.

Travel companies Airbnb, Expedia, TripAdvisor, Booking.com and Opodo were among the names of U.S. companies.

Other name brands like food maker General Mills — known for products such as Cheerios and Pillsbury — tech and communications giants Motorola and Altice Europe, infrastructure companies like France’s Egis Rail and Alstom, and Britain’s JC Bamford Excavators are also on the list.

Palestinians seek the West Bank and East Jerusalem, captured by Israel in the 1967 Mideast War, to be parts of an independent state, and a vast majority of the world considers it illegal for Israel to settle there. The West Bank is currently home to about 2.8 million Palestinian Arabs and 400,000 Jewish residents in 127 communities commonly referred to as settlements.

In November 2019, Pompeo said America no longer considers Israeli settlements to be in violation of international law and claimed the Trump administration believes they are necessary to preserve Israeli security.

Israel’s acting minister of foreign affairs, Israel Katz, called the publication of the list a “shameful surrender” to countries and organizations that want to hurt Israel. He accused the council of assisting a global anti-Israel boycott movement.

“The state of Israel will not accept discriminatory and anti-Israel policies and we will work in every possible way to prevent such decisions from being carried out,” he said.

Palestinian Foreign Minister Riad Malki hailed the list as a “victory for international law and for the diplomatic effort to dry up the sources of the colonial system represented by illegal settlement in the occupied Palestinian territory.”

“We demand the companies immediately close their headquarters and branches inside illegal Israeli settlements because their presence contradicts international and U.N. resolutions,” Shtayyeh posted on Facebook. “We will pursue companies listed in the report legally through international legal institutions and in courts in their countries for taking part in human rights violations in Palestine.”

President Trump has previously accused the Human Rights Council of anti-Israel bias and he withdrew the U.S. from it in 2018, criticizing the U.N. for accepting countries that his administration said have repeatedly violated human rights. The Human Rights Council consists of 47 member states incuding Venezuela, China, Russia and Sudan.