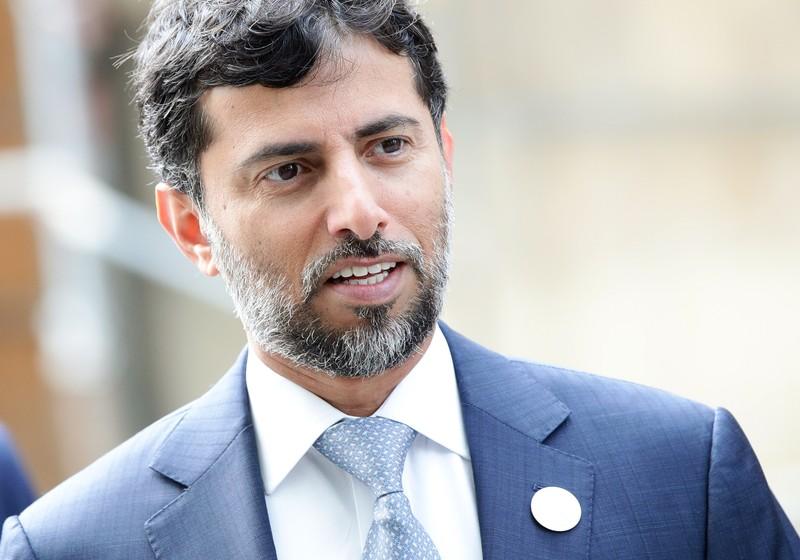 DUBAI/LONDON (Reuters) – OPEC is assessing the impact on the oil market from attacks on Saudi Arabian facilities and says it is too early for members to take any action on raising output or holding a meeting, the UAE energy minister and other sources said.

Oil surged on Monday to almost $72 a barrel, posting its biggest intra-day percentage gain since the Gulf War in 1991, after an attack on Saturday shut more than 5 million barrels per day (bpd) of output, or over 5% of global supply. [O/R]

The United Arab Emirates’ energy minister said his country was able to boost output to deal with any supply disruptions, but it was too early to call for an emergency meeting of the Organization of the Petroleum Exporting Countries.

“We have spare capacity. There are volumes we can deal with as an instant reaction,” Suhail al-Mazrouei told reporters in Abu Dhabi on Monday.

Before the attack, OPEC had been focusing on boosting adherence to a supply-reduction pact with Russia and other non-members, known as OPEC+. OPEC has been over-delivering on the pledge and Mazrouei said that, while spare capacity is there, the UAE would stick to its quota.

“The UAE remains committed to its production target under the OPEC+ agreement,” he said. If Saudi Arabia called for an OPEC emergency meeting, “we will deal with it.”

OPEC Secretary General Mohammad Barkindo discussed the oil market with the head of the International Energy Agency, Fatih Birol, on Monday after the attacks on Saudi oil facilities, an OPEC source told Reuters.

The two men expressed their satisfaction that “the situation has been brought under control by the Saudi authorities,” and agreed to continue to monitor the market and keep in regular contact over the next couple of days, the OPEC source said.

With global oil inventories plentiful and no signs of a shortage yet, OPEC does not need to formally discuss taking any action for now, two other OPEC sources said.

“It’s still early to talk about it,” one of them said.

OPEC members and non-members including Russia agreed in December to reduce supply by 1.2 million bpd from Jan. 1 this year. OPEC’s share of the cut is 800,000 bpd, to be delivered by 11 members and exempting Iran, Libya and Venezuela.

The extent of any action OPEC excluding Saudi Arabia could take to boost supplies is limited, said a third OPEC source. Saudi Arabia as the top OPEC producer holds the bulk of its unused production capacity.

Nonetheless, other members including the UAE, Kuwait and Iraq have as much as 940,000 bpd of spare capacity that they could bring on to the market, according to IEA figures.

Iran holds extra capacity but this is not counted by the IEA due to U.S. sanctions keeping most of its oil exports off the market.