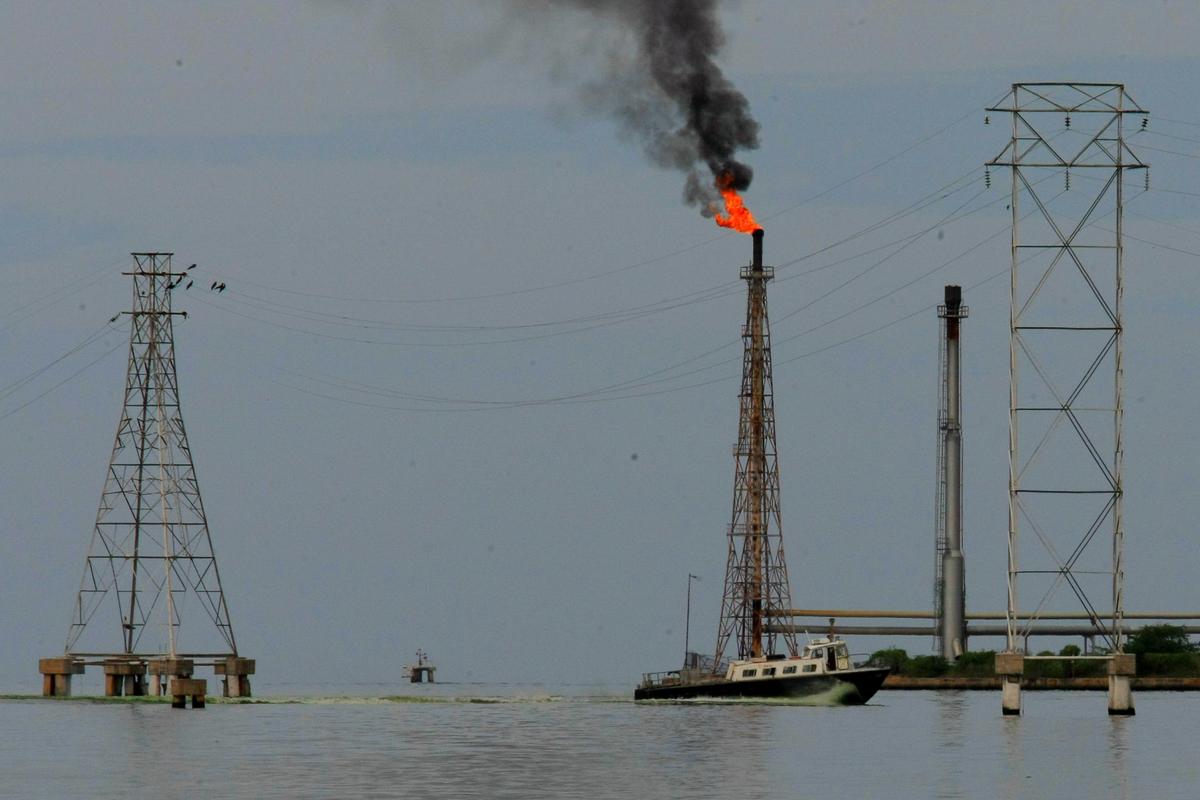 “Prices appear to be treading water ahead of this week’s events,” said John Kilduff, partner at Again Capital Management.

Traders and investors are watching the Fed this week, with U.S. central bankers expected to lower borrowing costs for the first time since the depths of the financial crisis more than a decade ago.

Economic growth in the United States slowed less than expected in the second quarter, strengthening the outlook for oil consumption. Elsewhere, growth is slowing faster, partly because of the U.S.-China trade war over the past year.

“All that macro-economic anticipation is reminding us that oil prices are focused on global growth ideas for market direction,” Phil Flynn, an analyst with Price Futures Group in Chicago, said in a note.

U.S. and Chinese negotiators meet this week for their first in-person talks since a G20 truce last month, but expectations are low after Trump said China might not want to sign a trade deal until after the 2020 U.S. election.

“On the trade front, expectations may be low ahead of renewed Sino-U.S. talks, but any positive echoes this week will lift market sentiment,” said BNP Paribas global oil strategist Harry Tchilinguirian.

Crude prices were also supported by supply risk as tensions remained high around the Strait of Hormuz, through which about a fifth of the world’s oil passes.

Tensions have spiked between Iran and the West after Iranian commandos seized a British-flagged oil tanker in the Gulf this month in apparent retaliation for the seizure of an Iranian tanker by British forces near Gibraltar.

Britain told Iran that if it wants to “come out of the dark” it must follow international rules and release the British-flagged tanker.

Following the end of a waiver on U.S. sanctions at the start of May, China’s crude oil imports from Iran sank almost 60% in June from a year earlier, Chinese customs data showed on Saturday.

Additional reporting by Bozorgmehr Sharafedin in London and Aaron Sheldrick in Tokyo; Editing by Marguerita Choy and David Gregorio