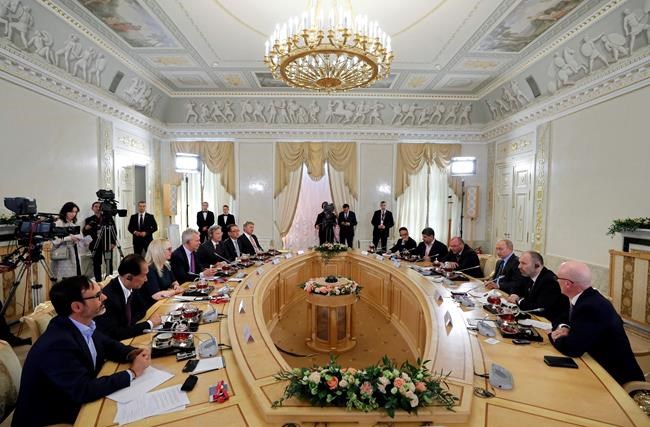 Russian President Vladimir Putin has told reporters that Moscow has no intention to deploy its troops or set up military bases in Venezuela.

He added that Russian experts have been in Venezuela to service Russian-made weapons bought by Caracas.

Putin, who was meeting Thursday with the head of international news agencies, was responding to a question about a tweet by U.S. President Donald Trump earlier this week that said Moscow had informed Washington it had pulled out its personnel from Venezuela.

“We aren’t creating any bases or sending troops there,” Putin said. “But we will be keeping our obligations in the sphere of military and technical co-operation.”

The Russian leader said the U.S. sanctions against Venezuela have hurt ordinary people and warned Washington against using force.