Posted By: Shayera Dark 8 months ago 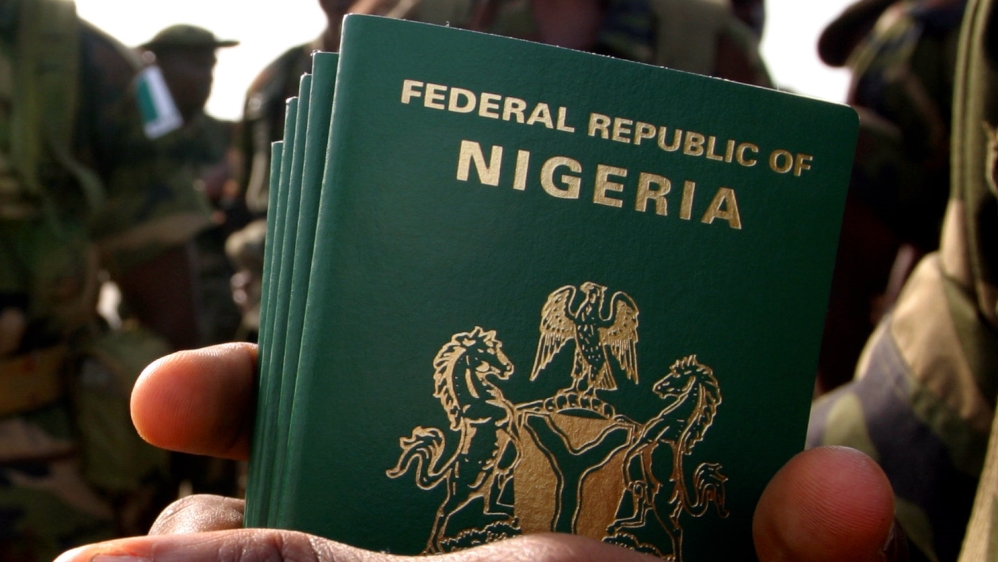 Approximately 30,000 Nigerians overstayed their non-immigrant visa in 2018, according to the US Department of Homeland Security [File: Afolabi Sotunde/Reuters]

Lagos, Nigeria – Ikenna is in a bind. On the one hand, the US green card holder has been advised not to travel outside the United States for a year to avoid the risk of failing to meet the eligibility criteria for citizenship. On the other hand, his newly wedded wife in Nigeria cannot visit him. She had applied for a tourist visa days before the US suspended a “drop box” procedure in May 2019 that allowed frequent visitors to reapply without being subjected to the interview process – but her application was denied.

The healthcare professional said his wife was told that since she was married to a permanent resident, he should file an immigrant visa application on her behalf instead. As such, Ikenna quit his job in Nigeria’s capital, Abuja, and relocated to the US in late July to begin the process. In the meantime, his spouse applied for a business visa in October to no avail.

And now things have become even more complicated.

Last week, the White House said immigrants from Nigeria and five other countries will no longer be eligible for visas allowing them to live in the US permanently, expanding its controversial travel ban policy. A presidential proclamation on January 31 cited Nigeria’s failure to comply with security and information sharing requirements, and its high “terror” risk to the US as reasons for imposing the restriction.

“I filed for her (immigrant visa application) in November and now the ban has been announced,” says a frustrated Ikenna. “I’ve been a beneficiary of the long, tedious, nebulous process to obtain my legal permanent residence, and now I’m experiencing the same process to get the visa for my wife.”

He remains unconvinced about the ban, arguing non-immigrant visa applicants were less scrutinised and therefore more of a threat to US security than those applying for immigrant visas.

“The [US government] is not just punishing Nigerians,” he said about the travel restrictions, scheduled to come into effect on February 21. “They’re punishing American citizens,” he added, referring to the thousands of other Nigerians processing immigrant visas for their immediate family members in Nigeria.

That sentiment also rings true for Chienye, a product marketing manager who is currently petitioning for an immigrant visa for his mother in Nigeria. He feels the ban is unfair and infringes on his rights as a US citizen.

“Melania Trump herself used the same immigration method to bring her parents to the United States,” he said of the wide of US President Donald Trump. “That’s one of the luxuries of being a citizen. You can extend that and bring close family members to come be with you here.”

A citizen since 2018, 37-year-old Chienye says he was excited about bringing his mother over as she has never visited in the 15 years he has lived in the US, first in Minnesota and then Washington states. It was something he had hoped to change now that he was financially solvent to pay for her trip.

“My mum is getting old and I want to bring her here to relax and enjoy herself even if it’s for a few months.”

While non-immigrant visa applicants remain unaffected, Nigerian student Onyinye is worried about the ban’s knock-on effect. The mother of two is completing her nursing prerequisites in Maryland.

“I don’t want a situation where I have to renew my papers and can’t because of the ban,” she said, speculating on the possibility the US government might unofficially limit the numbers of student visa issued to Nigerians. “I just don’t want to be undocumented here.”

In 2018, Nigerians were issued a total of 7,922 immigrant visas, the second highest among African nations. Over half of that number went to immediate relatives of US citizens. Incidentally, following visa fee hikes and suspension of the interview waiver Drop Box application last year, applications for non-immigrant visas dropped by 21 percent.

Approximately 30,000 Nigerians overstayed their non-immigrant visa in 2018, making them the third-largest defaulters behind Venezuelans and Brazilians, according to data from the US Department of Homeland Security. Some insist this may have informed the recent restrictions. Others maintain the ban is a ploy to further curtail the number Nigerians coming to the US.

“I think the Trump administration is trying to limit immigration from black and brown countries,” argued Chienye, adding most Nigerians in the US are educated and dismissing the security reasons cited for the move.

“The only reason Trump is banning Nigerians is that he doesn’t want black immigrants in the United States, and Nigerians make up a huge portion,” he said.

For Onyinye, the right to live and work legally in the US supersedes the possibility of acquiring citizenship in the long run. And though she counts herself fortunate that her husband and children live with her, she wishes she could bring her mother over.

“If that’s not possible, I’ll have to work more so I can visit Nigeria to see her more often,” she said before acknowledging the ban might prevent her from re-entering the US. “Until that’s cleared up, I guess no trips for me.”

According to immigration lawyer Leila Mansouri, who has handled cases for Iranians and Iranian Americans affected by the 2017 Muslim ban that restricted travellers from Iran and several other Muslim-majority countries, the text of the recent travel ban is not clear on whether Nigerians with non-immigrant visas are barred from applying for permanent residency.

“Based on how the [US government] handled it for Iranians, I think that [Nigerians] already in the US will be able to naturalise or get married and adjust their status,” she said, adding that those who leave the US might find it difficult to re-enter.

Last week, the Nigerian government announced it had established a committee to address the updated requirements. On Tuesday, Nigeria’s Foreign Affairs Minister Geoffrey Onyeama appeared in a joint news conference in Washington with US Secretary of State Mike Pompeo, stating Nigeria had been “blindsided with the announcement of the visa restrictions.” He maintained, however, the country was in the process of fulfilling the demands and had already “ticked most of the boxes”.

“Essentially, there were security measures that were taken with regards to electronic [and] lost and stolen passports,” noted Onyeama, adding Nigeria was working to make data for the aforementioned and information on suspected terrorists available to the US and member countries of Interpol “very soon”.

Like many in Nigeria and the US, Onyinye is hopeful both countries will reach a resolution.

“I reckon the ban will only be for a short time,” she said.