Posted By: Fox News 6 months ago 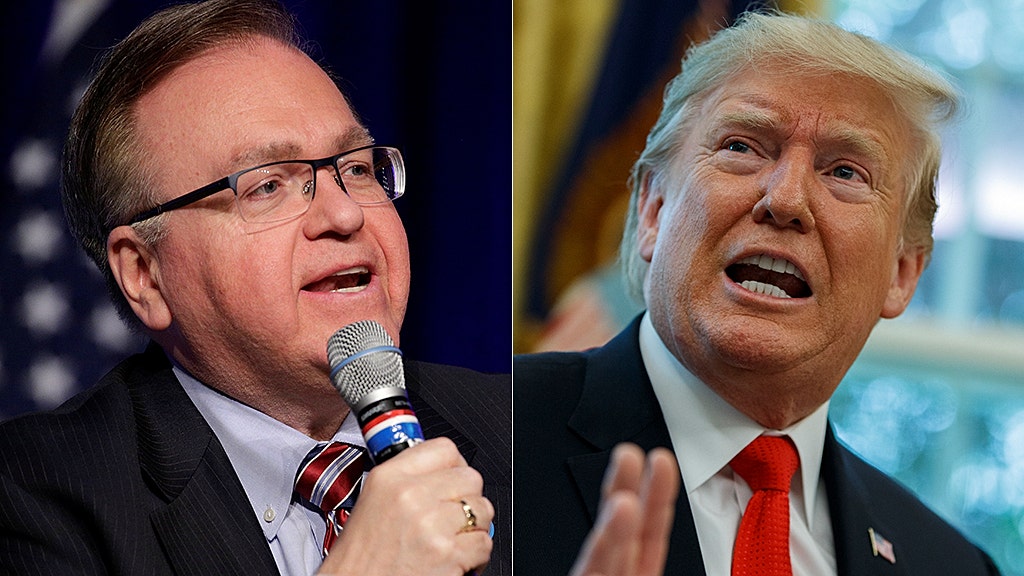 The head of the New Hampshire Democratic Party jokingly compared President Trump to a demonic entity during the state party’s convention on Saturday.

“First off, I want to apologize,” Raymond Buckley told convention-goers at Southern New Hampshire University Arena in Manchester. “Two weeks ago, Donald Trump was here, and we did our best to get the sulfur smell out of here, and I apologize but there’s still a lingering scent.”

Buckley’s comments are the latest in a long line of Satanic comparisons by public figures.

Former President Obama smelled himself at a rally in 2016, poking fun at radio host Alex Jones’ contention that the former president and his secretary of state, Hillary Clinton, bore the demonic scent.

“I was reading the other day. There’s a guy on the radio who apparently said me and Hillary are demons, said we smell like sulfur. Ain’t that something?” he told a crowd supporting Clinton’s presidential bid.

In December 2009, Chavez referred back to the 2006 speech when he harshly criticized Obama during a U.N. climate conference in Copenhagen, saying: “It still smells like sulfur in the world.”