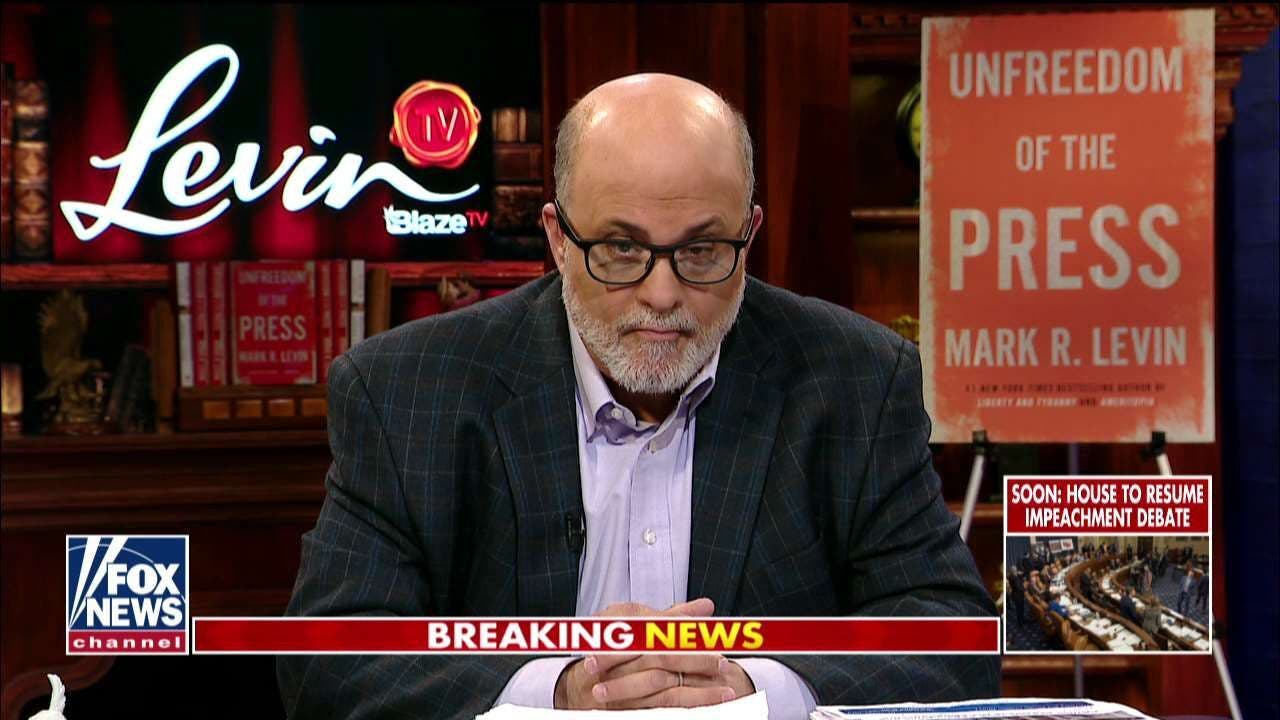 Get all the latest news on coronavirus and more delivered daily to your inbox. Sign up here.

Mark Levin lit into Treasury Secretary Steve Mnuchin and leaders of both parties in Congress Tuesday after the Senate approved $484 billion in aid to help small businesses and other establishments deal with the effects of the coronavirus pandemic, which Levin said could potentially explode inflation and create “Weimar Republic”-level financial distress on future generations.

“As I speak, the Republicans and Democrats — Congress and the president, with his point man Steven Mnuchin — a liberal Democrat, FDR-adherent from New York — have come up with a half-trillion-dollar deal,” Levin fumed at the start of his program.

“So, we’ve gone from a quarter-trillion to now a half-a-trillion. [And Nancy] Pelosi and [Chuck] Schumer virtually got everything they wanted — and the Republicans and the president are celebrating it!”

Levin said the “aid package” was not actually an aid package but an ill-timed “stimulus” bill and accused Mnuchin’s Treasury of using a liberal “accounting trick” wherein they are printing money instead of taking on new debt.

“Out of this $500 billion, perhaps half will go to small businesses, and we’re now finding that large corporations and franchisers are getting a lot of this money, not small businesses,” he said. “Mnuchin’s already working on Phase 4 –infrastructure, broadband … [and] state bailouts.”

“When I watch this jerk Mnuchin behind a microphone … he already knows what’s in Phase 4, you and I get nothing. We have no say, we have no participation in this.”

“This isn’t representative government,” Levin added. “First they shut down the whole economy [and] we’re supposed to hunker down in our homes. ‘Wear masks, wear gloves, if you dare step out of line you’re going to go to jail or you’re going to be penalized!’

“We’re setting the nation on a course for when the left takes over … what the hell do you think they’re going to do with this precedent?”

Levin said that the federal government has spent nearly $3 trillion in three weeks and predicted that the spending will not “save the economy” as promised.

“Open up the damned economy. Let people work. Let them make money. That’s how you open up business and create jobs,” he said. “Why would you adopt the [Venezuelan leader Nicolas] Maduro economic plan?”

“I’m only one voice,” Levin continued. “And I am going to oppose any Phase 4 — and if you care for your kids or your grandkids [or] the survivability of this republic [you should too].

“Both parties and both branches of govt are exploiting us now,” he added. “Don’t make America into Venezuela or the Weimar Republic or Zimbabwe … while the Chinese are on the move and on the rise.”