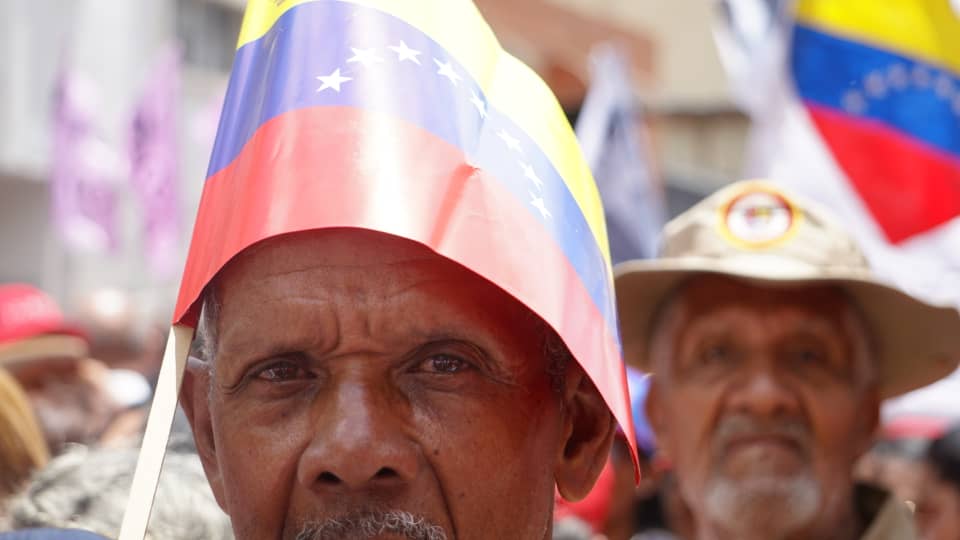 Authorities of the National Government accompanied Venezuelans dmeonstrating their commitment and loyalty to the legacy of Commander Hugo Chavez and freedom from the blockade caused by U.S. President Donald Trump during mobilizations in Caracas Wednesday.

On Wednesday, the streets of Caracas were once again filled with thousands of Chavista activists and Venezuelan citizens in rejection of unilateral coercive measures imposed by the government of the United States.

The leader of the Socialist Party United of Venezuela (PSUV), Jorge Luis Garcia Carneiro, said, “We now have more strength and courage to continue fighting, feel the legacy of Commander Hugo Chavez and Liberator Simon Bolivar.”

Carneiro, who is also the governor of the state of La Guaira, also sent a message to President Trump, to take care of his local problems and let the people of Venezuela live in peace. “We are determined to stand firm no matter what happens, this is our decision,” he said.

Meanwhile, the executive secretary of the United Socialist Party of Venezuela, Eduardo Piñate, said that the blockade is not only an act of interference but that U.S. imperialism has reached a level of despair “because of the decline in which it has found itself and their inability to stop the Bolivarian Revolution.”

Venezuelan Foreign Minister Jorge Arreaza marches on August 7 against the latest sanctions imposed by the US.

The political leader stressed that the Venezuelan opposition and the U.S. government believe that by increasing the siege against the country, the people will surrender. “We are giving another demonstration of dignity and rebellion, to combat in the streets and to show firmness to continue supporting this process.”

Also, the governor of the state of Miranda and spokesman for the PSUV, Héctor Rodríguez, rejected unilateral coercive measures which, he said, are illegal and immoral, because they affect the population.

“The saddest thing is that we have part of the Venezuelan opposition requesting and supporting these sanctions. Several years ago we were told that these were sanctions that only affected some politicians, absolutely nobody believes that line. ”