Posted By: Fox News 11 months ago 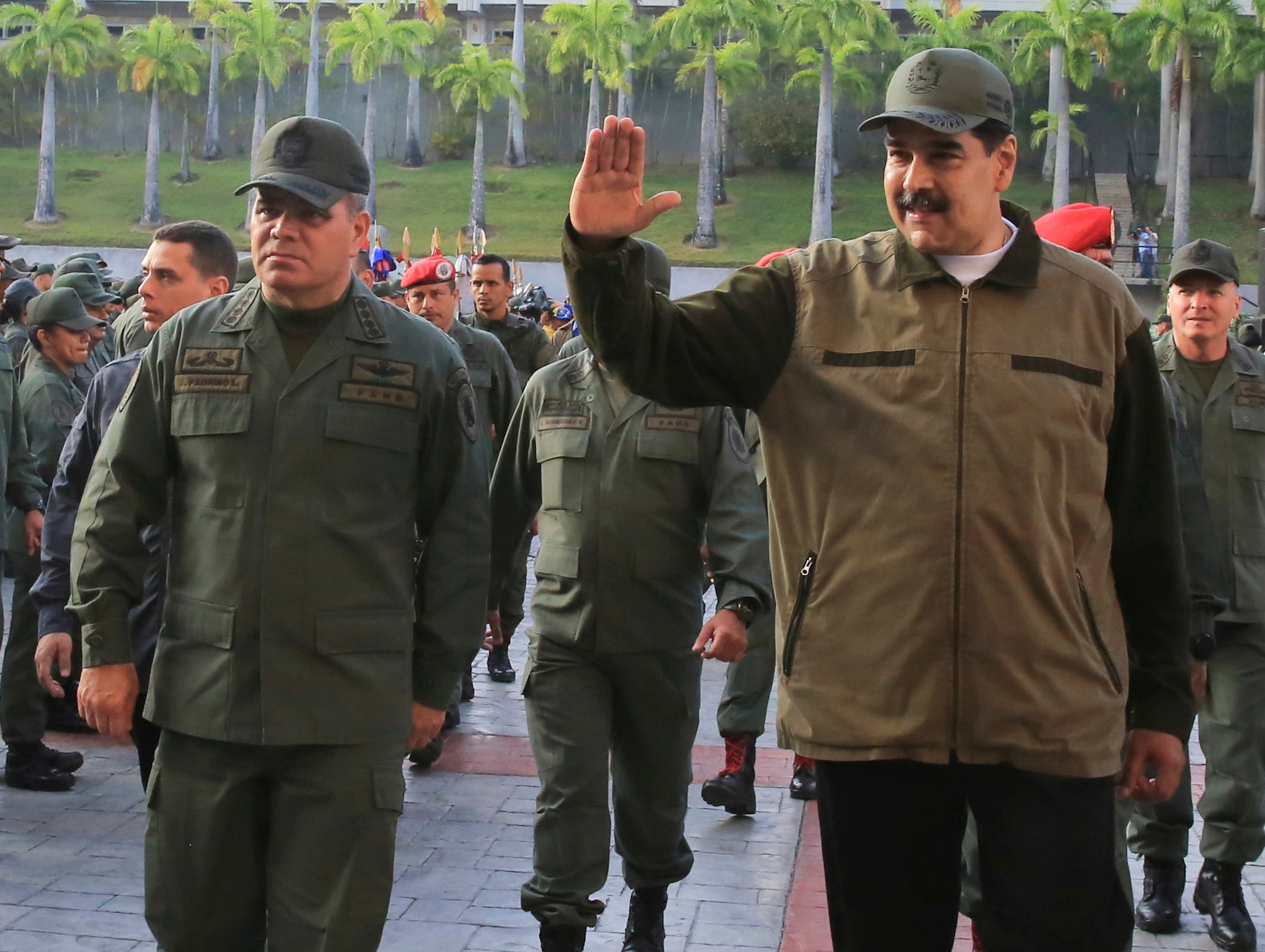 Venezuela’s President Nicolás Maduro presented a grand military parade on Friday to mark his country’s independence day, basking in his power as commander in chief.

Maduro applauded and pumped his fist as soldiers marched past, tanks rolled by and fighter jets rushed over at a Caracas military base. A unit of camouflaged special forces, with their weapons drawn, shouted their loyalty as they paraded by the presidential viewing stand.

“We look to the heavens, asking for peace,” Maduro said. “All the while our military exercises play out. We plead to God with our missiles pointed.”

In this May 20 photo, Venezuela’s President Nicolas Maduro flashes a hand-heart symbol to supporters outside Miraflores presidential palace in Caracas. (AP Photo/Ariana Cubillos)

The parade demonstrated the military’s continuing support for Maduro despite a political standoff with opposition leader Juan Guaidó. Known for using brutal tactics to crush his opponents, Maduro has come under intense criticism from not only Guaidó but also leaders of other nations, including the United States, who all support the opposition leader’s efforts in ousting Maduro.

Guaidó claimed presidential powers in January, drawing masses of supporters into the streets for demonstrations against Maduro and his responsibility for the oil-rich nation’s historic collapse. Because of Maduro’s rule, more than four million Venezuelans have left the country amid food and medicine shortages and crushing inflation.

As head of the opposition-controlled National Assembly, Guaidó claims Maduro’s re-election in 2018 to a second, six-year term is invalid because popular political figures were banned from running. Maduro, however, refused to step aside and Guaidó has not been successful in urging the critical mass of soldiers to support his cause.

Guaidó gathered protesters to take to the streets Friday for large demonstrations marking the 208th year of Venezuelan independence from Spain.

By midday, thousands joined him as they marched toward the headquarters of a military intelligence agency in Caracas where a navy captain opposed to Maduro was tortured to death a day earlier, according to his wife and attorney.

“Today in Venezuela, anyone who continues to support this dictatorship must know that he’s an accomplice to the violation of human rights,” said Guaidó, urging the military to overcome Maduro’s reign.

Opposition leader Juan Guaidó smiles at supporters as he arrives for a press conference in Caracas, Venezuela, Friday, May 3, 2019. In the fourth month of their standoff, President Nicolás Maduro and Juan Guaidó are unable to deliver a knock-out blow as Venezuela spirals deeper into neglect, isolation and desperation. (AP Photo/Ariana Cubillos)

Fox News’ Morgan Cheung and the Associated Press contributed to this report.

This article was written by Fox News staff.