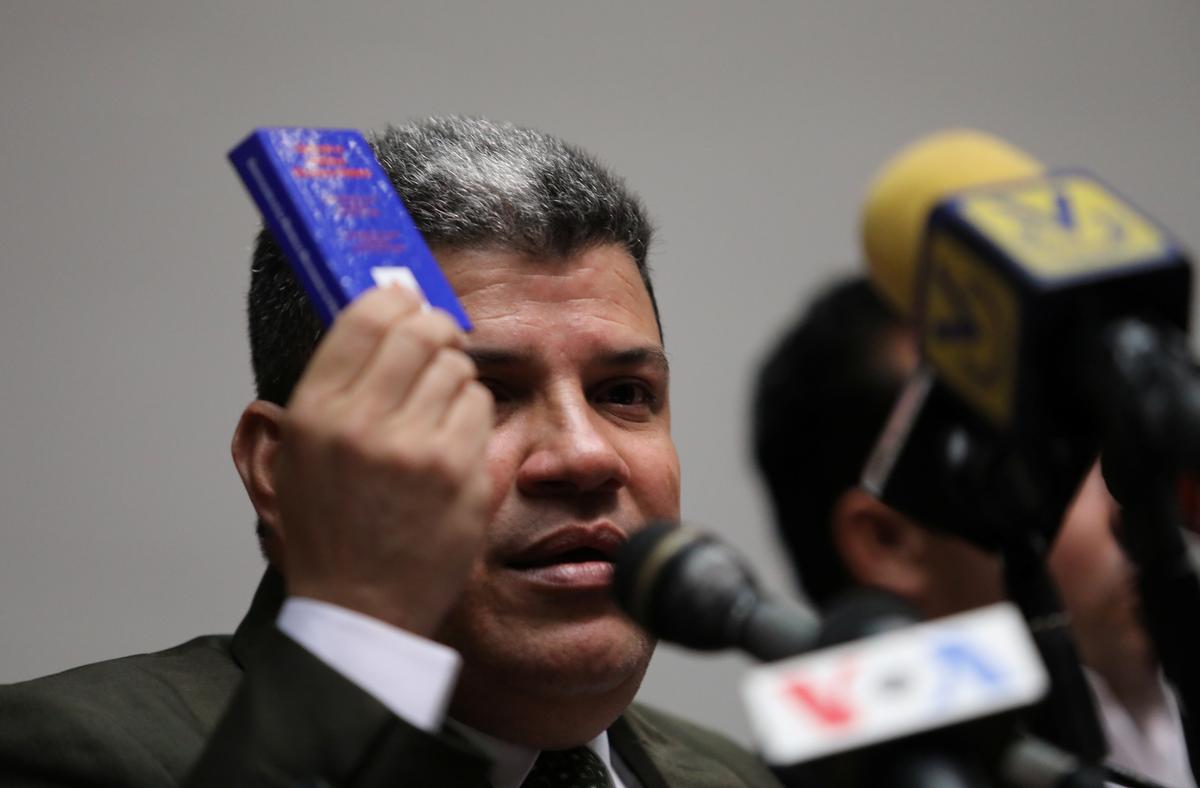 CARACAS (Reuters) – A Venezuelan lawmaker sworn in by the ruling socialist party as the new head of parliament said on Monday that naming a new electoral council to preside over free and fair elections was the body’s main priority.

President Nicolas Maduro’s government announced Sunday that Luis Parra, who was expelled from the First Justice opposition party in late 2019 due to corruption allegations that he has denied, was now parliament chief.

He was installed after troops with riot shields blocked opposition leader Juan Guaido from entering parliament for what was expected to be his re-election as head of congress.

Despite wielding little real power, the mostly ceremonial legislative body has been a thorn in the side of Maduro and what critics call his stranglehold on power in the crisis-torn country. Guaido is recognized by dozens of nations as Venezuela’s rightful leader.

Parra, who has said he is still an opponent of Maduro, told reporters the first step toward ending the South American country’s “politics of polarization” was to appoint a new electoral council. The current council is made up of five main directors and three alternates, some of whom have been dismissed by opposition leaders as biased in Maduro’s favor.

“We are working on achieving a political change in Venezuela with respect,” Parra said from the parliament building. “Our efforts are focused on holding clean, free elections immediately.”

“Risking our skin? Well, of course,” Guaido told reporters on Monday, referring to possible confrontations at the upcoming session.

After Parra’s swearing-in on Sunday, Guaido, who had been pursuing re-election to a second one-year term, held a separate session elsewhere in which 100 lawmakers, out of a total of 167, backed his bid.

He has been backed by the United States, the European Union, and a dozen Latin American countries. U.S. special envoy for Venezuela Elliott Abrams said Washington was looking at additional sanctions to put pressure on Maduro after Sunday’s events.

Russia, one of Maduro’s key international backers, said the election of a new parliament leader in Venezuela was the result of democratic procedure.

Guaido said Moscow was “interfering in our affairs.”