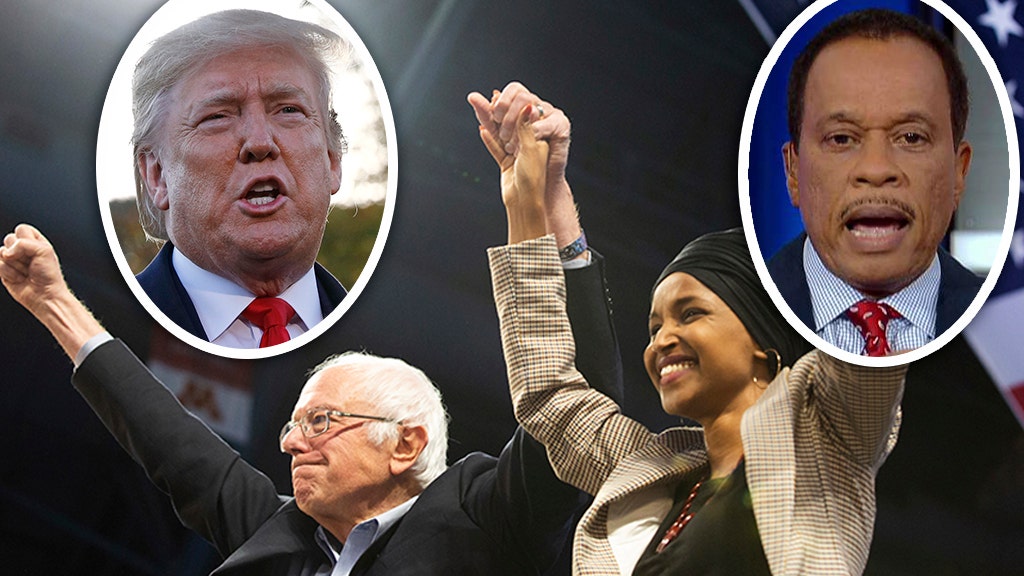 “The Five” reacted on Monday to Rep. Ilhan Omar, D-Minn., appearing with Sen. Bernie Sanders, I-Vt., over the weekend at a campaign rally to endorse his presidential campaign.

Omar issued a full-throated endorsement of Sanders at a spirited rally in Minneapolis’ Williams Arena on Sunday night, saying a “mass movement of the working class” was needed to take down President Trump and end “Western imperialism,” as she put it.

“I am beyond honored, excited for a president who will fight against Western imperialism and fight for a just world,” Omar said Sunday, prompting a reaction co-host Greg Gutfeld.

“We love him as an adorable, cranky Muppet, but his ideas are kind of destructive,” Gutfeld said of Sanders.

WHY DID OMAR VOTE ‘PRESENT’ ON RESOLUTION RECOGNIZING ARMENIAN GENOCIDE?

“When you accuse anybody of, like, ‘you don’t love America,’ when they are talking about America as some kind of Western imperialistic mess, there is a valid point to be made there,” Gutfeld said.

Co-host Emily Compagno brought up Venezuela before saying Sanders was not a “mainstream candidate.”

“I mean, people are right now in Venezuela buying gas with cigarettes. It’s ridiculous,” Compagno said. “And, this is why people laugh at him as eventually being the mainstream candidate… It’s never going to happen.”

Co-host Juan Williams jumped in and compared Omar’s remarks to those of President Trump.

“Isn’t Trump the one who says ‘America first,’ and trying to get us out of everything?” Williams asked. “And so, it seems to me like Trump is saying, hey, you know what, I don’t like this nation-building stuff. I don’t like the idea [of getting] involved as the world’s policeman. This sounds like the left-wing version of a Trump talking point.”

Fox News’ Gregg Re contributed to this report.