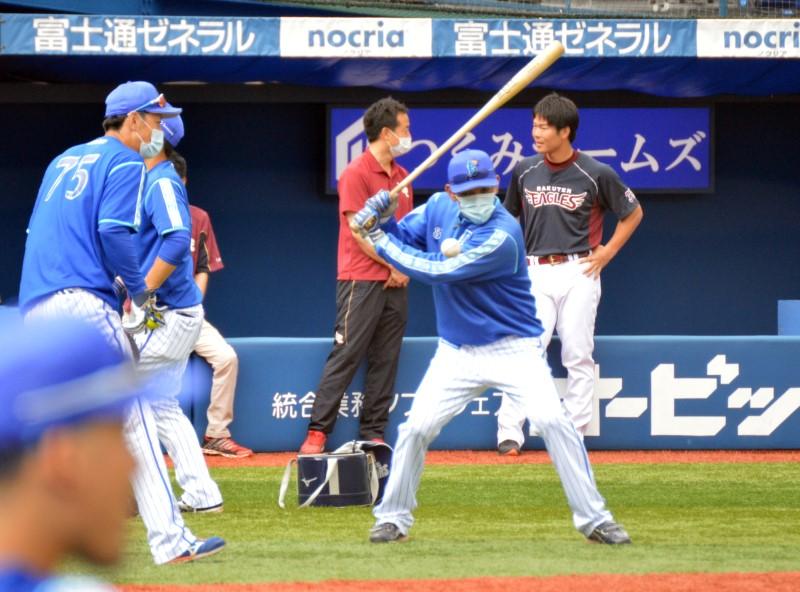 YOKOHAMA (Reuters) – Japan’s top baseball players got their first taste of competitive action on Tuesday, more than 10 weeks after the scheduled start of the season, as warm-up matches were held across the country.

Nippon Professional Baseball will stage its first competitive matches on June 19, albeit in empty stadiums, as the Japanese government lifts coronavirus restrictions that delayed the season from its March 20 start.

This season’s schedule, which has been reduced to 120 games, has been devised to limit the amount teams need to travel in hopes of reducing the risk of infection.

Yokohama DeNA BayStars held their first game against Tohoku Rakuten Golden Eagles in an empty stadium with only limited media and officials allowed to attend.

Everyone entering Yokohama Stadium had their temperature taken and were required to answer questions about their health.

None of the players wore masks but all members of both teams’ coaching and support staff did.

BayStars manager Alex Ramirez said that despite playing in an empty stadium and suffering from a delayed start to the season his players needed to just focus on what they can control.

“I just want the guys to go out there and play and do the best they can do,” Venezuelan-born Ramirez told reporters before the game.

“Just stay in control of themselves and then we will see what happens. I am not expecting too much from them.”

On Monday, several J.League soccer clubs held their first full-team practice since the coronavirus pandemic forced the suspension of play in late February.

The J.League is set to begin on July 4.