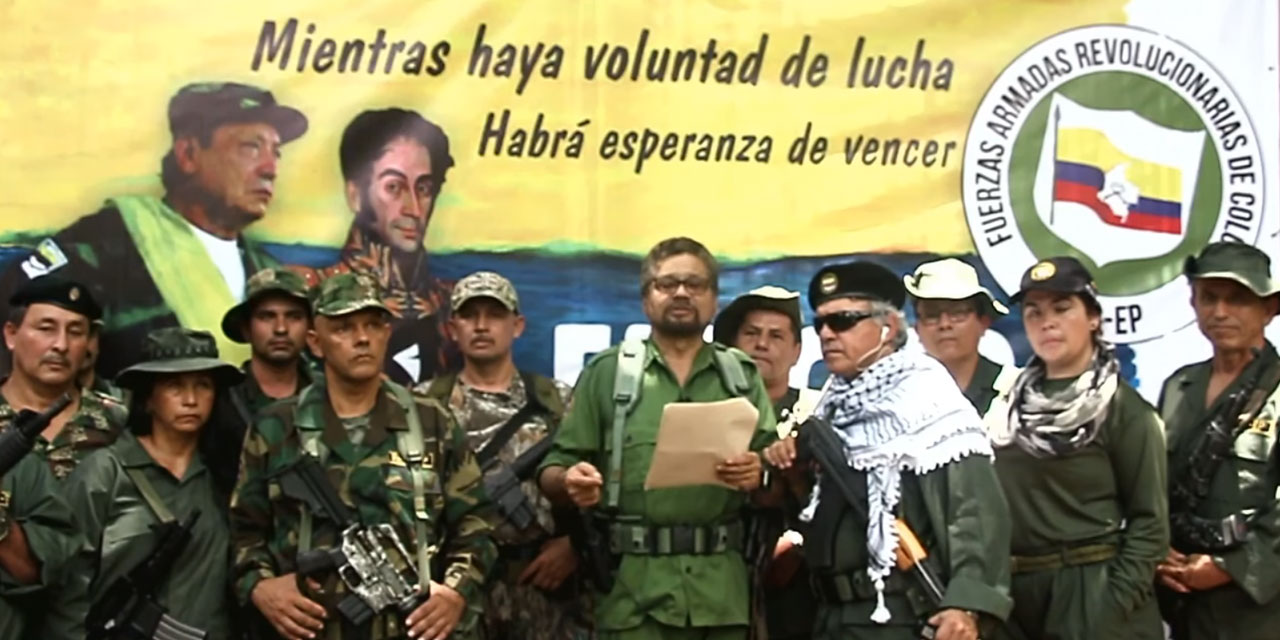 Almost half a year after the FARC‘s former political chief “Ivan Marquez” announced the formation of a new guerrilla group, nothing indicates this is working out.

Instead of embarking on a new military offensive from his presumed hide-out near the Venezuelan border, Marquez wrote a book, “The Second Marquetalia, the Struggle Continues.”

In almost all of these strongholds they are violently resisted by illegal armed groups that have taken the FARC’s place, mainly guerrilla group ELN, AGC paramilitaries, and the real big shot of the FARC dissidents, “Ivan Mordizco” of the 1st Front.

While Mordizco, the AGC and the ELN have been taking over the FARC’s abandoned criminal rackets and recruiting new members, Marquez and his sidekick “Jesus Santrich” seem to be almost completely isolated.

The new FARCs in numbers

According to conflict analyst Ariel Avila, at least 1,800 of the approximately 13,000 FARC members who registered to take part in the reintegration program in mid 2017 have rearmed.

The approximately 23 dissident groups have been able to grow to from a few 100 in 2016 to 2,400 earlier this month, mainly because of the recruitment of 600 men and women who were never part of the FARC, according to Avila.

According to Avila, the majority of the dissident guerrillas seem to have joined Mordizco, who never took part in the peace process in the first place and has been recruiting reinforcements for three and a half years.

With the exception of a few homicides in the southwest of Colombia, there have been few indications that Marquez’ groups has been very active, outside of Twitter.

The future may change things

So far, the situation of Marquez’ group seems similar to that of the Real IRA that formed in 1997 as a dissident group of the Provisional IRA in rejection of a ceasefire with the British government.

In Ulster, most IRA members saw no future in perpetuating the war they had been waging against the British government and loyalist paramilitary groups since 1969.

The Real IRA were only able to gain force and increase offensive actions after merging with other militant and criminal groups some 15 years after the Good Friday agreements.

Marquez has reportedly been negotiating with Mordizco, but without result. Splinter groups claiming to be affiliated with the New FARC have reached out to the ELN, but also without result.

For the Second Marquetalia to regain any force, Marquez seems to have no other choice than to abandon his ideological struggle and join the more crime oriented group of Mordizco and accept a low-ranking position.