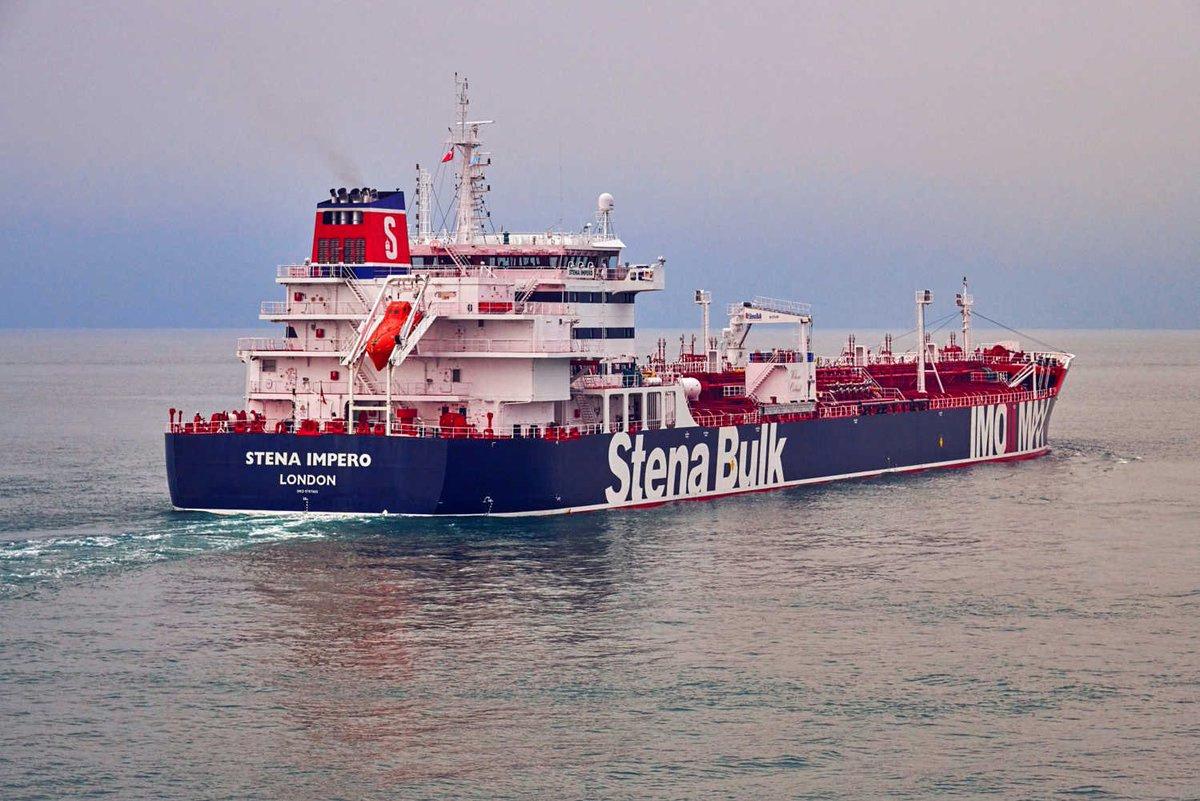 GENEVA/LONDON (Reuters) – Iran said on Saturday it seized a British-flagged oil tanker because it was involved in an accident, but Britain’s foreign minister said he feared Tehran was taking “a dangerous path” and other major European powers expressed alarm.

Iran’s elite Revolutionary Guards took control of the Stena Impero in the Strait of Hormuz on Friday after it collided with an Iranian fishing boat whose distress call it ignored, the Fars news agency reported.

The vessel and its crew would remain in the Iranian port of Bander Abbas while the accident was investigated, it said, quoting the head of Ports and Maritime Organisation in southern Hormozgan province, Allahmorad Afifipour.

France and Germany joined Britain in condemning the seizure.

All three countries are signatories to the 2015 nuclear deal between Tehran and world powers that Washington undermined by quitting last year, setting Iran’s already fragile relations with the West on a downward spiral.

“We have learned with great concern of the seizure of a British vessel by Iranian forces,” France’s foreign ministry said. “We strongly condemn it and express our full solidarity with the United Kingdom.”

A German foreign ministry spokesman said further escalation of regional tensions “would be very dangerous (and)… undermine all ongoing efforts to find a way out of the current crisis.”

U.S. President Donald Trump said on Friday he would talk to Britain about the seizure, which drove oil prices up above $62 a barrel and which Bahrain, where the U.S. Fifth Fleet is based, also condemned on Saturday.

Under the pact that Trump abandoned in 2018, Iran agreed to restrict nuclear work, long seen by the West as a cover for developing atomic bombs, in return for lifting sanctions. But sanctions have been imposed again, badly hurting Iran’s economy.

Britain’s foreign minister Jeremy Hunt said London’s reaction to Friday’s tanker seizure would be “considered but robust”, and it would ensure the safety of its shipping.

He accused Iran of a tit-for-tat response after the seizure by the British navy of Iran’s Grace 1 tanker in Gibraltar on July 4 on suspicion of smuggling oil to Syria in breach of European Union sanctions.

“Yesterday’s action in Gulf shows worrying signs Iran may be choosing a dangerous path of illegal and destabilising behaviour after Gibraltar’s legal detention of oil bound for Syria,” Hunt said on Twitter on Saturday.

On Friday, Hunt said the solution would be found via diplomacy and London was “not looking at military options.” Britain’s government said it had advised British shipping to stay out of the Hormuz area for an interim period.

A senior politician and Revolutionary Guards commander, Major General Mohsen Rezai, said on Twitter that Iran was also not looking for war, “but we are not going to come up short in reciprocating.”

Foreign Minister Mohammad Javad Zarif tweeted on Saturday that Iran was the guarantor of security in the Gulf and the strait.

Afifipour said the vessel had been taken to Bander Abbas, situated on Iran’s southern coast and facing the strait.

The tanker was not carrying any cargo and the 23 crew members – 18 of them Indians – may be interviewed on technical matters, Afifipour later told the ISNA news agency.

In New Delhi, India’s foreign ministry said it was actively seeking the release and repatriation of its nationals from among the crew.

Operator Stena Bulk said on Friday the tanker had been “in full compliance with all navigation and international regulations”, but could not be contacted. It had no further comment early on Saturday.

The vessel had been heading to a port in Saudi Arabia and suddenly changed course after passing through the strait at the mouth of the Gulf, through which a fifth of the world’s oil supplies pass.

The United States has blamed Iran for a series of attacks on shipping around the Strait of Hormuz. Tehran rejects the allegations.

Washington also said it had this week downed an Iranian drone near where the Stena Impero was seized.

Iran on Friday denied that assertion and Zarif, quoted in Venezuela on Saturday by news agency IRNA, accused Washington of creating worldwide “instability, pressure on people and increased extremism and terrorism.”

The United States is sending military personnel and resources to Saudi Arabia for the first time since the U.S. invasion of Iraq in 2003, and international concerns are growing that Washington and Tehran could blunder into a war in the strategic waterway.

Additional reporting by Parisa Hafezi in Dubai, Arno Schuetze in Frankfurt and John Irish in Paris; writing by William Schomberg in London; editing by John Stonestreet