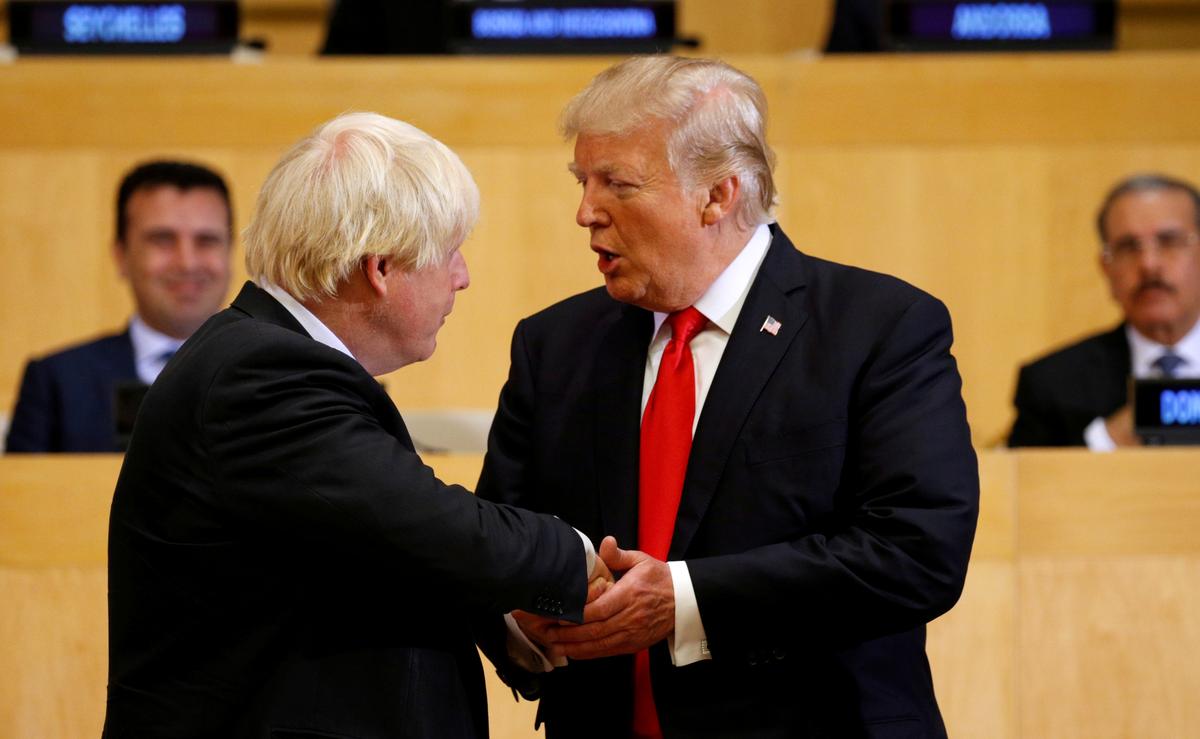 LONDON (Reuters) – Boris Johnson was elected as leader of Britain’s governing Conservative Party and the next prime minister on Tuesday, tasked with following through on his “do or die” pledge to deliver Brexit in just over three months time.

Here is some reaction to the news:

“Congratulations to Boris Johnson on becoming the new Prime Minister of the United Kingdom. He will be great!”

“We look forward to working constructively with PM Johnson when he takes office, to facilitate the ratification of the withdrawal agreement and achieve an orderly Brexit.

“We are ready also to rework the agreed declaration on a new partnership.”

“I congratulate my former counterpart, @BorisJohnson on becoming UK PM. Iran does not seek confrontation. But we have 1,500 miles of Persian Gulf coastline. These are our waters & we will protect them.”

“It is a good two thirds of the vote went to Boris so it shows it is a very, very clear win, something for the whole party to get behind… I think Boris is going to be fantastic, it was an excellent speech from him, very uplifting, very unifying…

“It was a strong message of unity for the party but also for the country as a whole.”

“If the new government in London charts the wrong course, the damage to trade with the UK and investments on the island could be swift and significant.”

“If you look at Johnson’s history he often takes different positions on the same issue… He is not really a Brexiteer in terms of his ideology, it’s all about political calculation so we think he will tilt towards a pragmatic outcome.”

“The options facing the UK remain broadly the same: a Withdrawal Agreement similar to that presented by Theresa May; a general election to win a greater majority for the Conservative party or a new referendum.

“The outcome will depend on how confident Boris feels in his own political power. His support of the Leave campaign gives him leverage over the right wing while the bluster may win Labour Leave voters. His personal background may help him retain the Tory heartland. But the key question is whether he will be able to extend his charm over the Channel.”

“The market response has been fairly muted so far, which is not surprising given how widely anticipated this outcome was. The pervasive uncertainty surrounding Brexit has already taken its toll on UK assets and is now somewhat priced in…

“If we look to betting markets as a guide to consensus expectations, we see a no-deal Brexit is a one-in-three chance, with investor dread of this being somewhat offset by the view that there is still a one-in-four chance that Brexit is cancelled.”

“This increases our chances of a no-deal Brexit, and 10-year Gilts at 70 bps is already pricing that in. The big risk is whether he can he form a government and I think he can…

“It will be a very Brexiteer cabinet and markets are set up for that. We have roughly 100 days until Oct 31 to sort this out, it seems unlikely. We don’t see a chance of a general election as we don’t have time.

“What we have seen from new European head is that nothing will be changed. It seems like we are headed towards a no-deal Brexit.”

“Johnson has said he wants to renegotiate the withdrawal agreement but when the realities of what that means get explained to him, he may soften and try to get something akin to what Theresa May was trying to achieve. This will be difficult but not impossible if Ireland agrees to concessions on the backstop You may see other EU countries supporting that too…

“But if that doesn’t occur towards mid- to late-September you will see Boris Johnson pivot towards no deal. He may have to go for a delay but that will be because parliament forces his hand…

“There is probably a belief that there is scope for the EU to concede some points. When they talked to Theresa May they never thought no deal was possible whereas Johnson’s rhetoric shows he’s is not afraid of no deal. Remember the EU, and Ireland in particular, don’t want a no deal either.”

“One thing you can be sure about is (Johnson) …wants looser fiscal policy. There’s been lots of talk of tax reform. Part of that is preparing for a no-deal, but ideologically he is also keen to reduce the tax burden. If we saw a no deal as more likely, he’d probably bring forward the budget.

“Sterling will be rangebound until there’s more clarity on Brexit.”

“We now estimate that the market is pricing in a 50 per cent chance of a no-deal Brexit at the end of October. We believe (this) is too high.”