Posted By: admin 7 days ago 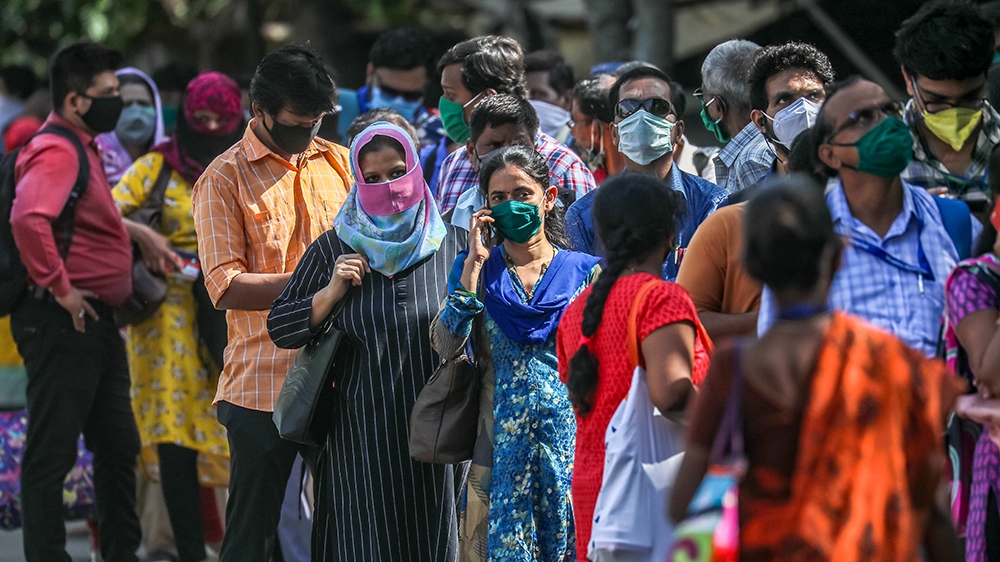 Australia’s state of Victoria recorded 41 new confirmed cases of coronavirus on Saturday, double the daily rate seen a week ago, struggling to gain control over the pandemic while the rest of the country continues easing social distancing restrictions.

India’s confirmed coronavirus cases crossed half a million on Saturday with another record 24-hour jump of 18,552 infections.

The surge prompted authorities in the northeastern state of Assam to impose a two-week lockdown in the state capital of Gauhati. About 700 new cases were reported there in just four days.

Microsoft said it will close all of its stores and move its retail operations online, keeping just four locations, including in New York, London and Sydney, and transforming them into “experience centres”.

The move means the more than 80 Microsoft stores closed due to the coronavirus pandemic will not reopen as the tech giant enters “a new approach to retail”, according to a statement.

The figures bring China’s case-load to 83,438. Some 17 of the 21 cases were confirmed in the Chinese capital, where authorities say they have brought an outbreak linked to a wholesale food market under control.

In South Korea, 35 of the new cases came from the densely populated Seoul area, which has been at the centre of a COVID-19 resurgence since late May. The country’s total caseload now stands at 12,653, including 282 deaths.

People relax in the park at Summer Palace on a public holiday in Beijing, China, on June 26, 2020 [Thomas Peter/ Reuters]

Fans gathering at the Liverpool city centre for a second night in a row to celebrate their team’s Premier League title win have been urged to return to their homes due to fears of a surge in COVID-19 cases.

Police issued a dispersal order on Friday after huge crowds turned up at the city centre near the Mersey Ferry terminal, saying the order would remain in force until Saturday.

A Section 34 Dispersal Order has been issued around the Liverpool City Centre (seen on map) under the ASB, Crime and Policing Act 2014 following large gatherings in the area this evening. The order will be in place until 28th June. pic.twitter.com/6BVSZzibKI

Liverpool mayor Joe Anderson also urged fans to return home, saying: “COVID-19 is still a major risk and our city has already lost far too many people to the illness.”

I am really concerned about scenes at Pier Head tonight. I appreciate #LFC fans want to celebrate but please, for your own safety, and that of others, go home and celebrate at home. Covid-19 is still a major risk and our city has already lost far too many people to the illness pic.twitter.com/fqoQZvcSQG

The US recorded at least 40,870 new cases of COVID-19 on Friday, the largest single-day increase of the pandemic, according to a Reuters tally.

The new record brought the total number of US residents to who have tested positive to at least 2.475 million, and came as the White House coronavirus task force reconvened after a two-month absence.

Dr Anthony Fauci, the country’s top infectious disease expert, said the US was facing a “serious problem” and urged people to mind their responsibility to others: “A risk for you is not just isolated to you.”

The International Monetary Fund said it will provide Myanmar with $356.5m in emergency funding, as the Southeast Asian country battles an economic slump due to the coronavirus pandemic.

“The Myanmar economy is being impacted by the outbreak of COVID-19 through a sharp decline in tourism and remittances and supply chain disruptions,” Mitsuhiro Furusawa, IMF deputy managing director, said in a statement.

Some 40 drones lit up the Madrid night sky on Friday as part of a special display designed to pay tribute to victims of the coronavirus outbreak as well as to honour emergency services.

The drones created various shapes during the 10-minute routine such as a flying dove, a house and a parent and child walking, as well various flags of the countries badly hit by the COVID-19 outbreak, including Spain, Italy, France, China and the US.

Using LEDs and a prepared software, they also spelt out messages including “Hope” and “Heroes”.

The United Kingdom said it will lift its two-week coronavirus quarantine rule for visitors arriving from some “low-risk” countries, after pressure from airlines and the tourism sector.

The government said it will publish a list next week of the countries from where people will be allowed to enter Britain without needing to self-isolate for 14 days, as currently required. The announcement will follow discussions with countries including France, Greece and Spain in “the coming days”, with the changes set to take effect in the week beginning July 6.

An expert panel will put nations into three categories: green, amber and red. Passengers arriving from green and amber countries will no longer have to quarantine themselves for 14 days after their arrival.

“Our new risk-assessment system will enable us to carefully open a number of safe travel routes around the world,” a government spokeswoman said. “But we will not hesitate to put on the brakes if any risks re-emerge.”

The rules for red-category countries will not change.

Colombian President Ivan Duque called Venezuela a public health “time bomb”, saying the lack of reliable information about the status of its neighbour’s coronavirus outbreaks was a worry as his government tries to control its own infections.

Venezuela has acknowledged just 4,600 coronavirus cases and 39 deaths, while Colombia has reported around 80,600 confirmed cases and more than 2,600 deaths.

“In the case of Venezuela the information is non-existent,” Duque said in an interview with Reuters. “There’s not good hospital capacity or good epidemiological capacity; for a long time they haven’t had serious vaccination programs.”

“I think Venezuela is a time bomb from the public health point of view.”

Judge Gary Sharpe said the plaintiffs’ religious activities “will be burdened and continue to be treated less favourably than comparable secular activities”.

He also lifted restrictions limiting the number of people who can attend outdoor religious gatherings, noting that both state Governor Andrew Cuomo and New York City Mayor Bill de Blasio had expressed approval for protests against racism and police brutality last month while continuing to support curbs on religious gatherings.

Christopher Ferrara, an attorney for the plaintiffs, called the unequal restrictions “an irrational targeting of houses of worship”.

Deacon Robert Lavanco of Our Lady of Hope Catholic Church prays with local residents during a procession to bring blessings to worshippers outside their homes while their church sanctuary is closed to them in the Queens borough of New York City, New York, the United States [File: Mike Segar/ Reuters]

The European Union (EU) is set to exclude travellers from the United States, Brazil and Russia when the bloc reopens its borders to outsiders on July 1, diplomats told AFP and Reuters, citing the uncontrolled transmission of the new coronavirus in the three countries.

Ambassadors from the 27 EU member states convened on Friday afternoon to establish criteria for granting quarantine-free access from next Wednesday.

The meeting ended with a tentative list of about 18 countries from which people are free to travel to Europe, but the list did not include the United States, Brazil or Russia, according to Reuters and AFP. National governments were given until 16:00 GMT to approve the list.

Travellers from China would be approved to enter, but only subject to reciprocity from Beijing, the agencies said.

Alberto Fernandez, the president of Argentina, said the South American country will extend and tighten a lockdown in and around Buenos Aires following a sharp rise in new coronavirus cases.

Overall cases in Argentina have risen five-fold since late May, surpassing 50,000 on Thursday when there were 2,606 new confirmed daily cases. The death toll stands at over 1,150.

Fernandez said restrictions on movement in the densely populated capital would be tightened again until July 17. “We need to gain time to guarantee that our health system is ready and can serve everyone … The quarantine is a remedy for the pandemic, the only one we know of.”

He added: “The economy is deteriorating, but the economy will recover. What unfortunately we are not going to recover are those thousand Argentines who have left us.”

For all the key developments from yesterday, June 26, go here.