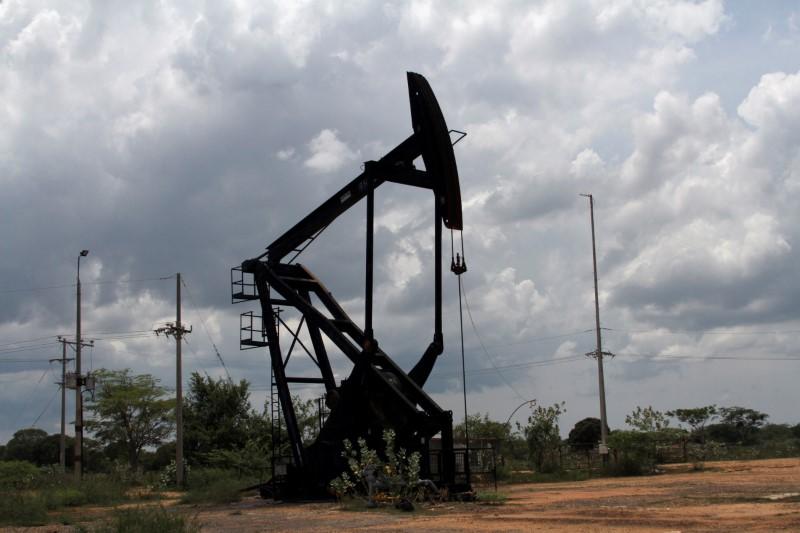 LA CAÑADA DE URDANETA, Venezuela (Reuters) – With the $2 he earns in wages each week working as a cargo driver for Venezuelan state oil company PDVSA, 56-year-old Freddy Brito cannot even afford to buy one kilogram (2.2 lb) of cheese.

To feed himself and his wife as the once-prosperous OPEC nation suffers a hyperinflationary economic collapse, Brito depends on a monthly basket of rice, canned tuna, beans and other products valued at $200 given to him by California-based Chevron Corp (CVX.N), PDVSA’s minority partner at the Petroboscan field in western Zulia state where he works.

But Chevron’s future in Venezuela now depends on U.S. President Donald Trump, who must decide here by Oct. 25 whether or not to renew a waiver allowing Chevron to keep operating in Venezuela despite U.S. sanctions on PDVSA, part of Washington’s campaign to oust socialist President Nicolas Maduro.

The benefits enjoyed by Brito and some 1,200 other Petroboscan employees and contractors are not available for most of cash-strapped PDVSA’s 100,000-odd workers, who have seen their wages eroded due to inflation, prompting thousands to resign here and join the 4 million Venezuelans who have emigrated.

“If Chevron leaves, we would be left without a helping hand, because what little we have comes from them,” Brito said.

Chevron has been present in Venezuela for nearly 100 years: it opened its Caracas office in 1923, and first struck oil at the Boscan field in 1946, making it among the private companies with the longest presence in the country.

But in January, the U.S. Treasury Department slapped sanctions on PDVSA as part of Washington’s effort to cut off cash flow to Maduro. Chevron was only able to remain in Venezuela thanks to a six-month exemption granted to it and major oilfield service companies like Halliburton Co (HAL.N) and Schlumberger NV (SLB.N). The companies are keen to retain a presence in Venezuela, which has the world’s largest crude reserves.

The campaign to oust Maduro has since stalled, despite Venezuela’s deteriorating economy and accusations of human rights violations. After internal debate here within the administration, Trump in late July renewed the waiver for three months.

Some in the administration, like Secretary of State Mike Pompeo, argued that, were Chevron to leave, Maduro might deliver its assets to Russian or Chinese companies, depriving a potential new government of a chance to rebuild the economy in partnership with the U.S. firm. But others, such as former National Security Advisor John Bolton, argued that forcing Chevron out could prompt a further decline in crude output, adding to the economic pressure on Maduro.

With the new deadline looming, residents of La Cañada de Urdaneta, where Petroboscan’s operations are located, fear the company’s exit would add further misery to a drastic deterioration in their quality of life during the last seven years of recession.

“Chevron has supported everything,” said Yennifer Gonzalez, a parent of three students at the San Agustin school in La Cañada, where the company funds meals for students and staff, and is also paying for a construction project. “If Chevron leaves, here in the field things will not be the same.

By law, PDVSA’s joint ventures are required to invest 1% of their profits in social programs in the areas where they extract crude. In La Cañada, Chevron’s logo adorns schoolyard basketball hoops it donated and police stations it helped build.

Chevron spokesman Ray Fohr said in a statement the company’s social investment contributions totaled nearly $100 million between 2007-2018, and that the firm was a “positive presence” in the country.

Neither PDVSA nor Venezuela’s oil ministry responded to requests for comment. Maduro blames an “economic war” led by the United States for the country’s problems.

Venezuela’s crude output steadily declined from well over 2 million barrels-per-day (bpd) in 2014 to just over 1 million bpd by the end of last year, the result of a drop in prices and what critics say is years of underinvestment and mismanagement. Blackouts and U.S. sanctions have accelerated that collapse this year: the country now produces just 600,000 bpd.

Petroboscan and Petropiar, Chevron’s other major joint venture with PDVSA, together pumped well over 100,000 bpd earlier this year. But both have halted production completely at times in recent months, as Washington’s sanctions scare away buyers and Venezuela’s storage tanks near capacity, according to sources and documents seen by Reuters.

None of the dozen pumpjacks that Reuters observed while driving through the Boscan field on Oct. 14 and Oct. 15 were turning.

Should Chevron be ordered to depart, that would be unlikely to have a major impact on Maduro, analysts said.

“Two million barrels to 600,000 barrels and these guys are still there,” said Francisco Monaldi, an energy economist at Rice University in Houston, referring to Maduro’s government. “And you think that because of 100,000 (fewer bpd) it’s going to make a difference?”

Even with Chevron’s help, Brito’s patience with his miniscule wages is wearing thin. He held back tears when talking about his four children who have moved to Colombia, where he said many Petroboscan workers would emigrate if Chevron left.

“I can tell you because I’m one of them,” he said. “I’ll sell what I have here, pack my bags, and I’ll drive away in my truck.”